Nepal to meet Pakistan in semis 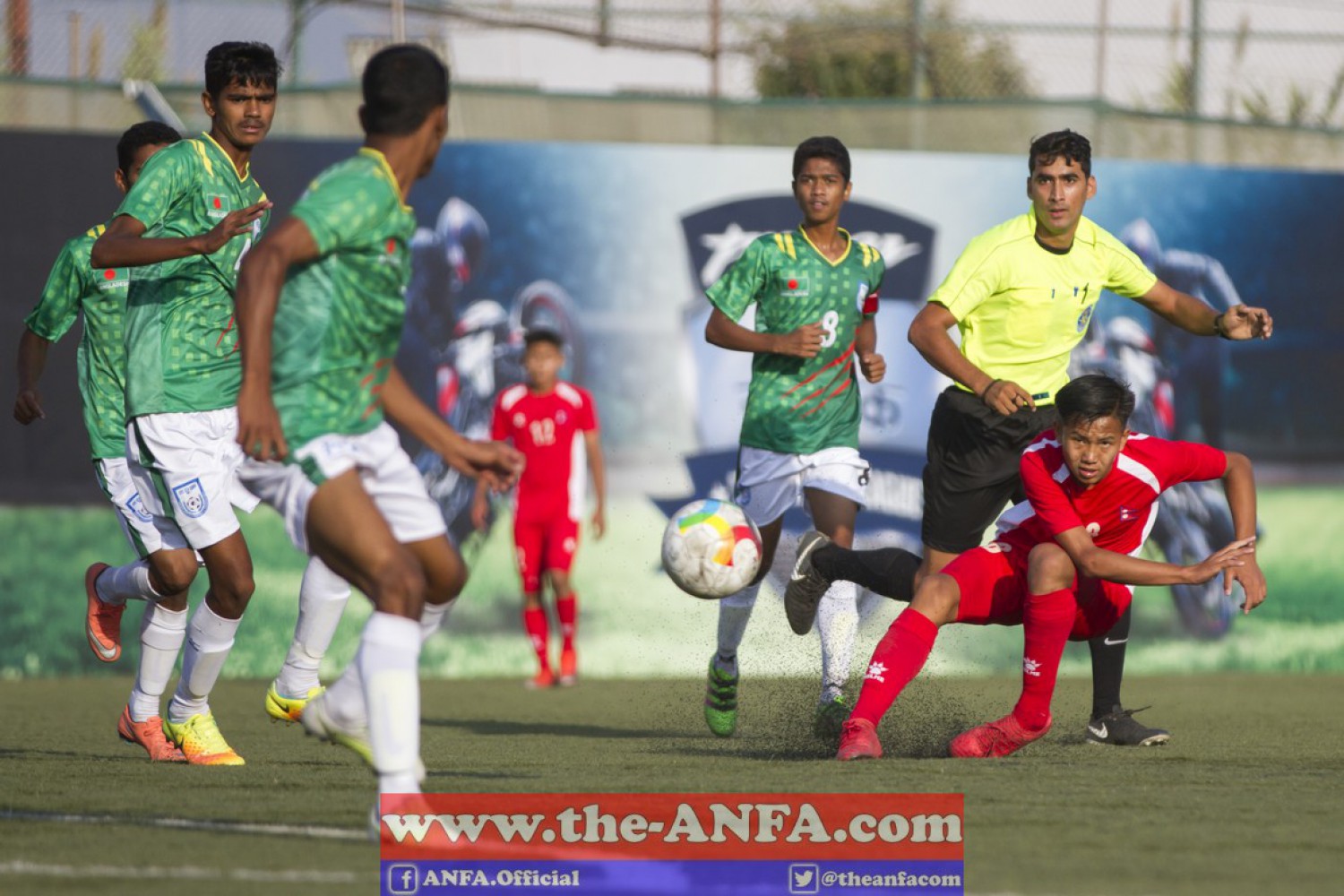 October 29, 2018 – Nepal lose 1-2 against 10-man Bangladesh side as they find Pakistan as their semifinal opponent in the ongoing SAFF U15 Championship that is being held in Kathmandu. Meanwhile, India defeated Bhutan 4-0 in the first match of the day as India secure semis berth. Midfielder PAUL SHUBHO opened the firing for India in the 4th minute while SUBBA KUSHANG increased India’s lead in the 66th minute. PAUL scored his second and teams third goal later in the 83rd minute and XALXO AMAN’s 90th minute strike sealed India’s victory. In the heated second match 10-man Bangladesh snatched a shocking win over Nepal. Bangladesh took the lead quick after the kick off through MD IBNE AHAD SAKIL (2’). Bangladesh turned to 10-man when their Goalkeeper MITUL MARMA was shown a straight red card for a deliberate foul to RAKESH BISHOWKARMA. It was the first sent off in the championship. JAAN LIMBU from the spot leveled the score in the 36th minute but MD PAJON HOWLADAR (46’) wrapped the up the victory one minute from the interval. Nepal tried to respond again into the match with several attempts but failed in each opportunity. “With the advantage of 10-men and with the ball we caused Bangladesh a lot of problems, created chances and looked dangerous but fail in capitalizing,” said Nepal Head Coach Sanoj Shrestha in the post match meeting. Likewise, Bangladesh head coach, Mostafa Anowar Parvez lauded his players. Parvez said, “The team was made more complicated with the red card, it seemed harsh. But, hats off to the players for victory, because Nepal is a good team. “ The semifinal matches will be held on November 1.