Bangladesh, Pakistan to vie for the title 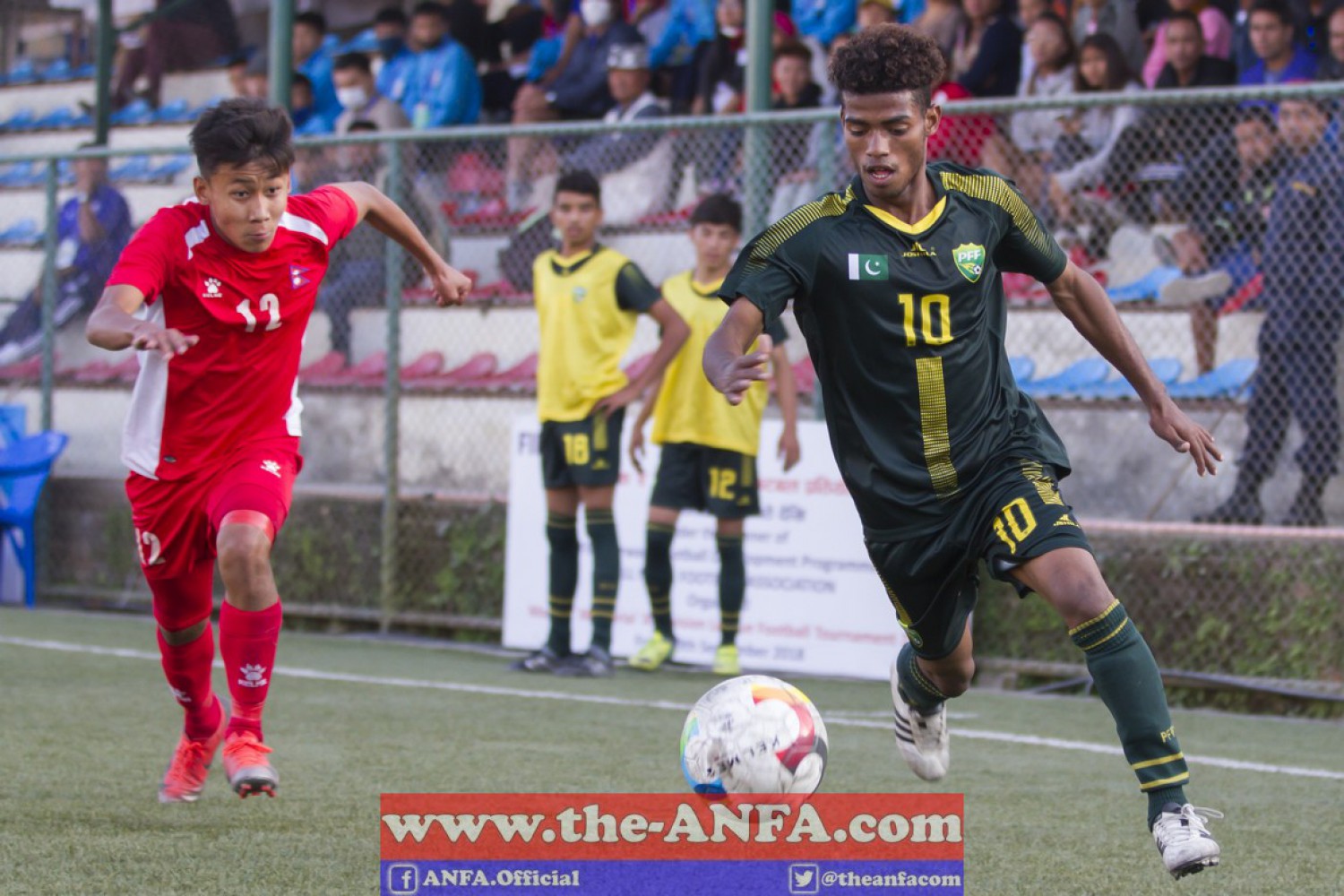 November 1, 2018 – Pakistan ousted Nepal 4-0 in the semifinal of the ongoing SAFF U15 Championship to set final date with Bangladesh in the SAFF U15 Championship 2018 held at ANFA Complex today. Bangladesh in the first semifinal match of the day sidelined India 4-2 on penalty shoot. Substitute MD ASHIKUR RAHMAN netted a fortunate late leveler for Bangladesh in a 1-1 regulation time draw against India. PATRE HARSH SHAILESH had put India into a first half lead. Team India was inspired by SHAILESH’s 17th minute 35 yard long ranger screamer. Bangladesh dominated the second half but could not find a way through a brave India defensive performance until the injury minutes. RAHMAN scored through penalty in stoppage time as Bangladesh came from behind to push the match into spot kick battle. In the penalty shootout, Bangladesh dramatically defeated India 4-2 as they enter the finals of the championship. Likewise in the other semifinal match, Pakistan defeated Nepal 4-0. Nepal defender JAAN LIMBU gifted Nepal with an own goal helped Pakistan lead in the match. LIMBU in the 54th minute directed the ball into the own post while blocking the cross of IFTIKHAR AHMED. MOHIB ULLAH scored two goals in 60th and 69th minute through penalty while MOIN AHMED in the 77th minute confirmed Pakistan’s spot in final against Bangladesh. Nepal was reduced to 10-man after JAAN LIMBU was flashed with red card for obvious tackle on goal to IFTIKHAR AHMED in the 58th minute.