Chyasal Youth Club come from behind to get a point against Nepal Police Club. 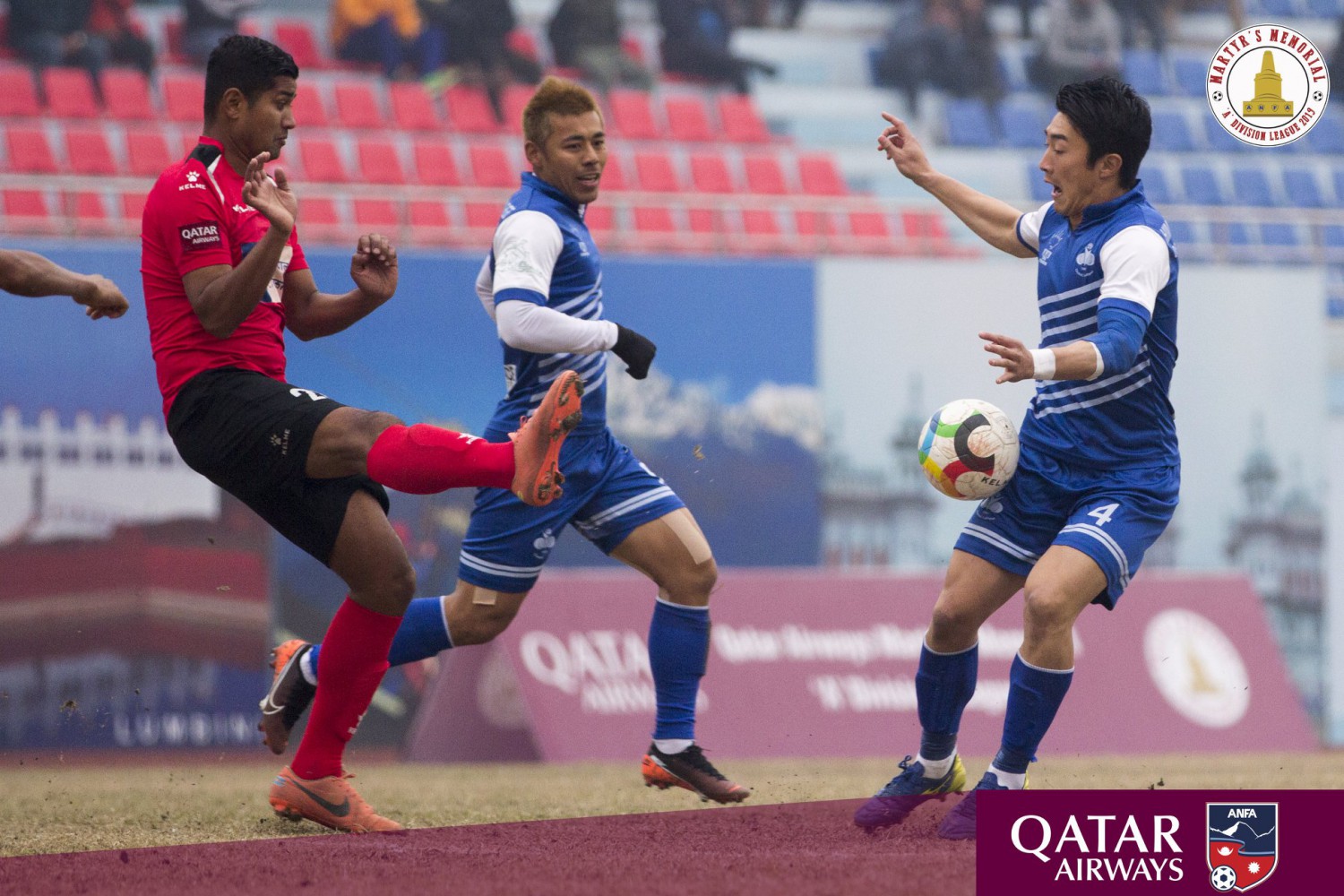 Santosh Sahukhala's two-goal earned Chyasal Youth Club a point as they twice came from behind to draw 2-2 with Nepal Police Club in ongoing Qatar Airways Martyrs' Memorial 'A' Division league at Dasarath Stadium on Wednesday. Nir Kumar Rai's early goal in the 5th minute gave NPC an advantage against CYC. Rai shot a wonderful flying volley into the post, leaving CYC goalie speechless. Later CYC captain Santosh Sahukhala equalized at the 18th minute with his 100th 'A' Division League goal. A free-kick from Hemant Thapa was saved by the keeper but Santhosh was there for the rebound. NPC gained back the lead again at the 40th minute when Suman Lama's venomous strike went into the goal in the top right corner.

Sahukhala was also congratulated at the end with a bouquet for 100th Martyr's Memorial 'A' Division League goal.