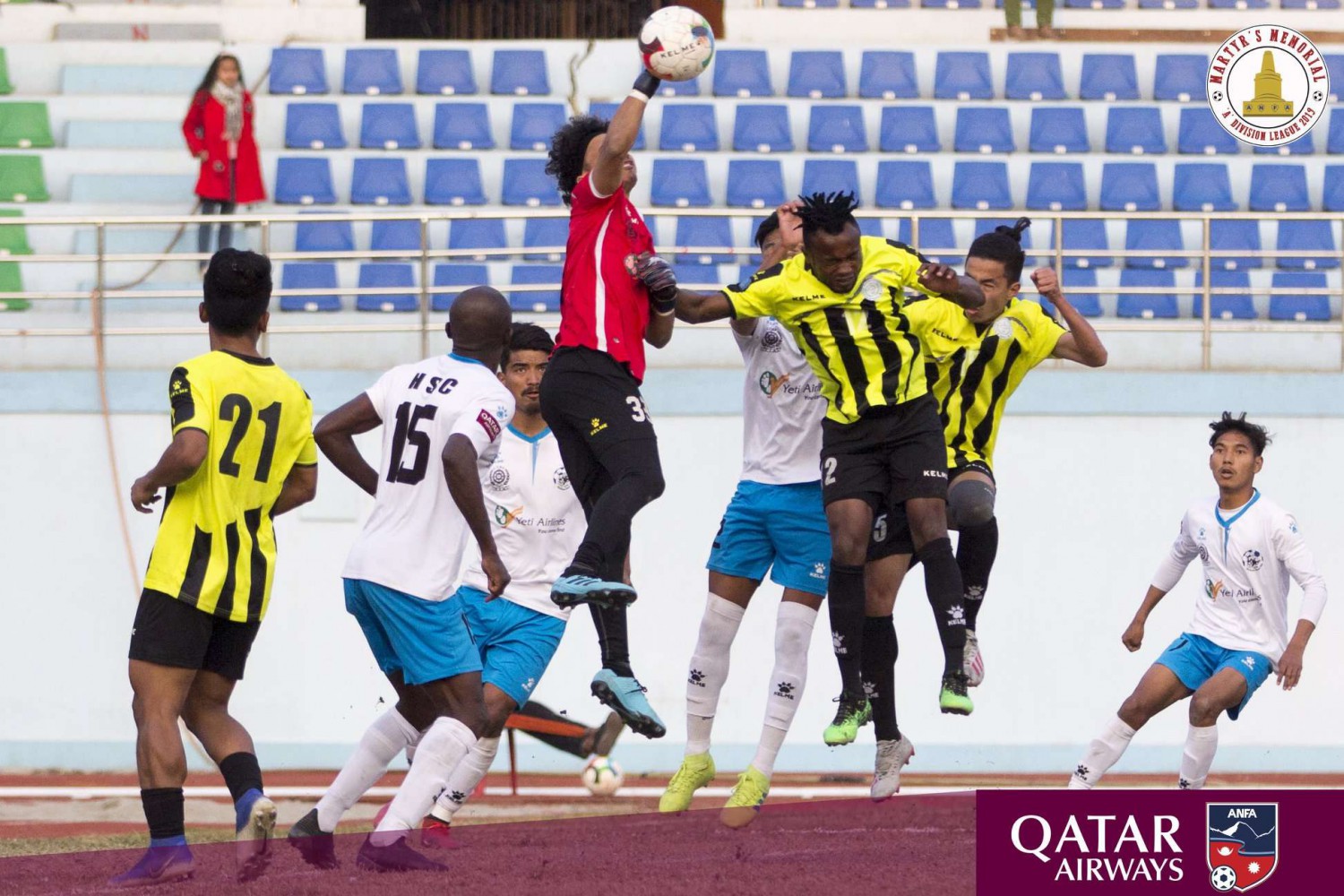 With three players being baned for last weeks brawl with Machindra Football Club players, MMC were unable to get a victory in the match. Both teams played a competetive game in the match. HSC got many chances throughout the game but their poor finishing just could not help them to get the ball into the net. MMC were 10 men fown in the 73rd minute after Suraj Bishwokarma was shown red card for a dangerous foul on Stephene Samir of HSC.

Ulrich Siwe from HSC was awared with Kelme man of the matchfor his heroic performance.