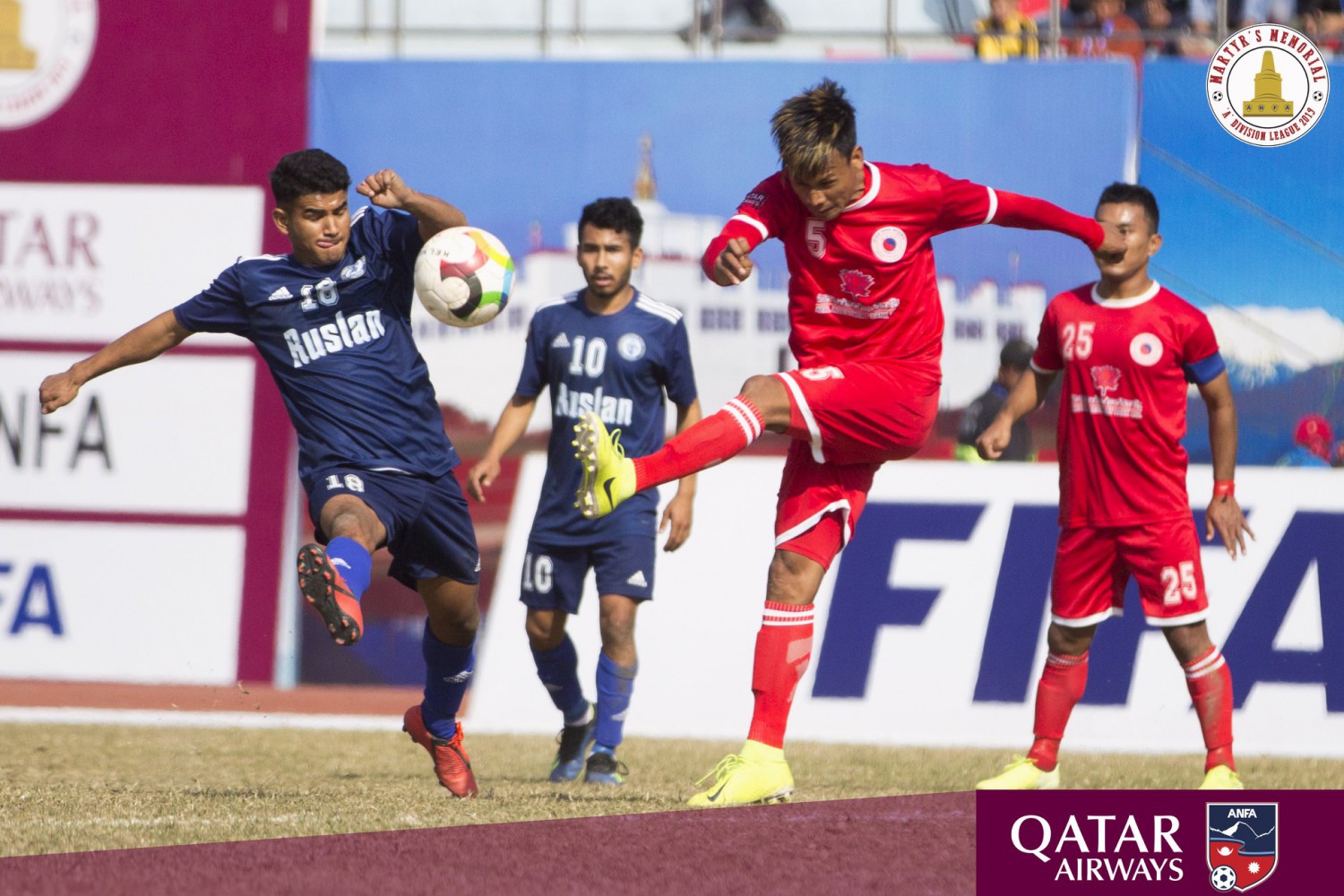 NIBL Friends Club Kupondole registers their first win as they defeat Ruslan Three Star club by a goal to nil. NIBL Friends Club took an early lead with Wagner De Carmo’s goal in the 13th minute of the game. Both teams were playing the attacking game throughout the first half; TSC to level up the score and FC to increase the lead. TSC keeper Priso made multiple saves to keep TSC in the game. Similarly, Dev Limbu made brilliant saves to maintain FC’s lead. Friends Club's manager and team coach were shown a yellow card for a disciplinary issue. The second half was no different from the first half as both the teams continued their attacking play. Although TSC dominated the possession in both the halves, FC were the ones with more attempts on goal. TSC put attacking pressure at the end of the second half but FC defense and keeper stood their ground. The game ended with Wagner De Carmo’s only goal separating the two teams. Wagner De Carmo was awarded the Man of the Match award for his performance.