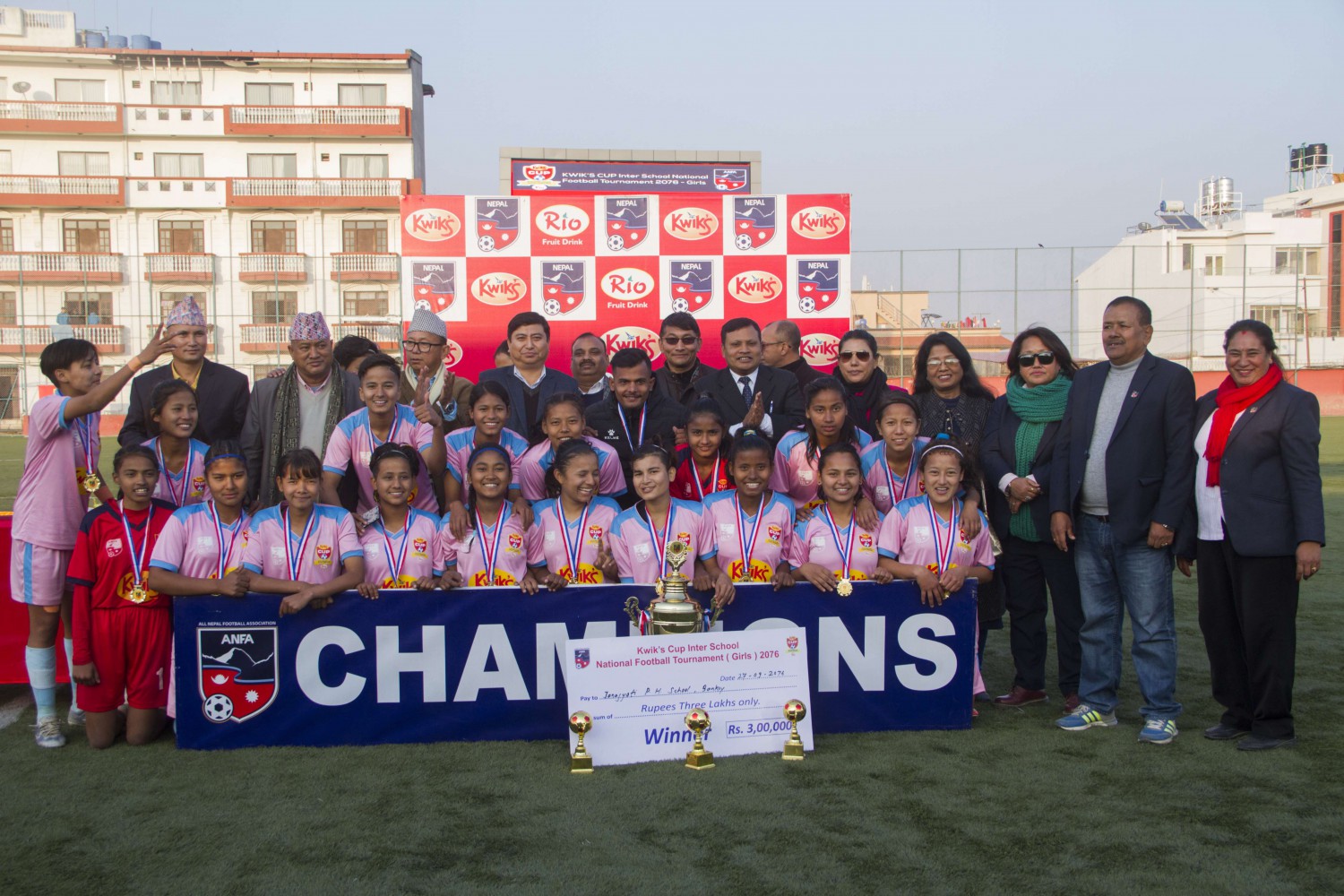 Jana Jyoti defeated Durga Secondary School 2-1 in the finals of the tournament that was played at the ANFA Complex, Satdobato today.

The best players and coach were prized with Rs. 5, 000 each.