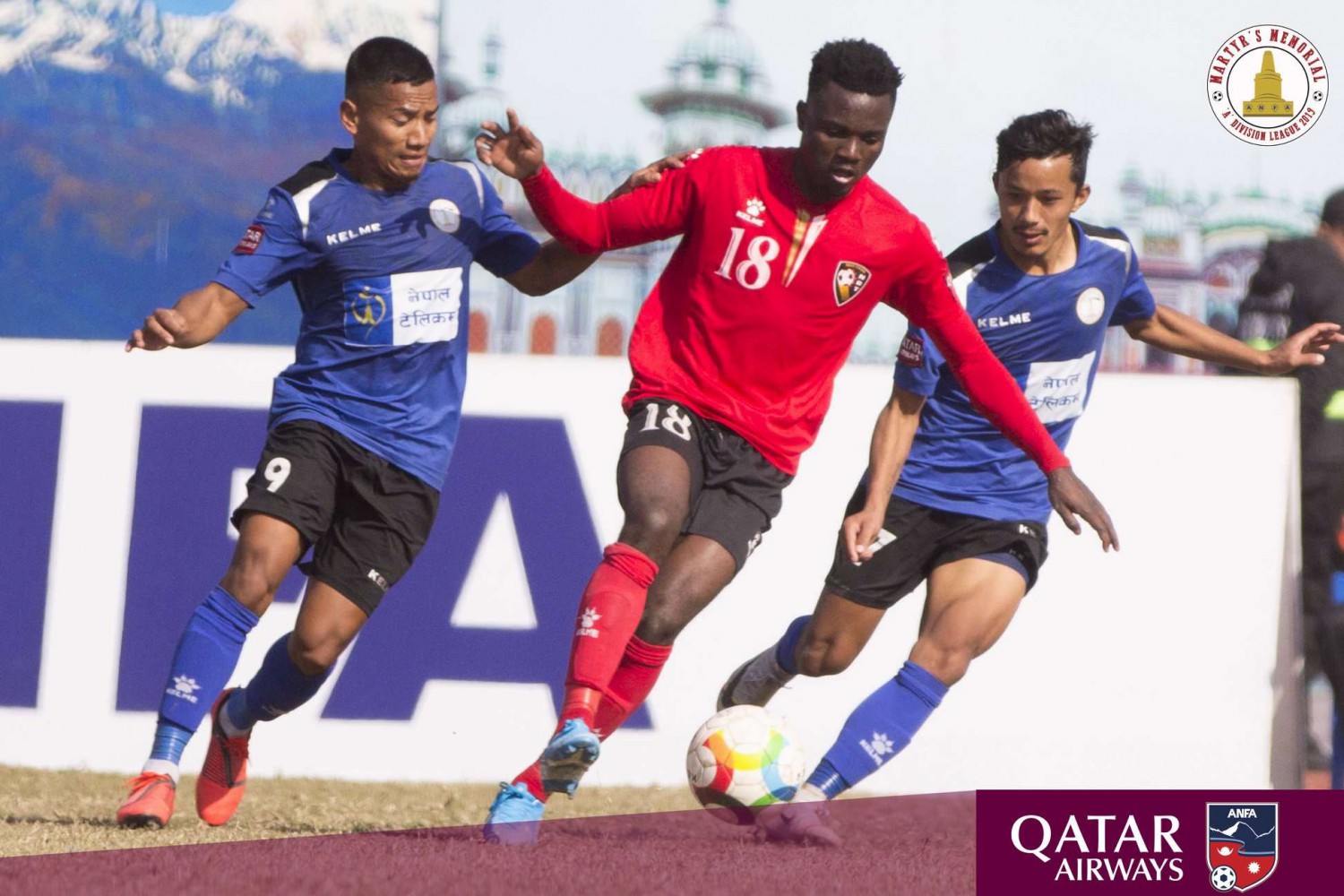 The only goal of the game came from NRT’s Darshan Gurung at 76th minute of the game. Gurung scored from the center of the box on Pajesh Pariyar’s top class through ball inside the box from the right side of the pitch.

The first half didn’t offer much of an attacking display as both of the teams failed to create good chances. In 49th minute, NRT defender Arik Bista denied NPC’s attempt with a goal line clearance. Rajesh Pariyar(NRT), who came off from the bench, provided excellent through ball to Darshan Gurung who converted the beautiful goal. Anjan Rai(NPC) had a chance to get their team back in he game at injury time but his well structkshot from outside the box hit the top edge of the cross bar. Both the teams could pull out no further goal and the match ended 1-0 in favor of NRT.

NRT midfielder Arik Bista won Kelme Man of the Match award for his contribution in the win.