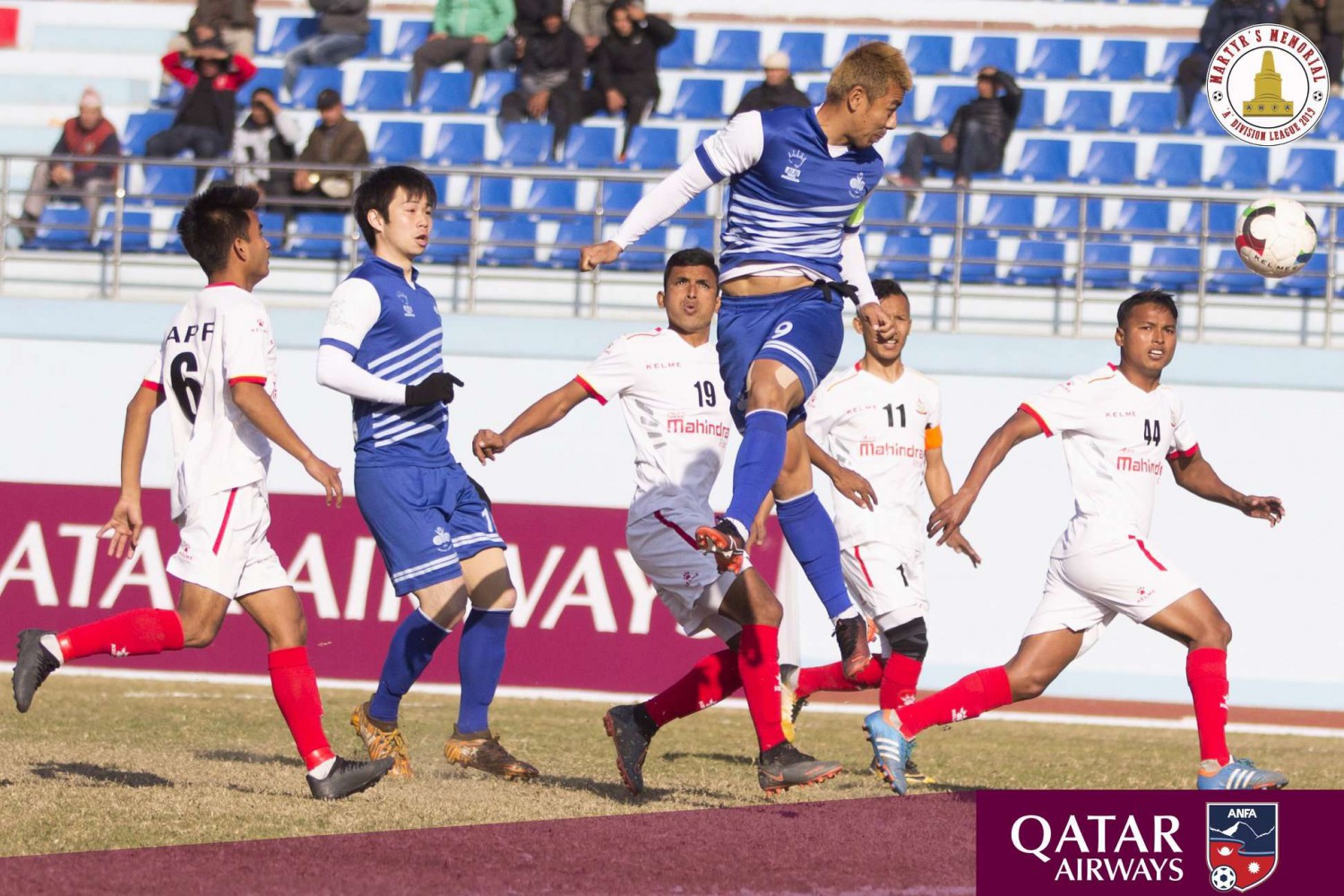 Match between Chyasal Youth Club and Nepal APF Mahindra Football Team ended in a stalemate with a score 0-0 in ongoing Qatar Airways Martyr's Memorial 'A' Division League at Dashrath Stadium on Monday.

In first half, keepers from both teams showed a very good play with both saving shots from good positions. Teams played well in the match with similar shot attempts. CYC's captain Santosh Shahukhala had a golden chance in the 72nd minute from the center of the box but could not give a right amount of power to the ball for a goal. CYC's keeper Alan Neupane also played well with many vital saves.

APF's Rajan Gurung was given the Kelme Man of the Match award for the match.