Sankata Club and Brigade Boys Club share a point each in a goalless draw. 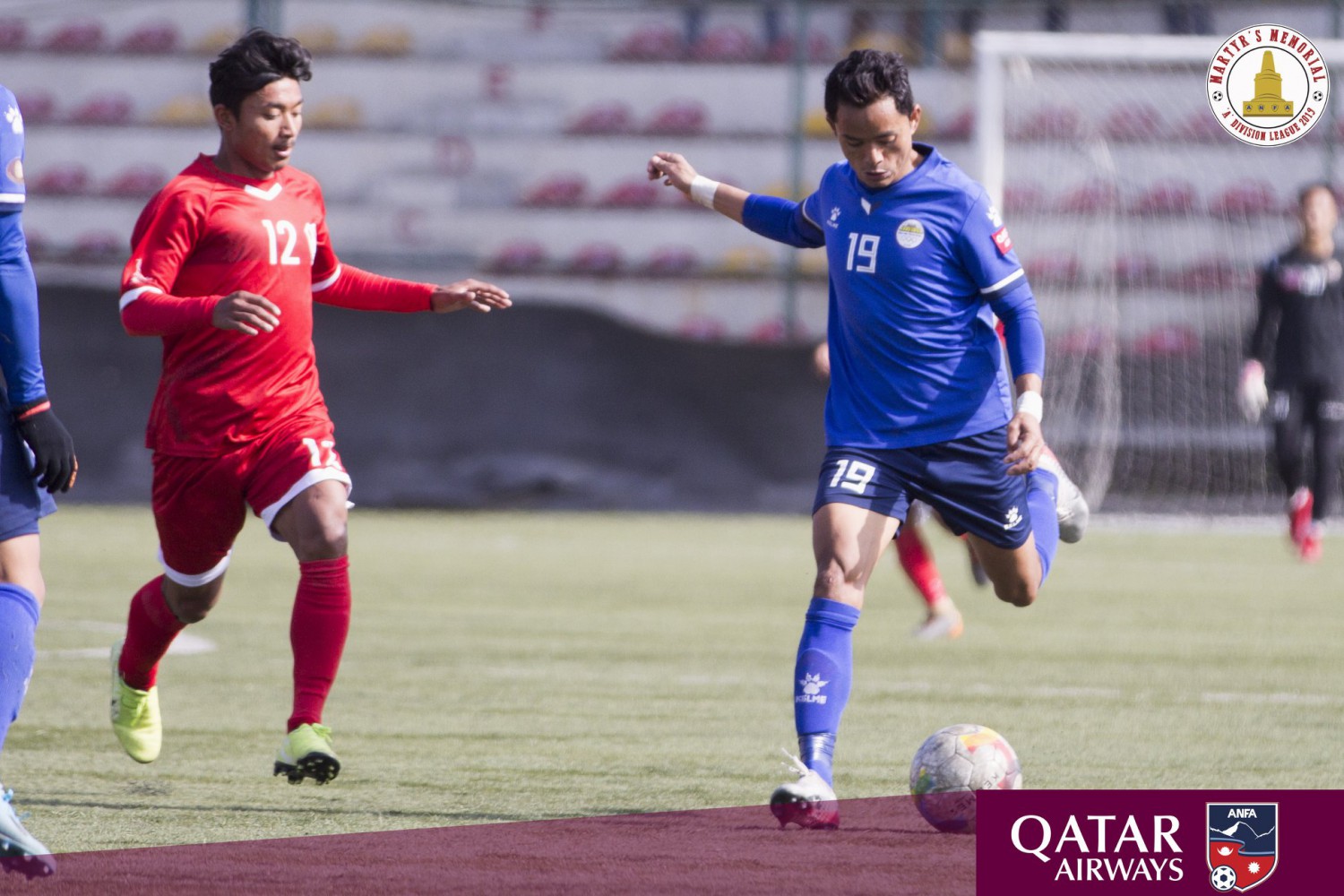 Sankata Club ties with Brigade Boys Club with a scoreline of 0-0 in the seventh round game of ongoing Qatar Airways Martyr's Memorial 'A' Division league at ANFA complex, Satdobato on Monday.

SC had many attempts on the goal but they could not get past BBC's keeper Bishal Sunar. BBC's George Vincent was booked at 26th minute for arguing with the referee. The BBC international substitute Mohamad Sawcat who replaced Isaac Olakaji was also booked just after entering the field at 45th minute.

He was shown a yellow card for a dangerous foul. BBC keeper Bishal Sunar was awarded the Kelme man of the match award for his wonderful saves that helped them to get a clean sheet.