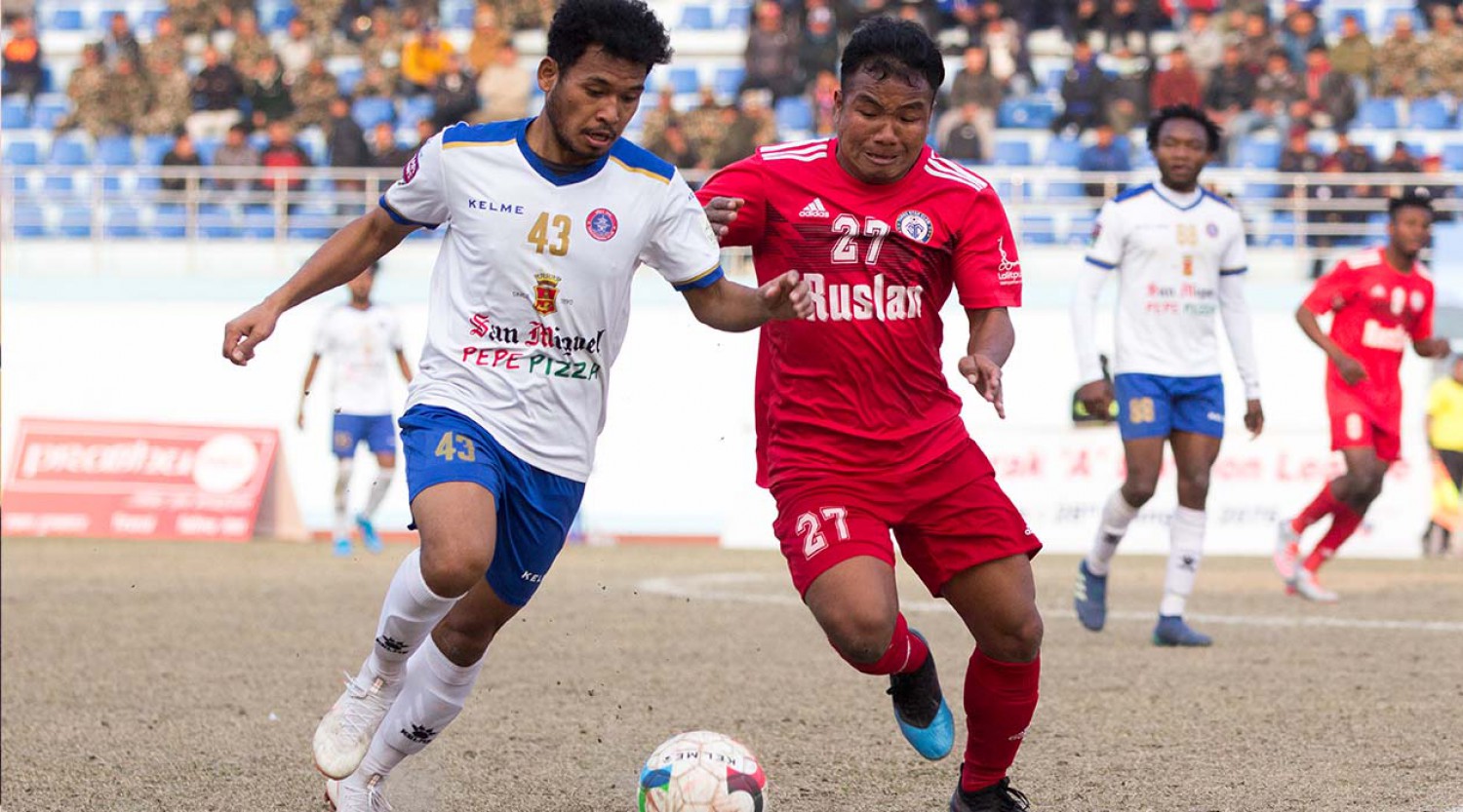 Sanmingle Machindra Club (MC) made it to the top of the table after defeating Ruslan Three Star Club(TSC) on ongoing Qatar Martyr's Memorial A Division League 2076.

Although TSC had the greater ball possession before the interval, they failed to break the defensive wall of MC. An early substitute of Dipak Rai replacing Rejin Subba helped MC take the lead on the 37th minute of the game. TSC's side, although have multiple attacking attempts, could not make MC keeper Bishal Shrestha work.

Both sides had their defensive tactics working well until the latter half of the game.MC sealed the game in the 90th minute courtesy of Bishal Rai's right-footed shot from the box that gave MC two-goal lead.

Peter Segun (24) from MC was adjudged with Kelme man of the match award with his heroic performance.