Bhola Nath Silwal's converts from the spot to give Nepal Police Club a narrow win over Nepal APF Mahindra Club. 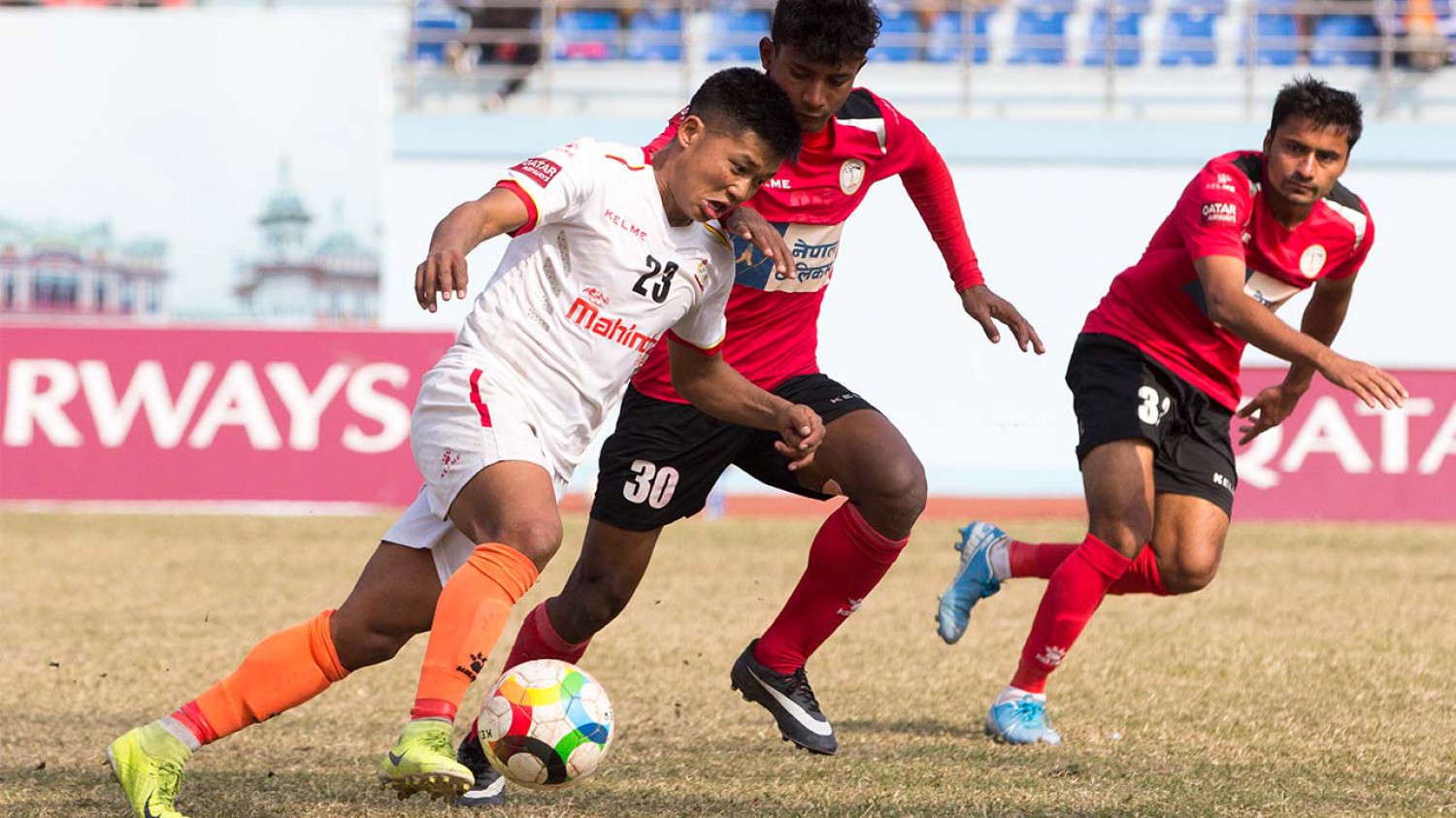 NPC right from the start kept on putting attacking pressure on the APF side with multiple shots on goal. A push on Bharat Shah inside the box in the 13th minute of the game awarded the penalty to NPC. The skipper Bhola Nath Silwal converted from the spot with a cool finish that sent the APF keeper the wrong way.

APF played with much more attacking football in the latter stages of the first half and early stages of the second half with multiple attempts on goal. Sudip Shikhrakar's goal-line clearance to keep Nir Kumar Rai's venomous shot from goal kept APF in the game. The intensity of the game increased as the game moved on with both the teams taking multiple shots at each other's posts.

APF keeper Amrit Kumar Chaudhary made multiple saves to stop NPC from increasing their lead. The match ended with Bhola Nath Silwal's early goal being the decisive goal. Sudip Shikhrakar was shown a straight red card in 90+4th minute of the game for a disciplinary issue.

Soujan Rai was awarded the Kelme Man of the Match for his performance.