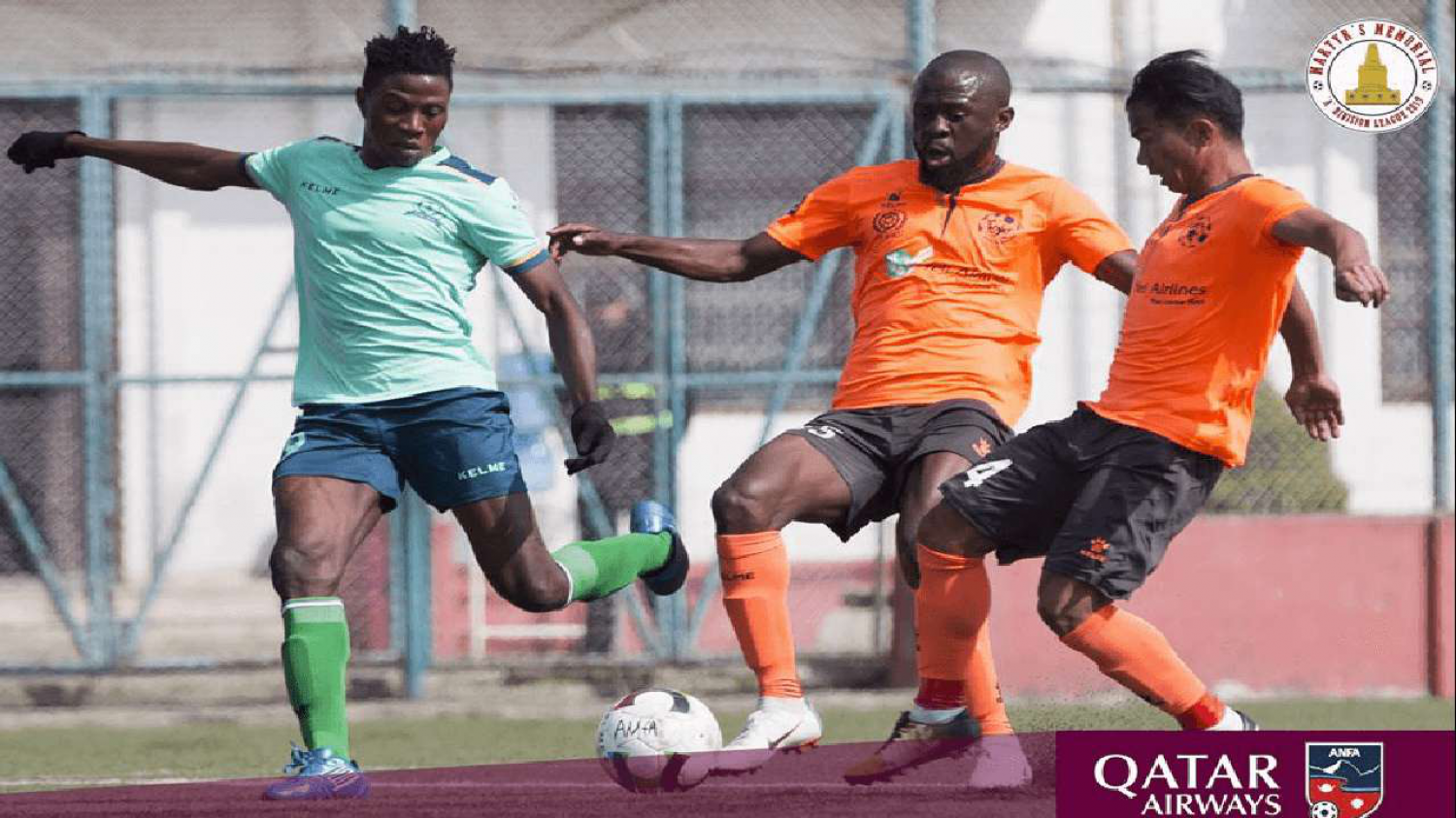 Saraswoti Yourth Club registered first win of Qatar Airways Martyr’s Memorial “A” Division League 2019/20 as they went on to defeat Yeti Himalayan Sherpa Club with a score line of 4-3 at ANFA Complex, Satdobato.

Saraswoti Youth took an early lead with Kazeem Adegoke Bussari ’s header from Purna Bahadur Shrestha’s brilliant cross with just 5 minutes played. However, the lead didn’t last long as Ashish Gurung leveled the score 5 minutes later with a brilliant header. SYC’s Binod KC gave his team a lead back in the game at 35th minute with an easy goal from Kazeem Bussari’s wonderful pass. But again, SYC couldn’t held their lead as Bijay Shrestha scored for HSC in the closing stages of the first half.

SYC didn’t set back with two first half goals as two more goals came in from Kazeem Busari and Manish Thapa at 83rd and 88th minute of the game. Rabi Thapa Magar got one back for SYC from free kick at injury time but it didn’t suffice to get them back in the game. Saraswoti Youth Club remains at the bottom of the table with 4 points and Yeti Himalayan Sherpa remains at 12th with 7 points after completion of their 9th round match.

Saraswoti’s forward Kazeem Adegoke Bussari was awarded with Kelme Man of the Match for his overall performance.