Anjan Bista and Bimal Rana get on the score sheet as NOC MMC defeats NPC by 2 - 0. 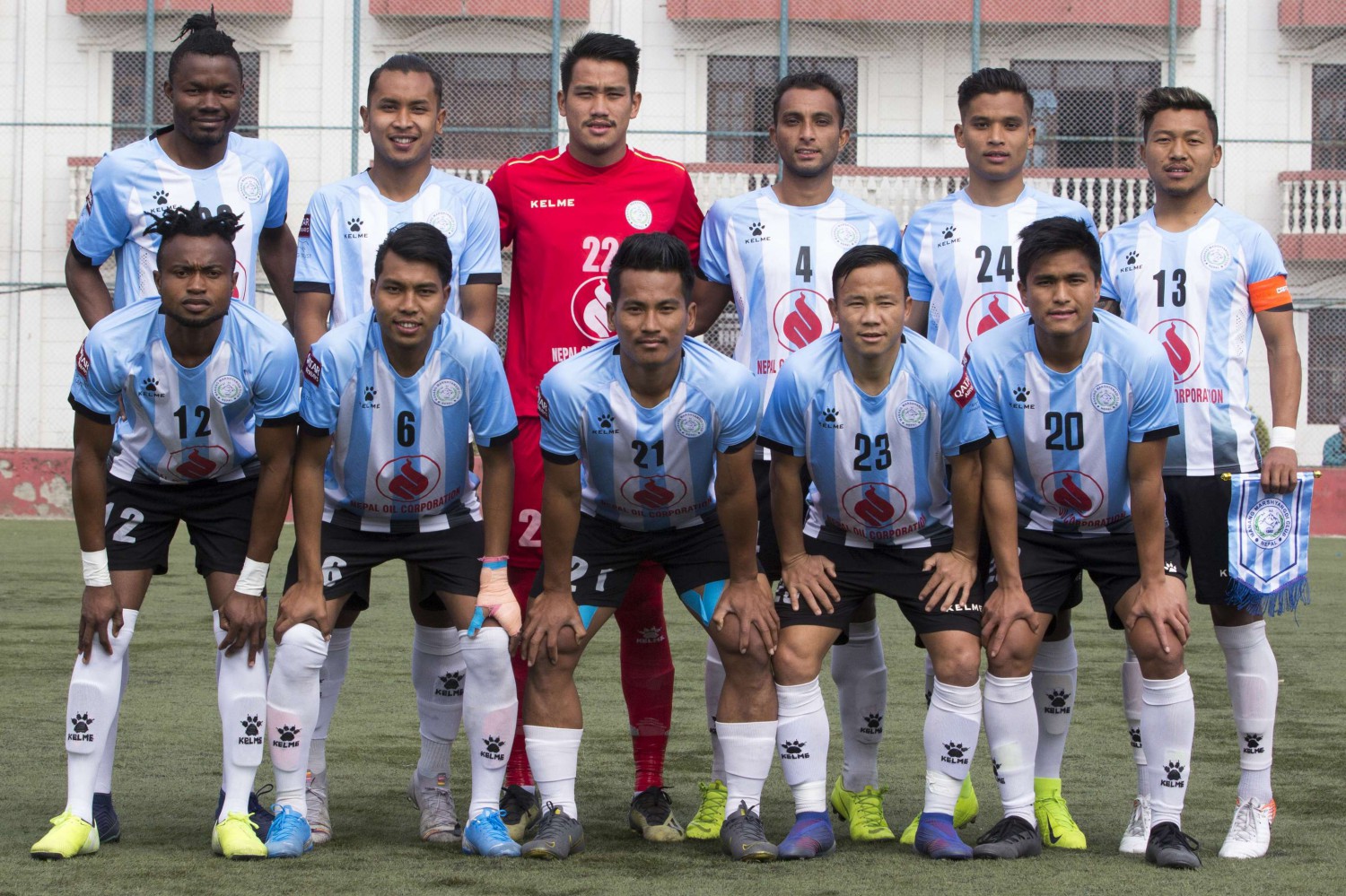 The game started with early yellow cards to the MMC players Kamal Shrestha and Saroj Thapa in the 6th and 8th minute of the game respectively. MMC looked the better side dominating the game. Bimal Rana scored the first goal for MMC. A wonderful strike to the top left corner of the post in the 32nd minute of the game. Anjan Bista doubled the lead for MMC with a stong header following Nishan Limbu's cross from the right-wing. ‌

NPC tried their best to come back in the second half as captain Bharat Shah made multiple attempts in the 70th and 80th minute of the match but was unsuccessful in converting the chance. Bishal Basnet of NPC was shown a straight red for a foul on Bimal Rana in the 90th minute of the match.

MMC keeper Deep Karki was awarded as Kelme man of the match for his outstanding keeping.