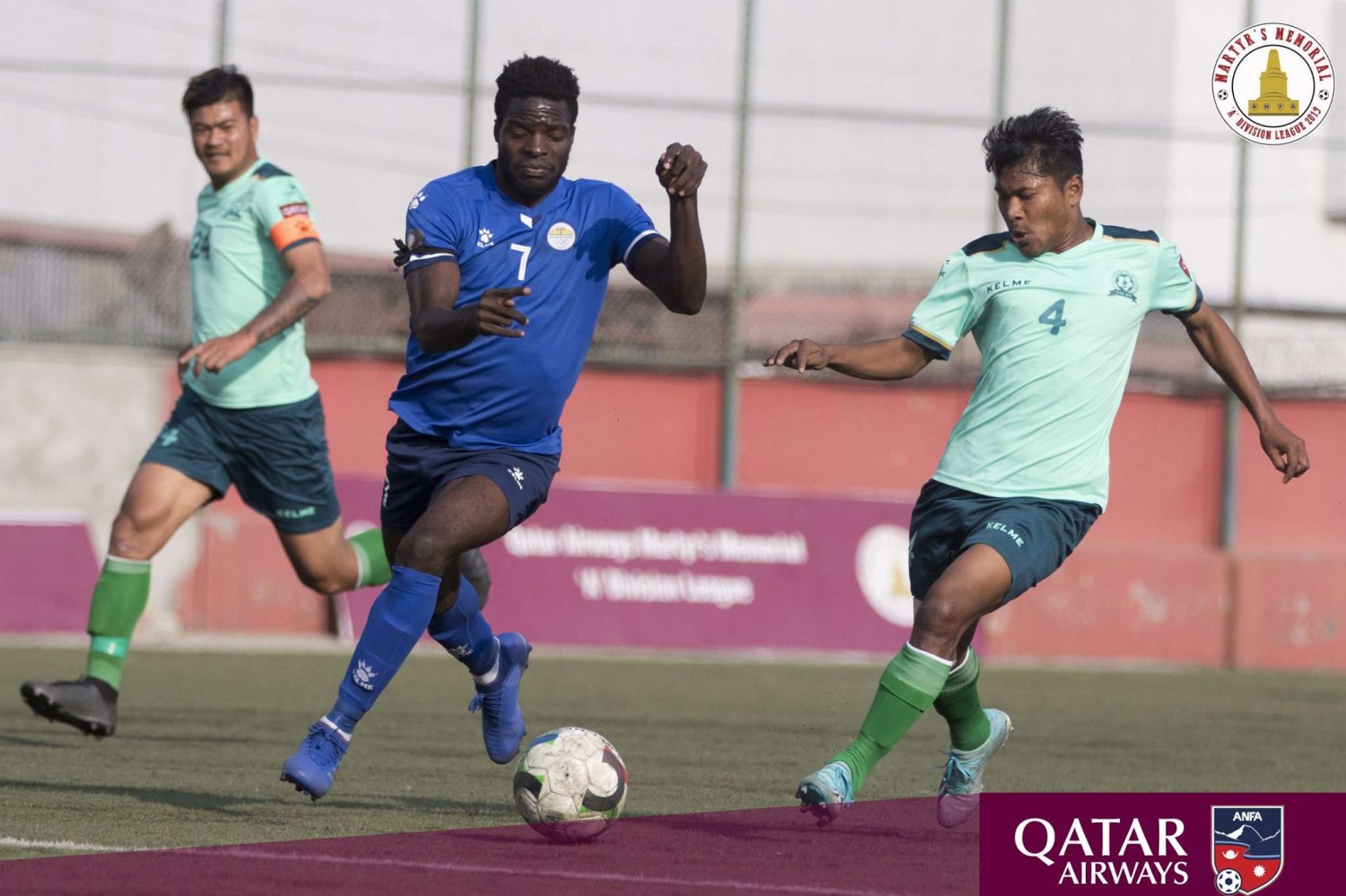 Saraswoti Youth Club (SYC) faced a heavy loss to end its long journey of 12 years in the A-division league against the Sankata Club (SC) on Qatar Martyr's Memorial A-Division League 2076. SC's side dominated the game against SYC's side as they were lacking good ball possession and shots.

The game started with Massouke Marie's lead from the 5th minute of the game. Later on the 33rd minute, he found his another goal. Though he got plenty of chances to make a hattrick today, he was not able to convert some good chances on the frame. To end up an interval with a good lead, Suvash Gurung made it three for SC's side on 38th minutes of the game. Substitute from both sides added a goal each for their teams.

Tika Raj Gurung scored in 56th minutes for SC whereas Kazeem Busari took the penalty kick well for SYC on 79th minutes. On 65th minutes, Purna Bahadur Shrestha (SYC) couldn't defend well so he ended up finishing on his own post. Later on, in the 67th minute, Ernest Tempi (SC) had another own goal while defending Kazeem(SYC). To end up the game with the big scoreline, Roshan Pahari(SC) found another goal for SC.

Suvash Gurung was awarded as kelme man of the match for his all-round performance.