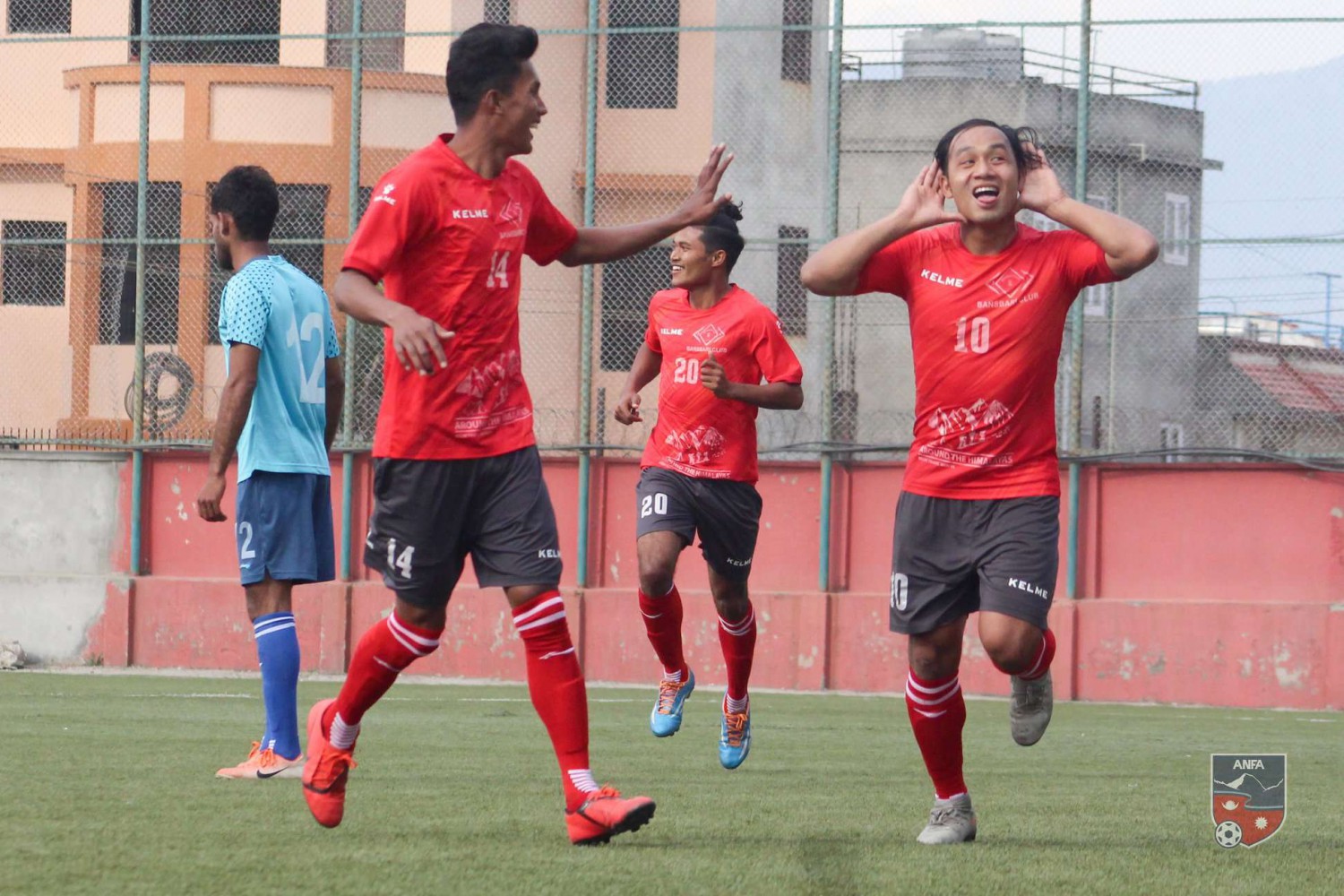 Sajin Thapa Magar and Suleman Thapa Magar bagged a brace as Around the Himalayas Bansbari Club edged past Madhyapur Youth Assocation 5-2 and registered three consecutive win in the Martyr's Memorial 'B' Division League match here today at the ANFA Complex.

Around the Himalayas Bansbari with the win has nine points and leading the table.

Bansbari were dominant from the start, scoring in the very first minute of the match with Suleman Thapa Magar.

Suleman made it 3-0 in the 11th minute while Sajin scored his second and teams forth in the first half injury.

Suresh Kumal of Bansbari was also on the scoring sheet when he found the back net on 70th minute.