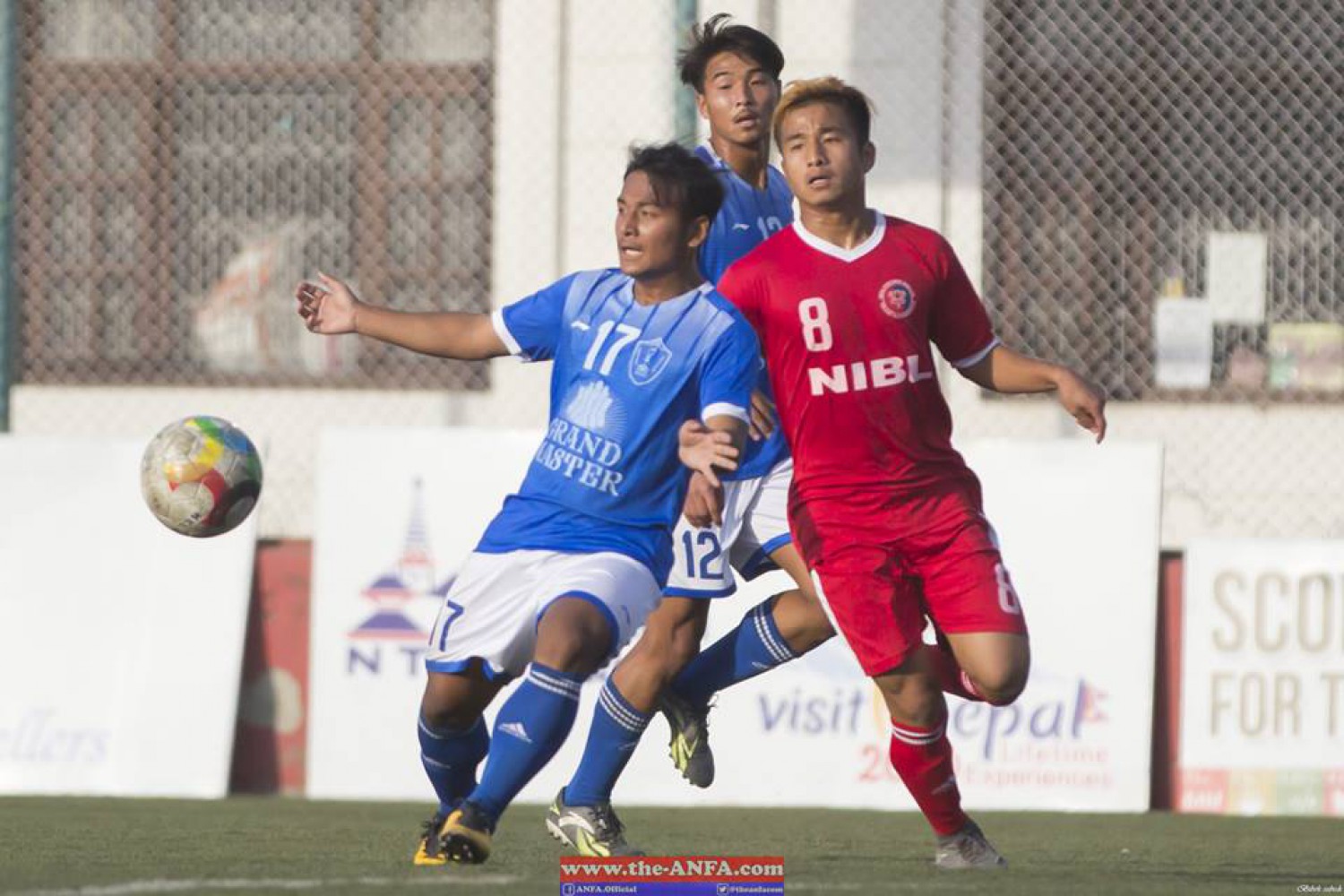 Today's 2nd match in Martyr's Memorial League was between Armed Police Force(APF) and NIBL Friends Club(FC).Both teams were up for counter move but APF succeeded to make the score.The APF got quite more chance compared to FC but FC defence and keeper worked well despite failed to block Pravin Syangtan’shot(APF).Prabin won man of the match award for his heroic performance.He scored the only goal on 90+5 minutes to save three points for the team. APF 1-0 FC.