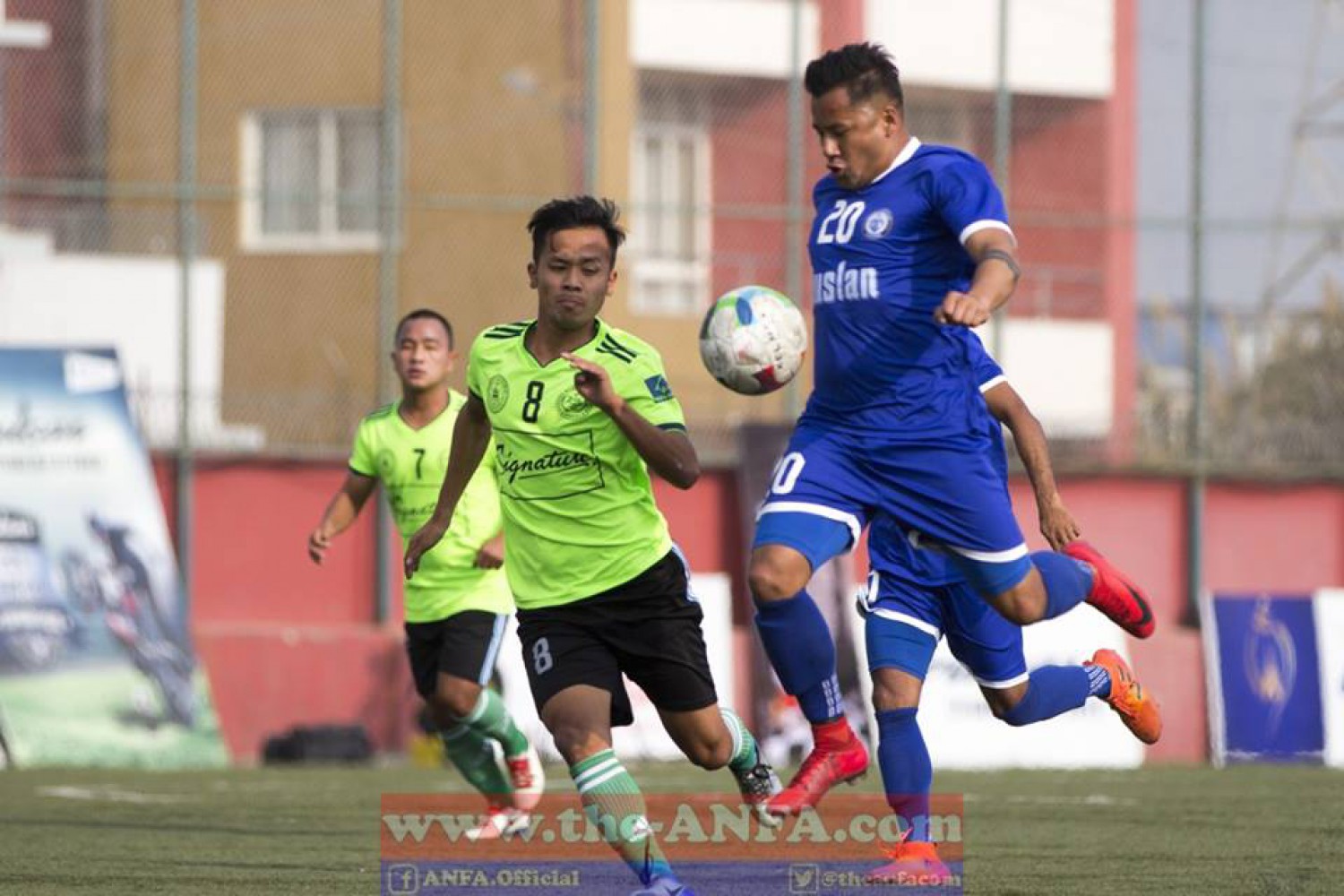 Martyr's Memorial A-division league match between Signature Manang Marshyangdi Club(MMC) and Ruslan Three Star Club(TSC) was the most awaited match of the league.MMC started the game with good attack which helped them to net the ball twice.TSC tried couple of times to level up the score which was denied by Bishal Shrestha keeper(MMC).Game got excited in the late 80's as Ranjit (TSC) opens up the score with the help of penalty.The final score was MMC 2-1 TSC.Heman Gurung(MMC) becomes man of the match for his heroic performance.