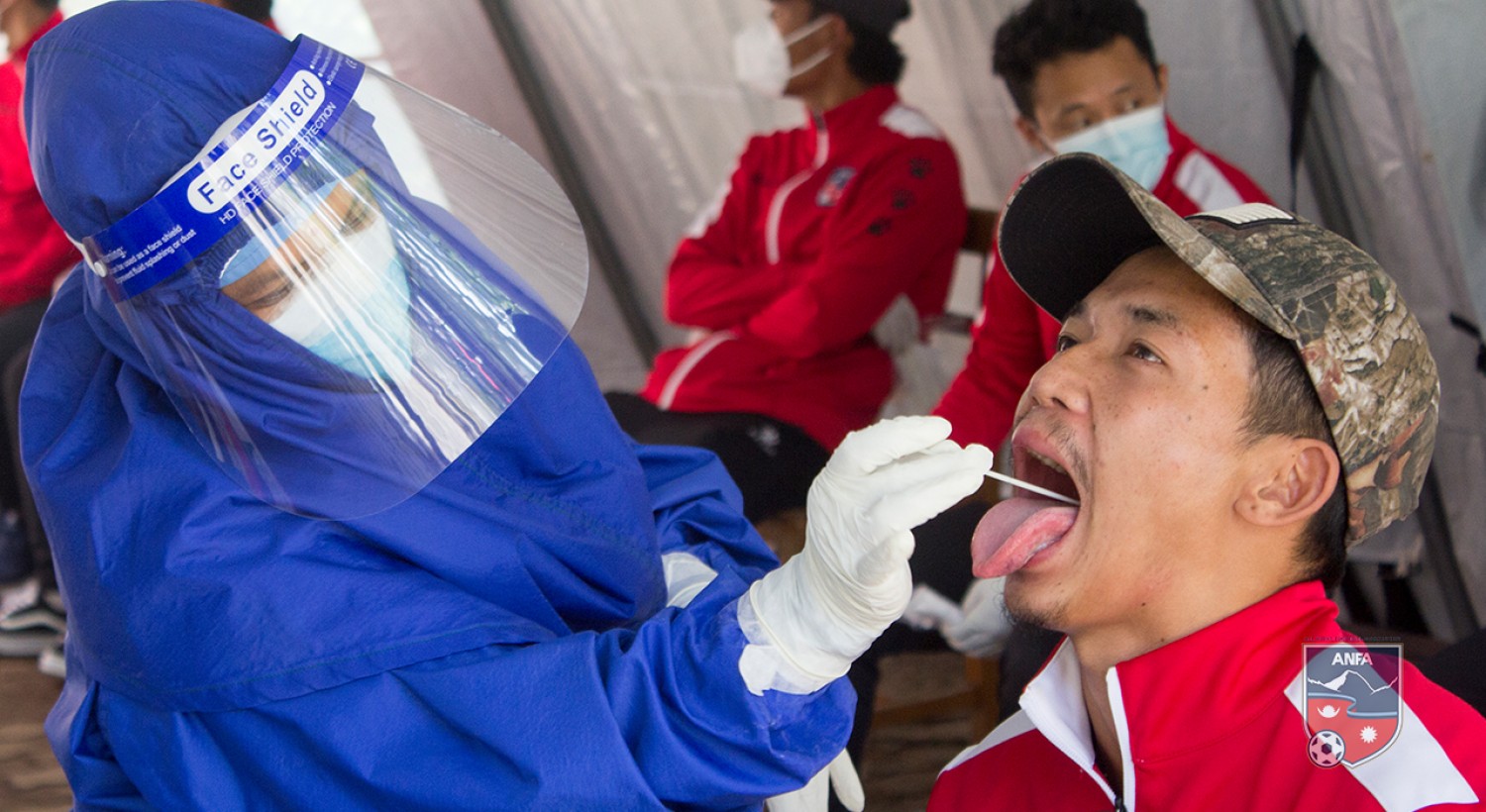 Swab collection for PCR test of COVID-19 of all the National team players, officials, hostel and kitchen staffs has finished today.

Players with negative reports will be kept in closed camp at ANFA hostel.

The national team training will begin from Aug 17.

As part of the Asian qualifiers of FIFA World Cup 2022 and AFC Asian Cup 2023, Nepal will host Chinese Taipei, Australia, and Jordan on October 8, October 13, and November 12 respectively at the Dasarath Stadium in Kathmandu.

The Players and officials that underwent the test are:

ANFA invites application from schools for U-15 football tourney