In his younger days, Kiran Chemjong often played as a striker or a defender at his village in Rajarani in Dhankuta. A person with tall stature, Chemjong was one day asked by his seniors to play as a goalkeeper during a local match. Chemjong agreed. "It was how I started as a goalkeeper," said Chemjong, now a first-choice goalkeeper of Nepali national side.

Though a hilly district, Chemjong's village in Rajarani had a big football ground where he saw locals and his seniors play there. Before he knew, Chemjong fell in love with the game and started playing. "My mother in particular was worried if my love for the game would hamper my studies. But she was supportive. She gave me money whenever I went outside the village to play football," he said.

After establishing himself in the local games, Chemjong soon found his way to the district-level games. His first visit to Kathmandu was also for a district-level U-16 school football tournament. "Coincidently, it was the same time when there was a selection of national U-16 players in Kathmandu," he said. Chemjong's district lost in the semis but he was urged by his seniors to take part in the selection process conducted by All Nepal Football Association. "I went for selection and during my selection, they gave me selection dates so I could come to Kathmandu from Dhankuta and take part. I passed the selection and remained in All Nepal Football Association's Academy," he said. 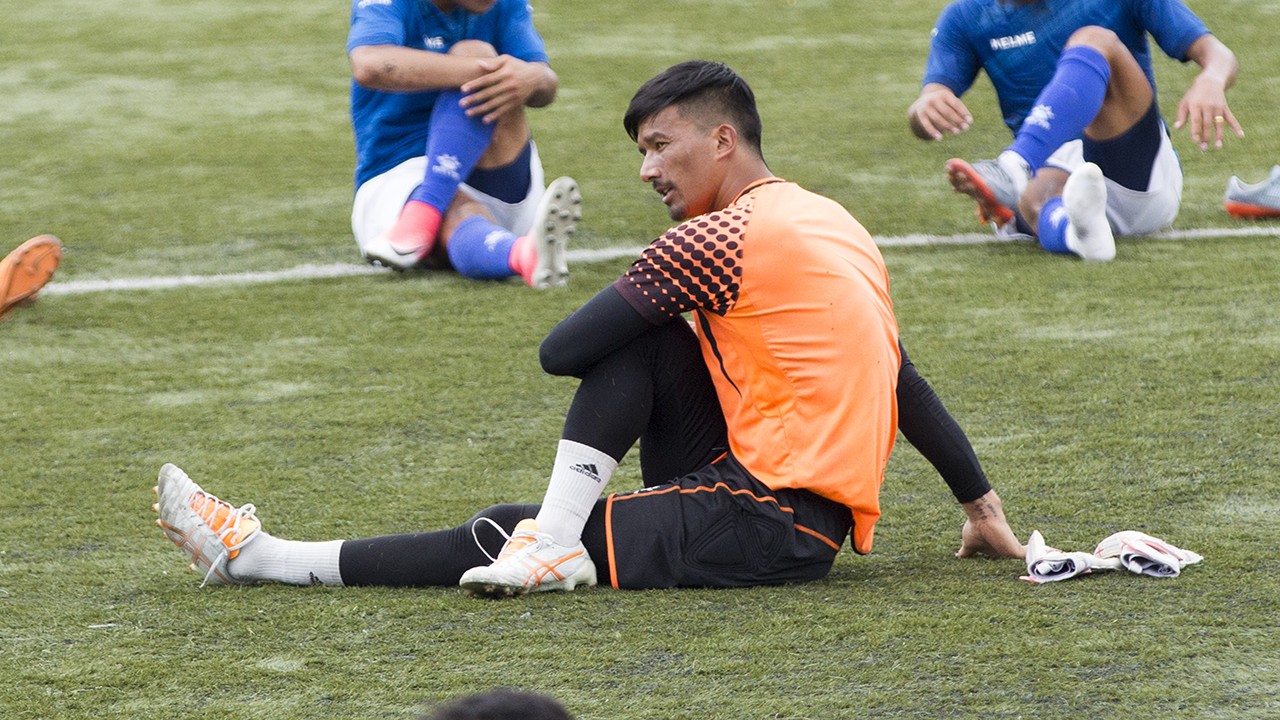 After graduating from the academy and playing club level football for a while, Chemjong was called into the national squad and made his debut in the 2008 AFC Challenge Cup qualifiers held in Phnom Penh, Cambodia. Since then, there have been few to seriously challenge the 6 ft 2 inch stopper for goalkeeping duties. When asked if he regretted playing as a goalkeeper and not a striker, Chemjong said such thought came to his mind in his early career. "When I heard people scolding a goalkeeper after a mistake, I thought I should not have listened to my seniors and instead continue playing as a striker or in any other position. But as days passed by, such thoughts erased off my mind," he said.

Chemjong said goalkeepers are often scrutinized for their mistakes. "When a striker misses numerous opportunities but scores a goal, it is for that goal he is remembered. May be it is because goals win matches but such thing is often not the case with goalkeepers. You become known for the mistake you committed during the game," said Chemjong.

Having started with Machhindra Club, Chemjong has went on to play for top-tier clubs such as Three Star Club and Manang Marsyangdi Club which earned him number of personal and club awards. He has also played professional football in Maldives and India. "I was playing in the 2016 Solidarity Cup when goalkeeping coach of TC Sports Club messaged him saying they were observing my game and were interested in signing me," said Chemjong. After Nepal won the tournament, Chemjong signed for TC Sports Club. He has also played for Minerva Punjab FC in the I-League, one of the top divisions of Indian football, winning the title in 2017-18 season. 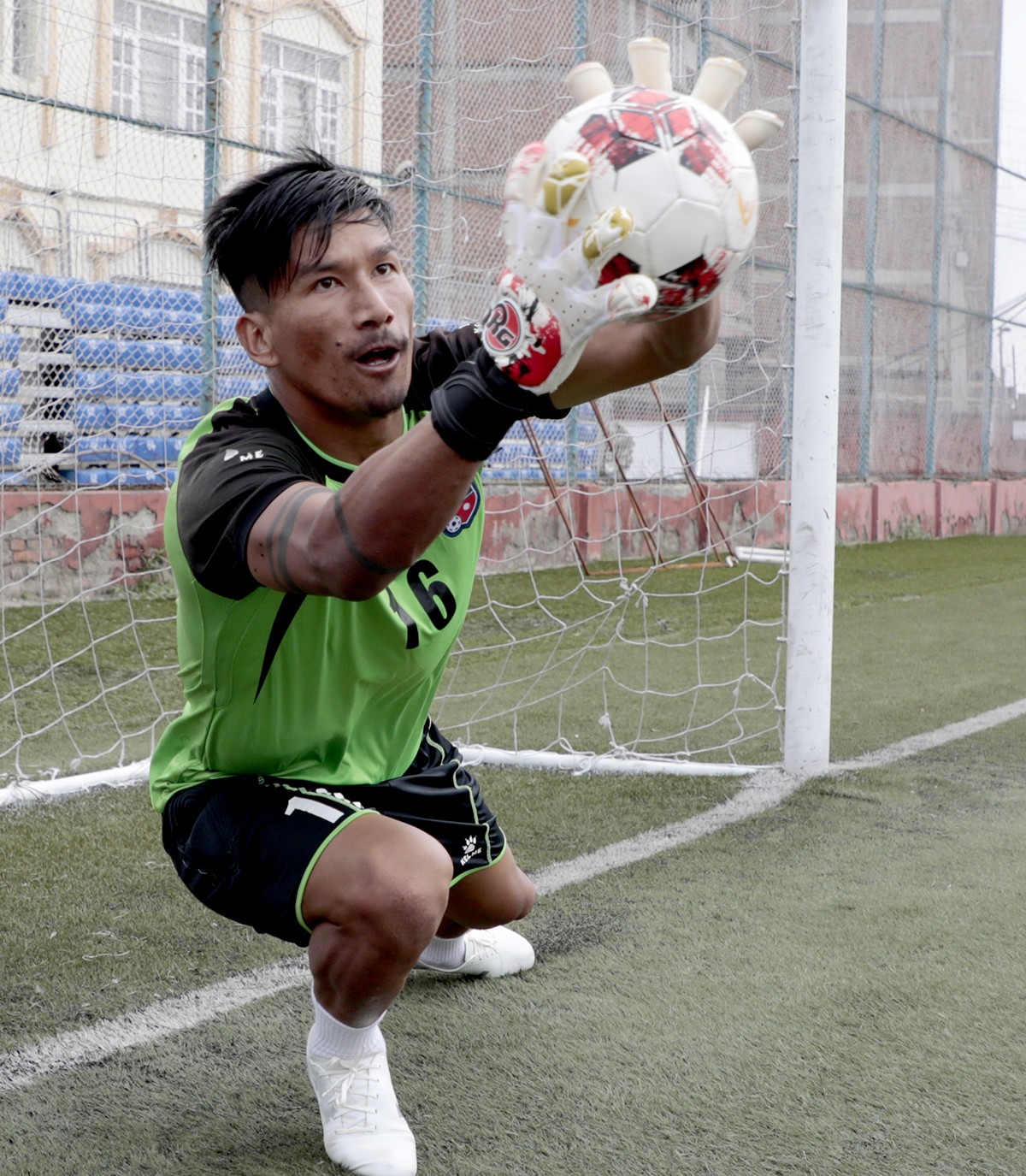 Chemjong said he is among lucky few to receive good mentor from seniors and football academy to succeed in the game. "I am thankful for the football governing body and my seniors and coaches for whatever they taught me but it's time we take game to the next level and for that I think it is more important for corporate sectors and government to actively take part to support the game." Chemjong said there is not much difference between the quality of play between Nepal and India but it is the management and the involvement of other sectors in India that has helped them increase their standard and ripe its benefits.

Chemjong said he will continue to play and is focused to improve his game for both his club and country. "I have not thought about my future but I don't think it will be anything other than football," said Chemjong.

He also said one has to have a sheer determination and make a lot of sacrifice to succeed in any game. "My journey from playing football in Rajarani to the national team may sound easy but there is a lot of hard work and dedication that happened behind the scene," said Chemjong. Chemjong said it is a matter of pride to represent one's country but takes great effort and discipline to reach there. "If you want to reach this level, you have to work hard, be disciplined and most of all respect the game," said Chemjong. 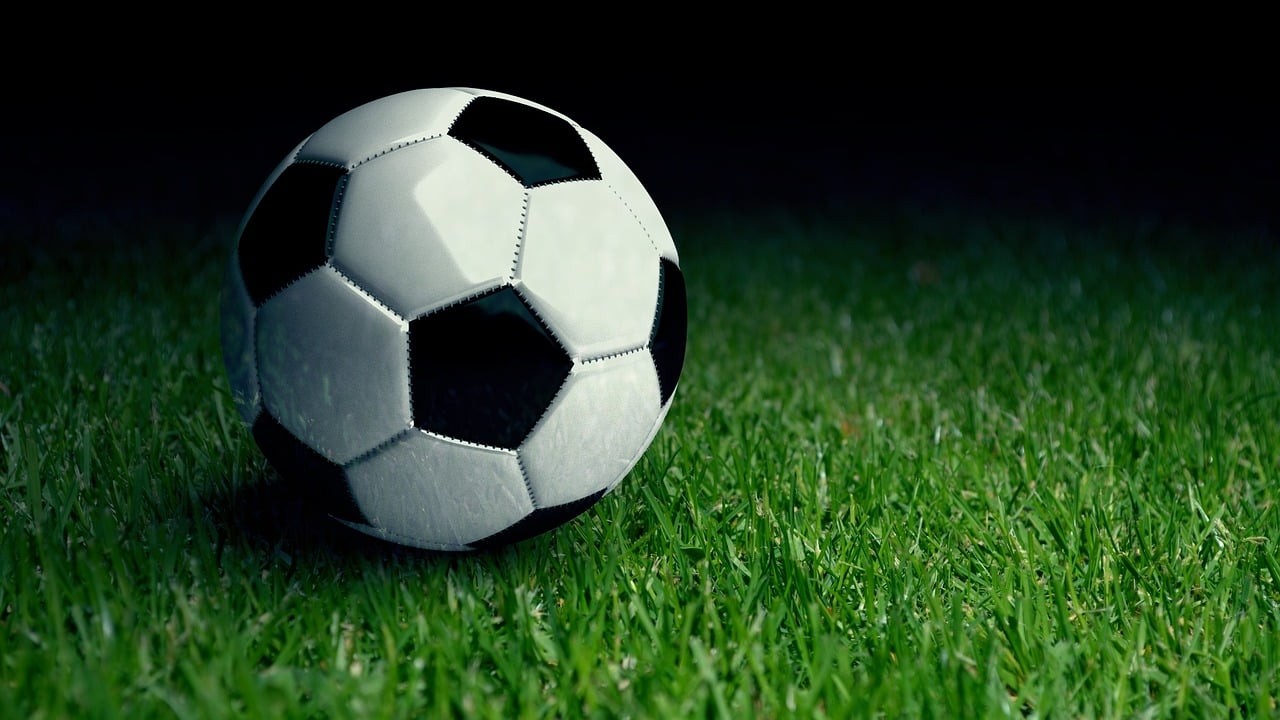 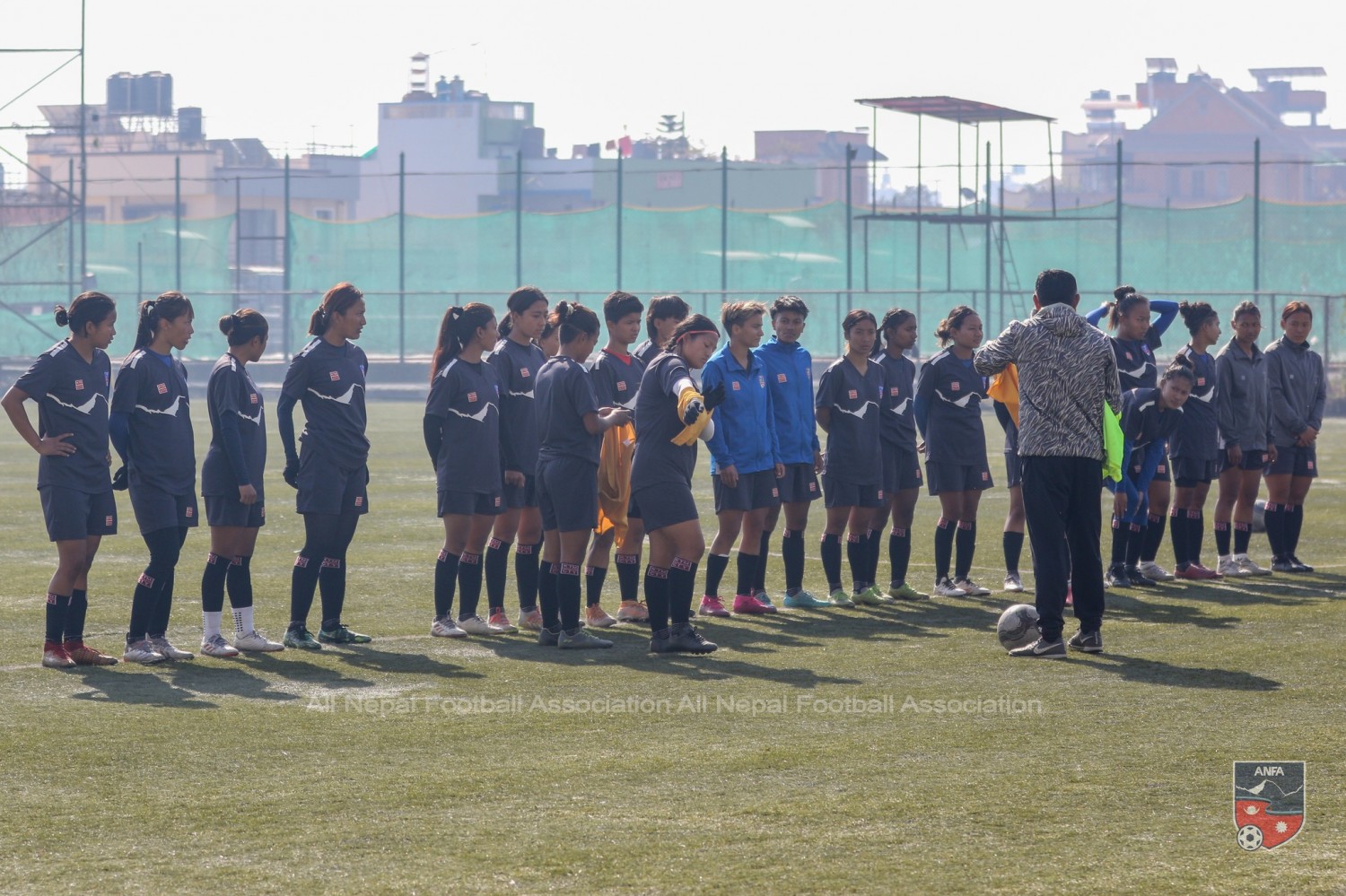 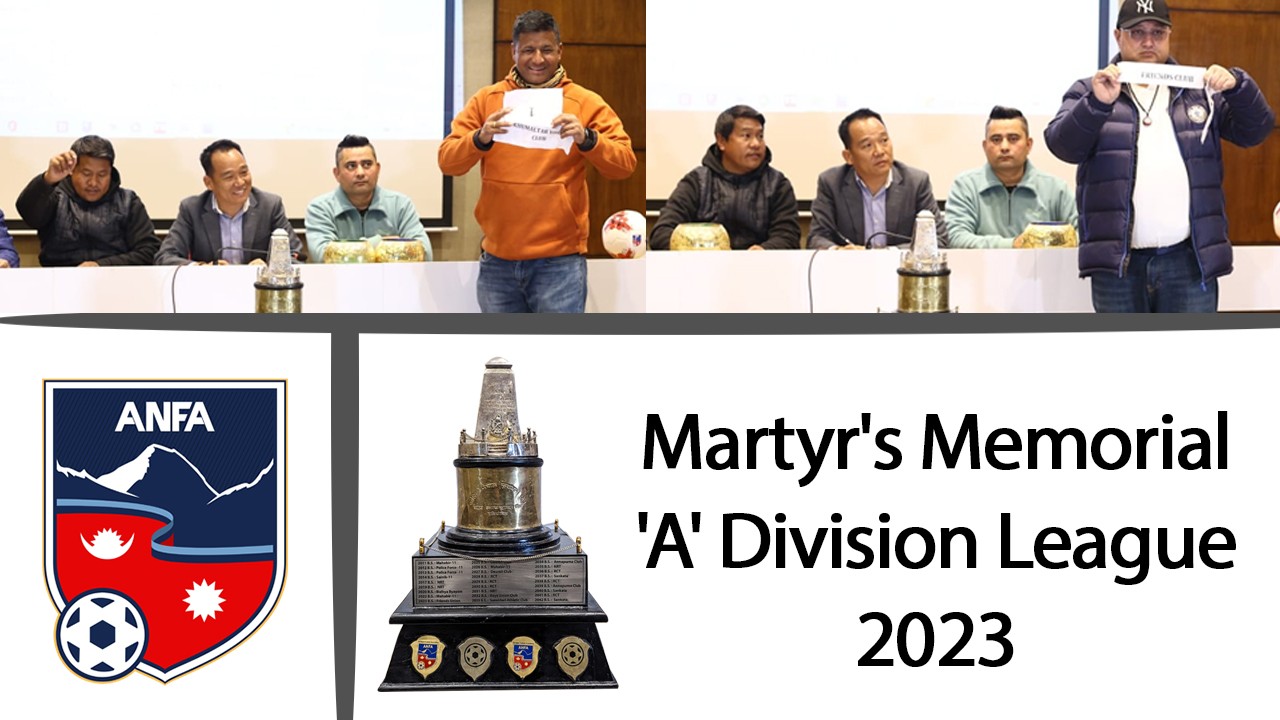 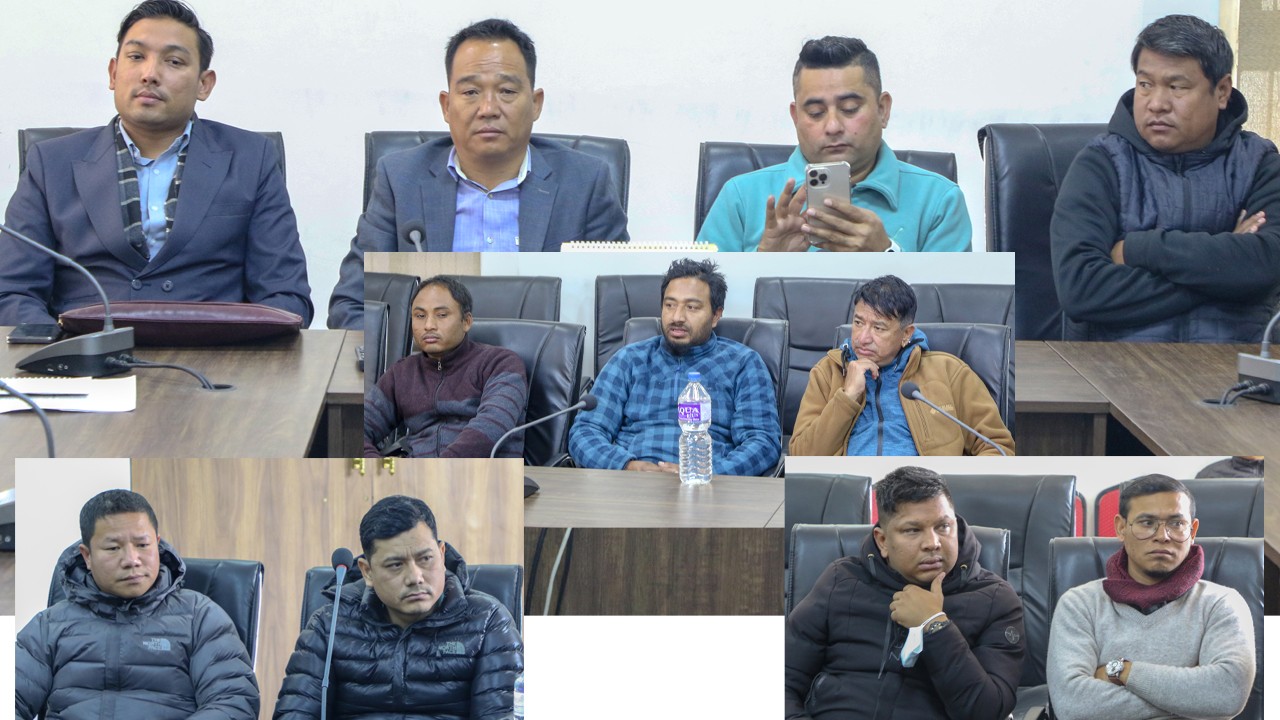 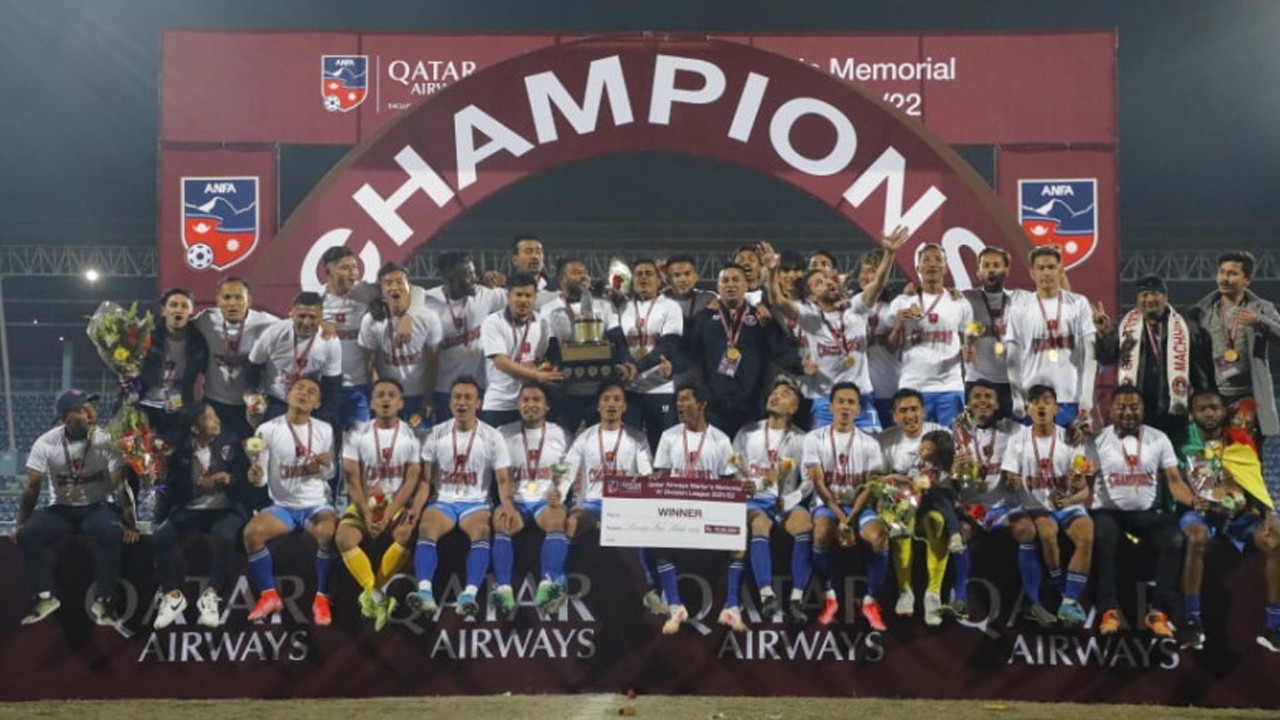