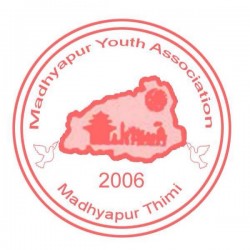 Madhyapur Youth Association (MYA) (the only ‘B’ division club in the district) is a non-partisan, non-profit social organization established in 2006AD (2063 BS). MYA is a youth club of Bhaktapur district, Nepal working among deprived communities’ youth and children mainly through football initiatives. MYA is promoting football among children and youth through skill development, awareness raise campaigning and cooperative with corporate sectors, governments and other non-government institutes’ alliances and networks. Through its football ground located at Bhaktapur district it is developing youth leadership for tomorrow through their active involvement in football and developing confidence and leadership skills for social transformation.

MYA targets to attract new players through football, to give them access to football in their own. MYA also advocates exchange and share human values and of course promotes the pleasure of practicing the marvelous sports. It is an exceptional tool for social integration and an excellent means of expression. So, Madhyapur Youth Association offers everyone the chance to play football without discrimination.

MYA is organizing inter-school tournament since 2065 B.S.in other to attract youths towards the game. MYA also started Grassroots football league from the year 2073 B.S. with the target of developing football from grassroots level.

MYA is also involved in Generation Amazing Project with the support of MERCYCORPS and working in the new concept of football – THE FOOTBALL3 since 2014. This helped MYA to address football and social matters together to uplift the society through football.

The team is yet to be updated.

Contributed many age level national players to the nation.