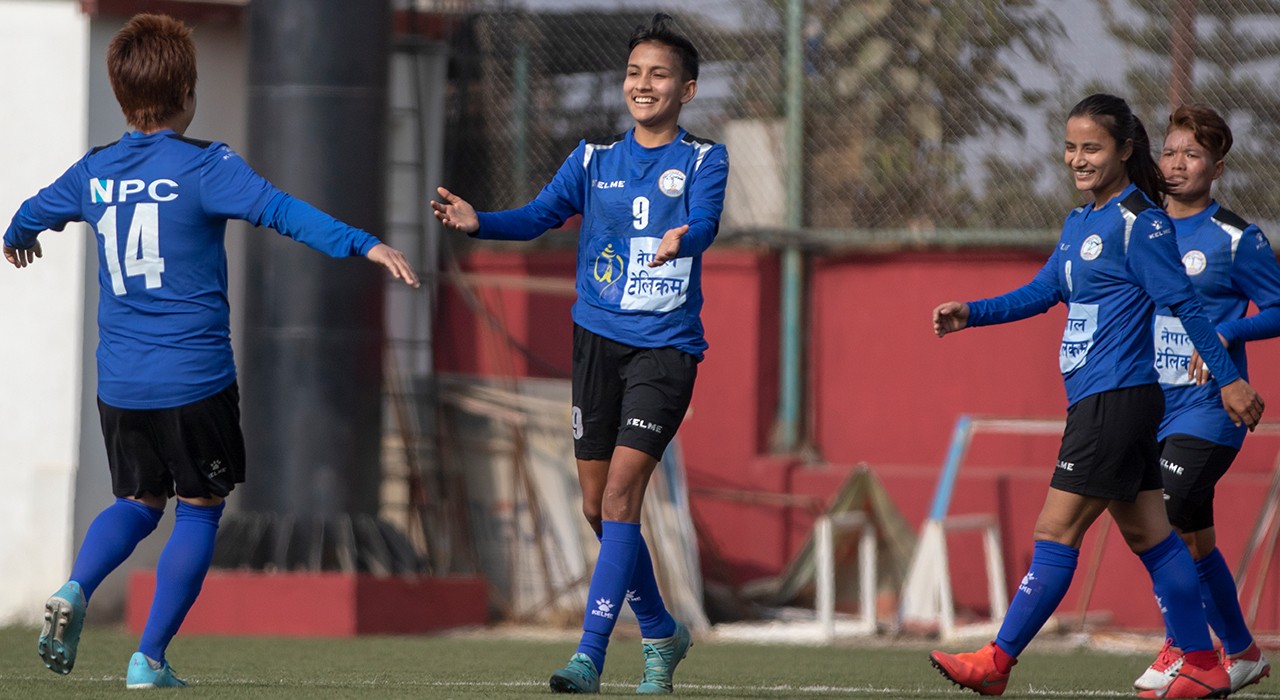 In the match played at the ANFA Complex, Satdobato Rekha Poudel and Srijana Khadka netted twice each while Amrita Jaisi and Nirmala B.K scored apiece.

Nepal international Rekha Poudel opened the firing for NPC in the 28th minute. Poudel also scored her second and team's fifth in the 89th minute.

Amrita Jaisi had earlier extended the lead in the 41st minute of the match while Nirmala B.K scored in the 45+2nd minute.

The third goal for NPC came with Srijana Khadka in the 45th minute. Khadka had also found the back net in the 90+3rd minute as to result 6-0 victory over guests Chaudandigadhi Municipality.

NPC Coach Sanjeev Joshi thanked his team's effort and the coordination. " Winning a match is a always a good side. We have utilized all of our substitution with news players and they played very well," said Joshi.

"My team lacks experience. We are glad that outsider teams like us are competing in the national league. My team is hopeful doing well in the next coming fixtures," Thapa said.