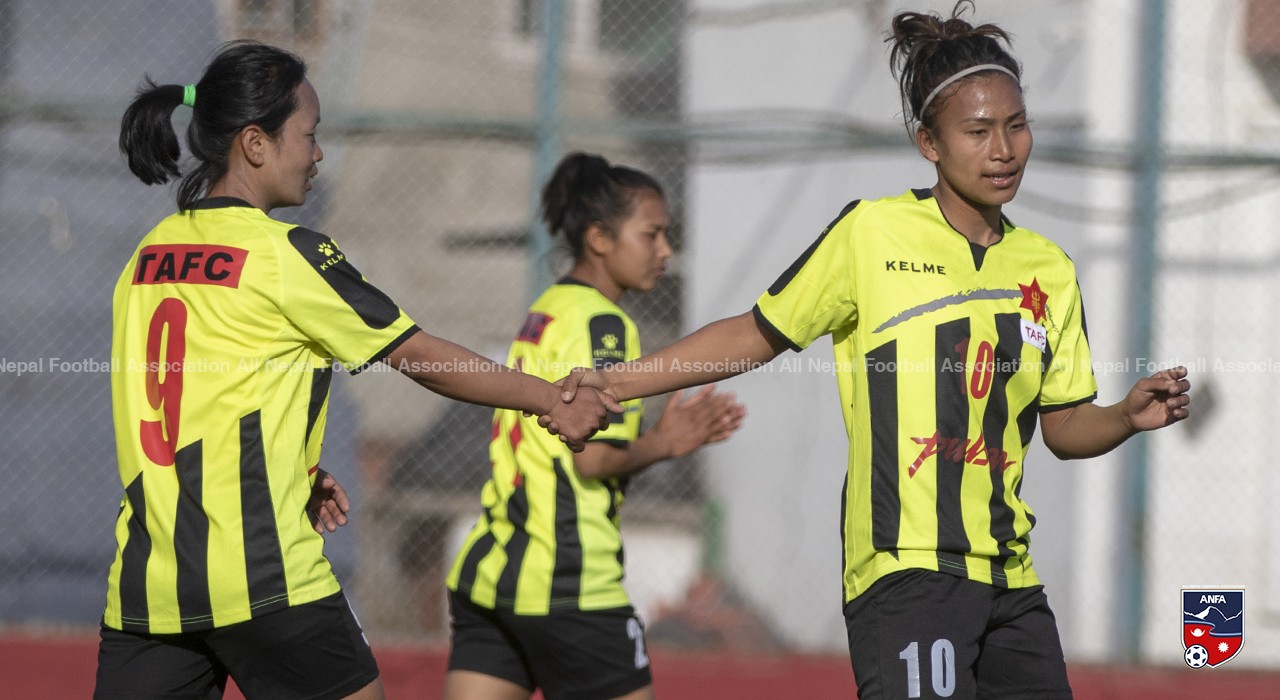 Bimala Chaudhary and Sapana Lama scored the other two goals for the departmental side as they move to second with the win. They now have a two point lead over Nepal Police Club and Waling Municipality Syangja, who both are tied on five points.

Chaudhary opened the scoring in the third minute for TAFC. Thapa then scored two goals in the 15th and 35th minute before Lama made it 4-0 in the 44th. Thapa completed her hat-trick in the 51st minute. Ghising opened her account with the team's sixth in the 59th and added another in the 62nd.

After Sharmila scored her fourth, TAFC's eighth, in the 64th minute, Ghising found the net in the 67th and 84th minute to complete her hat-trick.

Chandrapur assistant coach Chitra Darlami Magar said injury to key players have hit them hard. "Our key players are injured. That has led to decline in our performance," said Magar.