With one game remaining, TAFC are four points below APF and even a win in their final game, also against APF, won't be enough for them to win the title.

In an entertaining match at ANFA Complex, Amrita Jaisi opened the scoring for NPC. Her header struck Bimala BK and went into the net. Knowing only a win would keep their slim chances of winning the title alive, TAFC romped up the pressure and were finally rewarded in the 53rd minute when Rashmi Ghising scored for them.

NPC could have won the game in added minutes when they were awarded a penalty for a handball by Sunita Chaudhary. But Ghim Kumari Gurung's penalty kick sailed over the bar.

TAFC coach Raju Tamang said they could not create scoring opportunities against NPC. "We played to win the game but conceding an early goal affected our plan. As the tournament closes towards its end, I think my players were tired and could not score," said Tamang.

NPC coach Sanjeev Joshi said the missed penalty was costly for them. "Our target was to finish in the top half of the table but our poor run of form means we should now be content with remaining in the middle of the table," said Joshi.

NPC are fourth with 15 points from 11 games. They play their last match against Chaudandigadhi Municipality Udaypur. 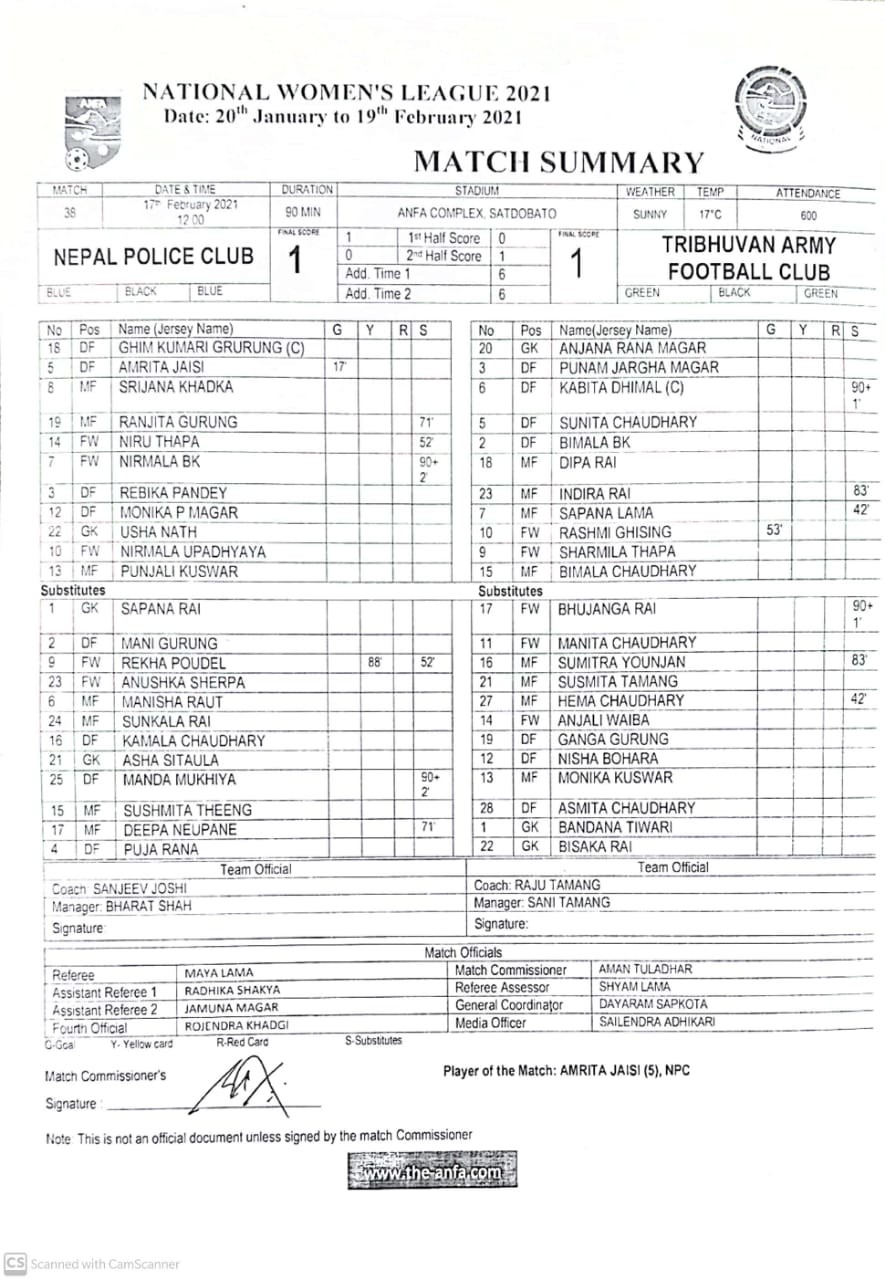