Chaudandigadhi Municipality Udaypur finished their National Women's League campaign without a point after losing their 12 and final match against Nepal Police Club (NPC) on Friday.

NPC hammered Chudandigadhi 10-0 to finish in third position on the table.

Niru Thapa scored four, Nirmala Bk scored a hat-trick and Amrita Jaisi and Sunkala Rai scored one each for NPC.

NPC scored their first in the fourth minute through Thapa. She scored her second in the seventh minute and completed her hat-trick four minutes later. She scored her fourth in the 29th before Sujata Rai scored an own goal to make it 5-0 for NPC.

Nirmala BK added a sixth in the 37th minute to make it 6-0 in the first half.

NPC coach Sanjeeb Joshi said he was satisfied with the third position in the league. "My players are in training for the department and that slightly affected our performance in the tournament. But third position is not bad either," said Joshi.

Chaudandigadhi's coach Dipak Thapa said they were exposed primarily due to their lack of preparation for the tournament. "We are now returning without a point. It's defeat in all matches for us. We lacked preparation," said Thapa.

The win means NPC finish the league on third position behind champions Nepal Armed Police Force (APF) and Tribhuvan Army Football Club (TAFC) who play in the final match in the second match of the day.

It was a miserable tournament for Chaudandigadhi who could manage only four goals and conceded 106 to finish the campaign pointless. 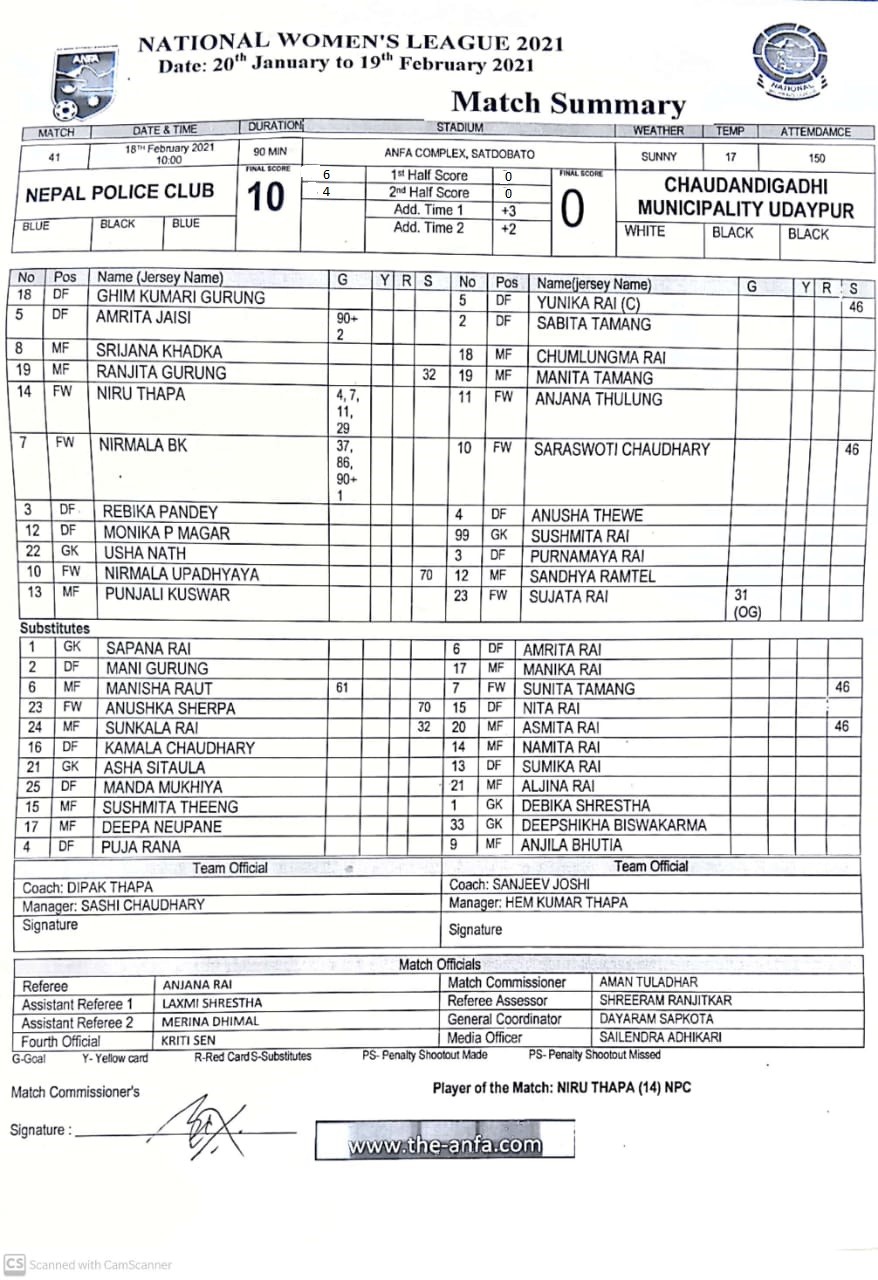