Satdobato Youth Club defeated Khumaltar Youth Club 3-2 in the clash between two top-placed clubs of the Martyr's Memorial 'B' Division League on Friday.

In a vital match played at ANFA Complex in Satdobato, Satdobato were given a penalty in the 10th minute when Bhuwan Basnet was fouled by Sanish Kumar Nepali. Dorge Tamang scored the resulting penalty for Satdobato. Sabin KC scored the equalizer for Khumaltar in the 26th minute.

Khumal took the lead three minutes after half time after Aadil Hamid headed after Satdobato's goalkeeper Sanam Rai could not judge the ball and let it slip through his hand. Substitute Ashish Rai made it 2-2 for Satdobato after a melee in the box. Bhuwan Basnet then added a third for Satdobato to hand first defeat to Khumaltar.

Khumaltar's coach Rajesh Shahi was sent off in the final few minutes for manhandling fourth official after initially shown a yellow card for using abusive language against the official.

Satdobato's coach Sanoj Shrestha said today's result was the result of the hard work his players had put on the field. "There are still four games to be played but a win in today's match will give a huge boost for us in our remaining matches. It was like a final for us and happily we won it," said Shrestha.

Khumaltar's assistant coach Binod Dangol said his team had put on a good performance but the goals in set-pieces let them down. "I will not say we played bad but conceding goals in those situation is what affected our plan," Dangol said. "Hopefully this defeat will not affect us in long term as it’s a marathon and not a sprint," he added.

Satdobato now have a clear three point advantage over second-placed Khumaltar with four matches to play.

In the second match of the day, Madhyapur Youth Association defeated Tusal Youth Club 2-0 for their first win of the league. Dhiraj Shrestha and Kailash Lamichhane Khatri scored in 23rd and 60th minutes respectively for Madhyapur. 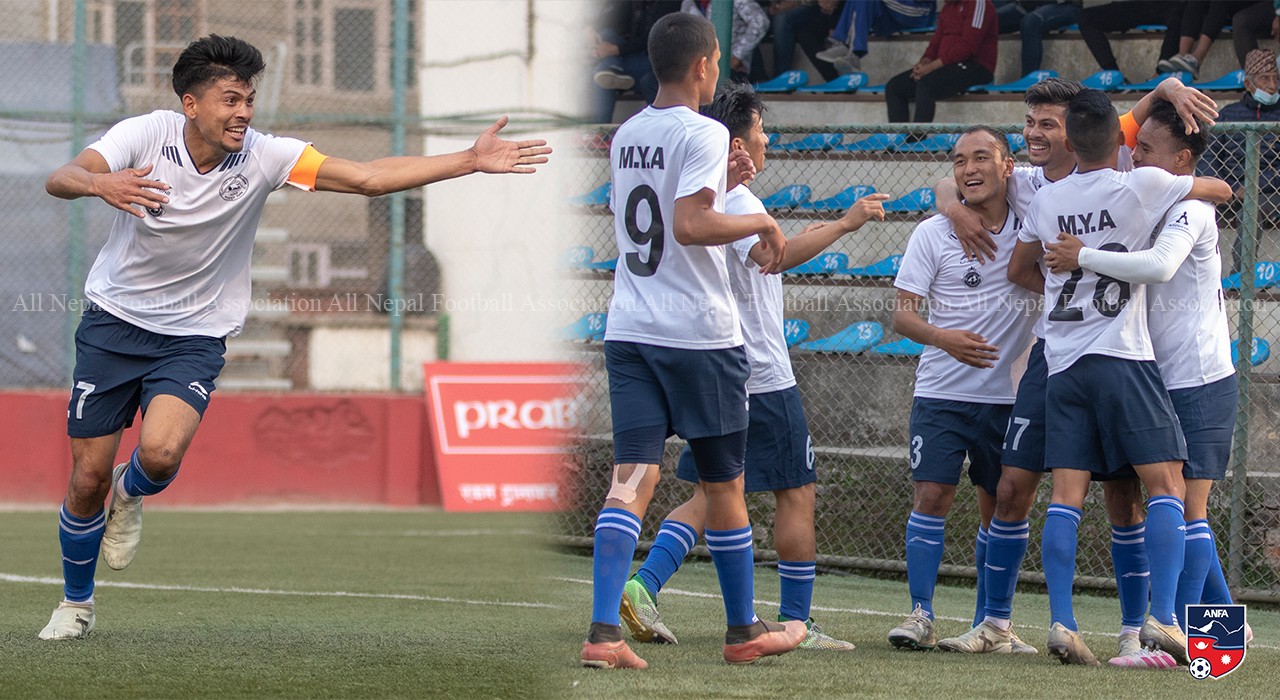 Madhyapur's coach Jeevan Sinkeman said they were happy for the first win. "This is massive for us. This will help us raise our performance in coming matches," said Sinkeman.

Tusal's coach Naresh Shrestha said they lacked coordination in today's match. "We also missed our chances. They took theirs and that separated us from them," said Shrestha.