The Martyrs Memorial A-Division League Kicks off with a Bang: Tamang steps up to Rescue Tribhuwan Army Club 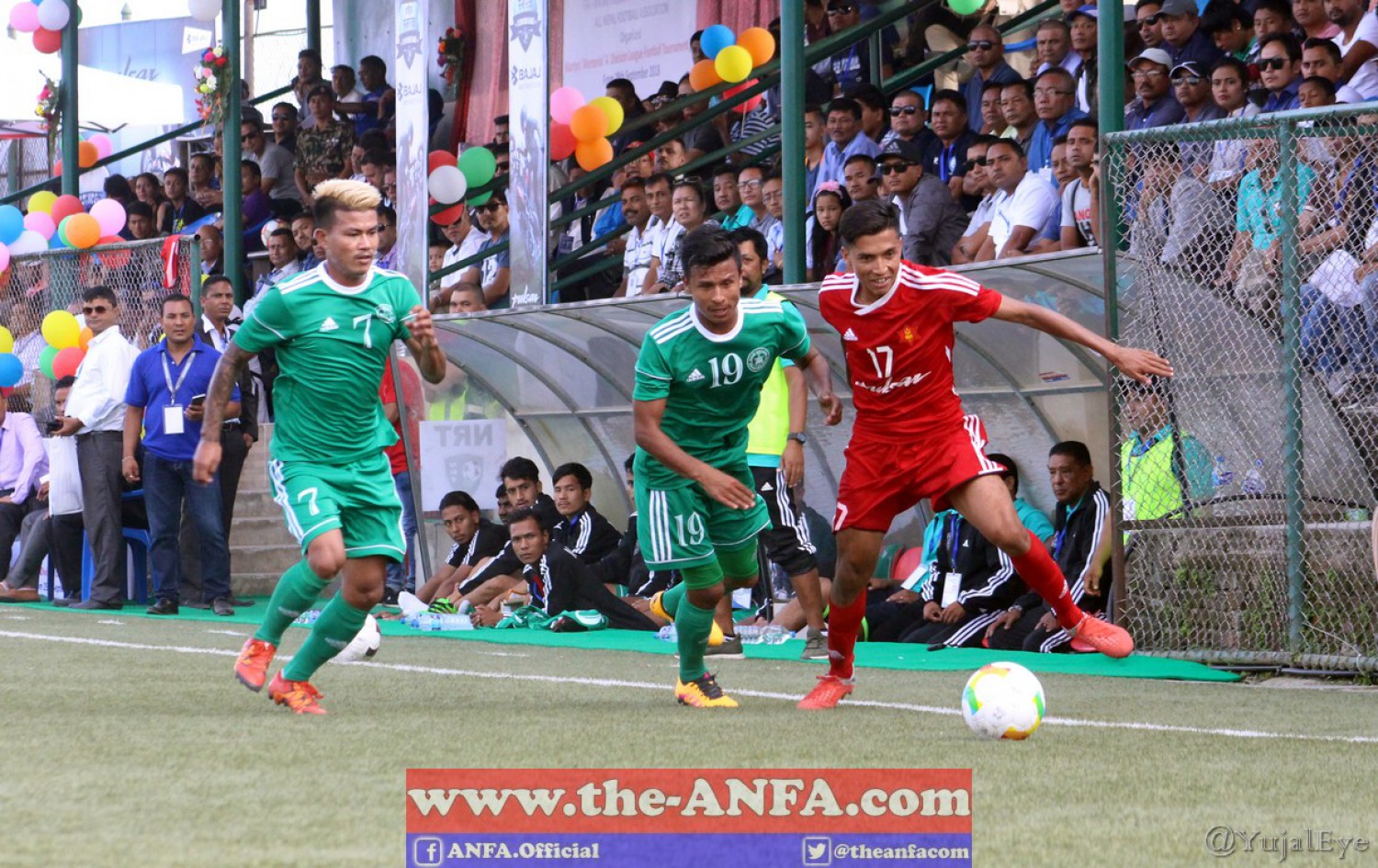 After a long wait, Nepali Football fans have finally been rewarded with the Brand new Season of Martyr s A-Division League. A total of 14 teams are participating in this year s installment. The league started with a match between New Road Team and Tribhuvan Army Club. The fans were given a treat with a competitive match. It was a swift start, with Rojit Pudasaini scoring the opening goal for NRT within the first 12 minutes. TAC made good attacking moves, but it was equally matched by NRT defense and the keeper. Then Santosh Tamang scored through a penality kick which was awarded for handling the ball inside the penalty box. Both teams went back to the dressing Rroom with the scores level at 1-1. Rajesh Pariyar showed great skills to score his solo goal and gave NRT a 2-1 lead on the 65th minute. NRT keeper Ajit Prajapati made couple of decisive saves to keep NRT s lead intact. TAC finally found the equalizer through an indirect free kick inside the box. Santosh Tamang capitalized on this opportunity to score his second goal of the game and rescued a point for TAC. Ajit Prajapati was awarded Man of the Match for his inspiring performance with his outstanding saves. One more match will be played tomorrow. Saraswati Youth Club will start their campaign with a match against Sankata Club at ANFA Complex.