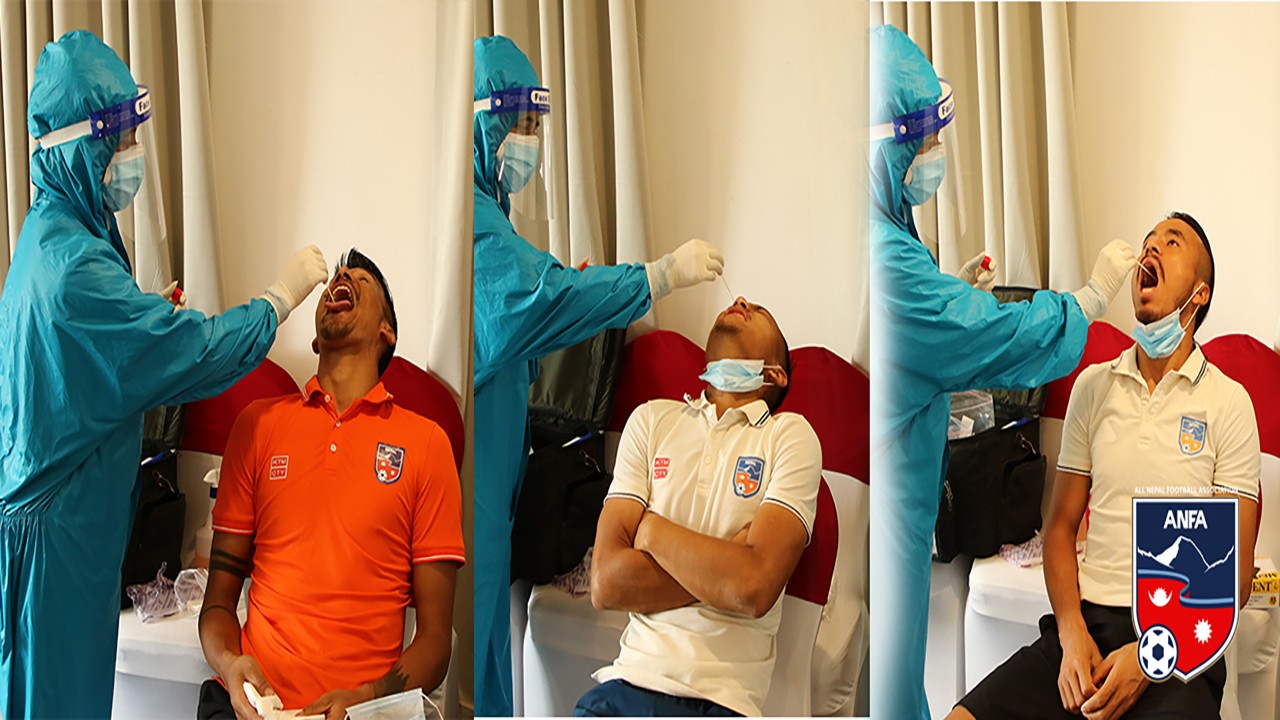 The polymerase chain reaction (PCR) results of all the 23 players and 12 officials travelling for Iraq friendly and second round matches of World Cup Qualifiers have returned negative.

Nasal and throat samples of players and officials were taken on Monday morning. All the swab samples tested negative for Covid-19.

The team will travel on a special Qatar Airlines flight at 10 pm Tuesday.

Nepal is scheduled to play a friendly against Iraq on May 29. Following the friendly the team will play second round of World Cup Qualifiers against Chinese Taipei on June 3, against Jordan on June 7 and against Australia on June 11 in Kuwait.