Ayush Ghalan, Kamal Thapa and Suraj Jeu Thakuri made their debuts as Nepal lose 3-0 to Australia in the World Cup Asian Qualifiers match on Friday.

At the Jaber Al-Ahmad Stadium in Kuwait, Mathew Leckie, Fran Karacic and Martin Boyle scored for the Australian side.

Leckie scored the first with a header in the sixth minute before Karacic doubled the lead in the 38th. Nepal were down to 10 in the final minutes of the first half when Rohit Chand was given a straight red for a foul.

Australian side scored the third in the second half through Boyle.

"We gave our best and tried to play on the counter. We didn't try to play defensive and merits to the Australian team for their physical advantage," said Nepal's head coach Abdullah Almutairi.

Australian head coach Graham Arnold praised the fighting mentality of the Nepali side. "They fought and fought and didn't stop running. But we came here for a job and haven't finished yet," said coach Arnold.

Nepali team will now fly back home on the 13th of June. 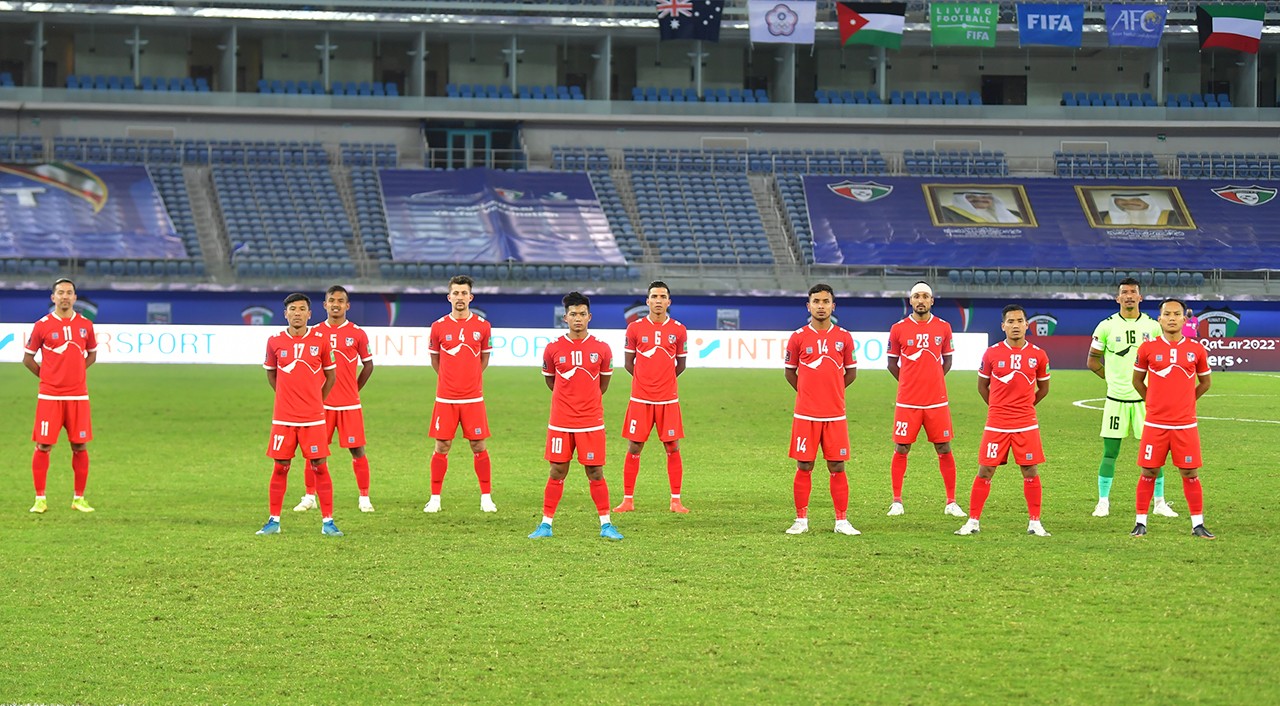