Nepal have qualified for the AFC Asian Cup China Qualifier Final Round following the conclusion of the Preliminary Joint Qualifiers Round 2.

Nepal qualified in the final round by virtue of their final positions in the Asian Qualifiers Preliminary Round 2. Nepal finished fourth in the FIFA World Cup Asian Qualifiers Group B behind Australia, Kuwait and Jordan.

AFC has stated that three of the lowest ranked second-placed teams, all eight teams which finished in the third and fourth place as well as three best fifth-placed teams have qualified for the 24-team AFC Asian Cup China 2023™ Qualifiers Final Round.

Having finished as lowest ranked fifth-placed teams, Indonesia, Cambodia, Chinese Taipei and Guam will now play in the play-offs.

Nepal had defeated Chinese Taipei while lost to Jordan and Australia in the second round of World Cup Asian Qualifiers in Kuwait. 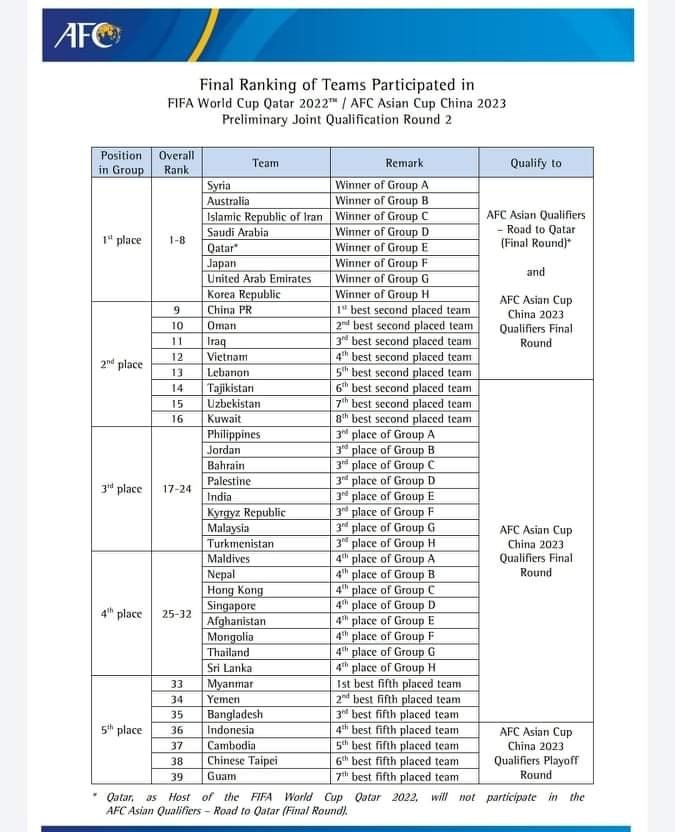