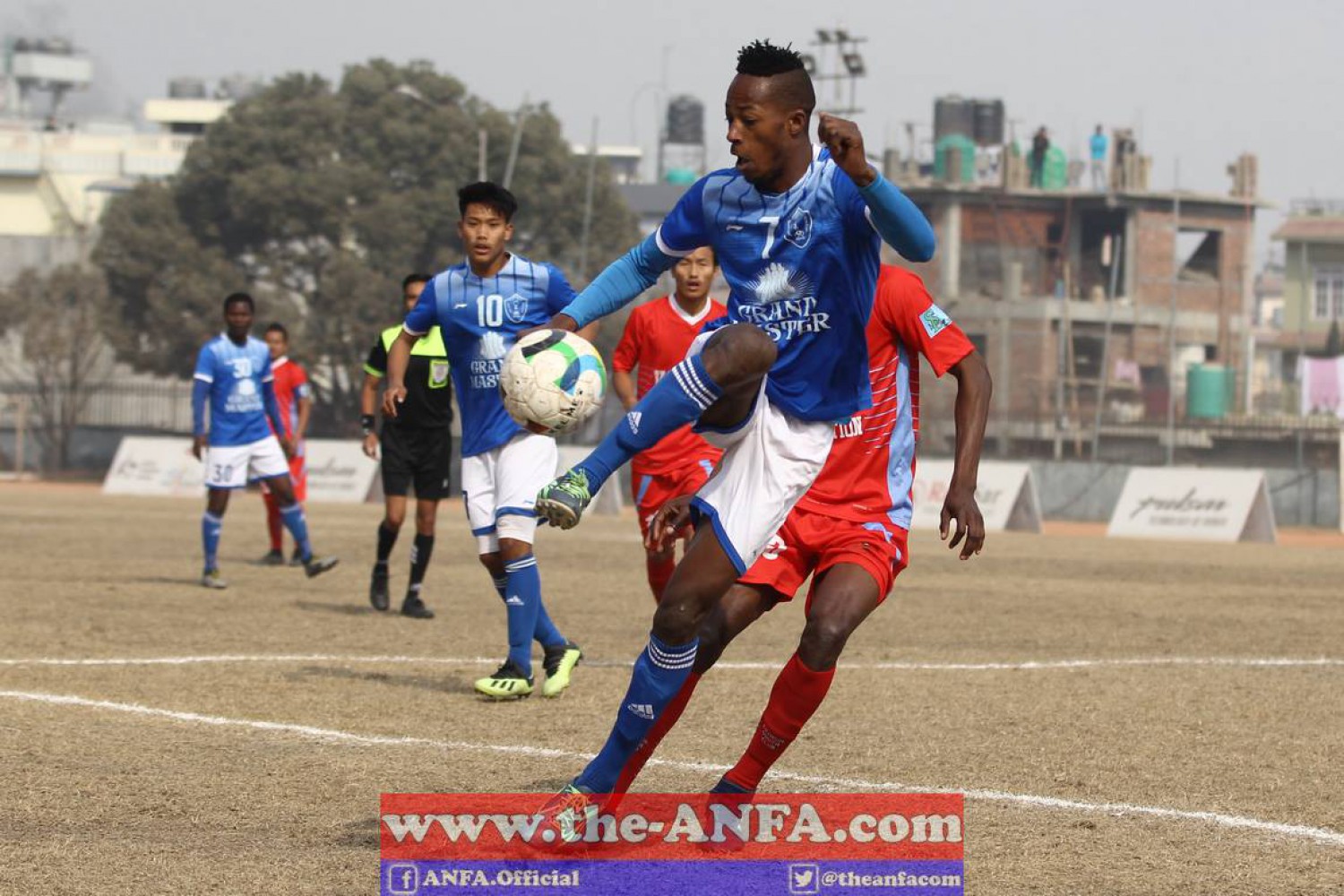 The first match of last round of Pulsar Martyr's Memorial ‘A’ Division League between GrandMaster Jawalakhel Youth Club and Valley Chyasal Youth Club ended up in a 1 - 1 draw at APF stadium, Halchowk on 5th January, 2019. The only two goals of the game happened in the first half of the match. First goal came from JYC at 10th minute. The goal was a header goal by Aruj Singh to a cross from a freekick. CYC got a chance to equalize the game at 32nd minute after a foul by Fode Fofana of JYC onto Sunny Byanjankar of CYC inside the box gave them a penalty. Tshiring Gurung of CYC took the penalty kick and scored on the bottom left corner of the post equalizing the game. Second half was a more aggressive half as three players were booked, Ajay Thapa and Suraj Jeu Thakuri of JYC and Koara Larba of CYC. Kuldip Karki of JYC was awarded the man of the match award for his performance in the game.