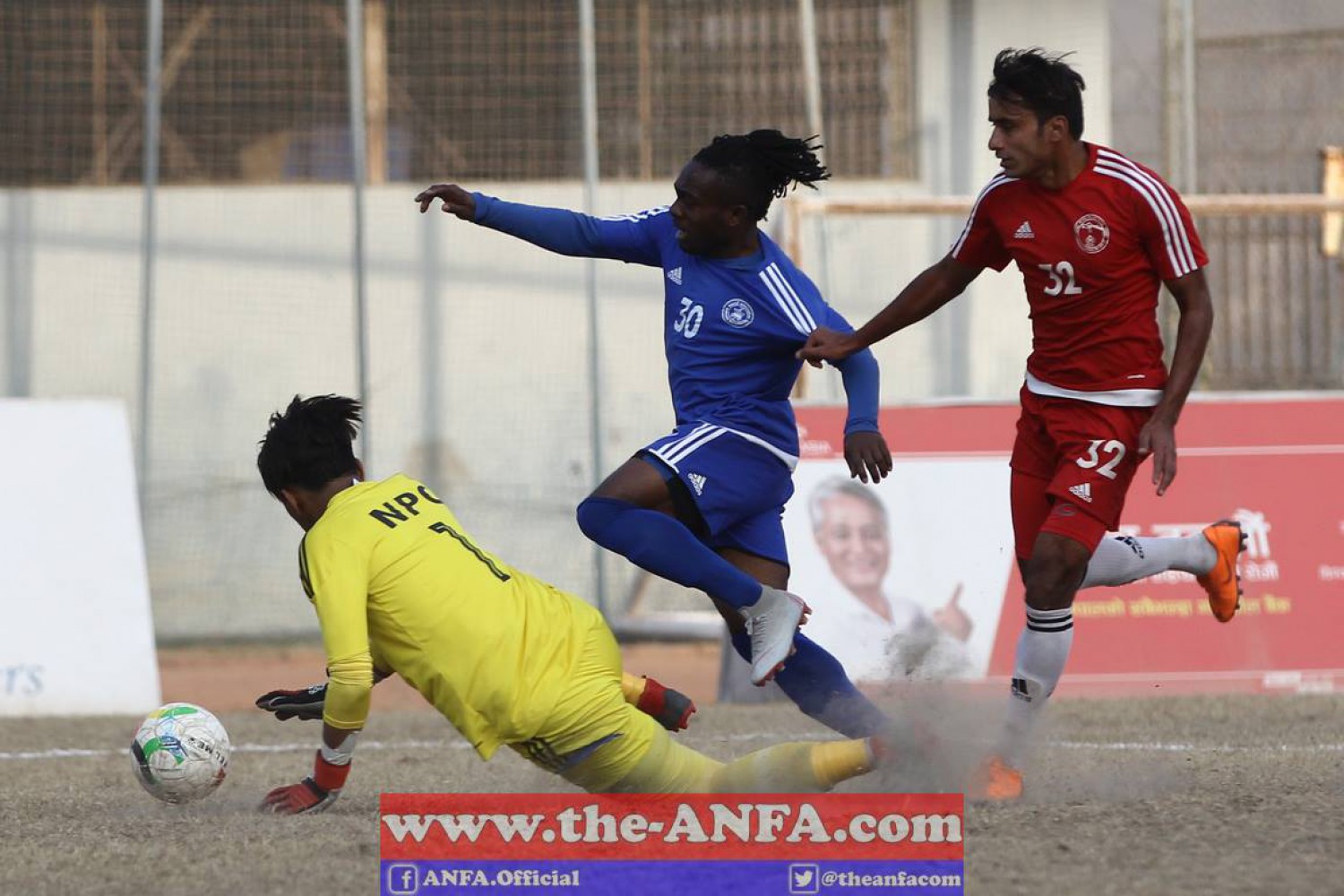 The match between Saraswoti Youth Club and Nepal Police Club ended up in a stalemate of score 1 - 1 in the last round of ongoing Pulsar Martyr’s Memorial ‘A’ Division league at APF stadium, Halchowk on 5th January, 2019. First half of the game, both teams were playing well creating chances but could not score. Second half started with a goal by SYC. Victor Amobi of SYC scored a penalty at 50th minute after a foul inside the box. The lead did not last long as NPC came back into the game just 3 minutes after that with a goal by Ravi Paswan on a cross by Nir Kumar Rai. After that NPC got many chances to take the lead but were unsuccessful to score. Victor Amobi was awarded the man of the match award for his performance in the game.