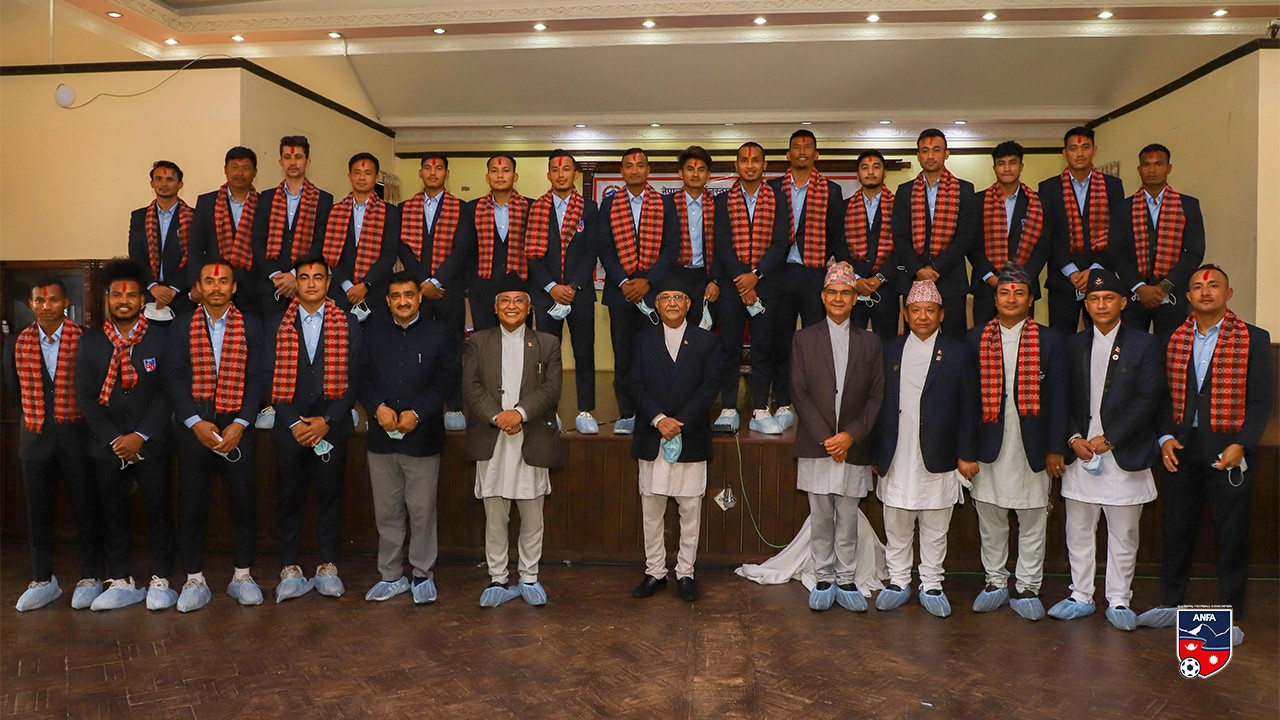 Players and officials who helped the national team win the Three Nations Cup 2021 have received award money from the government on Sunday.

Prime Minister KP Sharma Oli handed out the prize amid a special programme at PM's Office in Baluwatar today.

PM Oli lauded the national team for winning the trophy and wished them best for the upcoming SAFF Championship.

The government had announced cash prize of Rs 400,000 to each players and officials for winning the cup. It was Nepal's first trophy on home soil in 37 years.

Sanjog Rai and Bishal Rai scored for the hosts to edge Bangladesh 2-1 in the final at Dasharath Stadium.