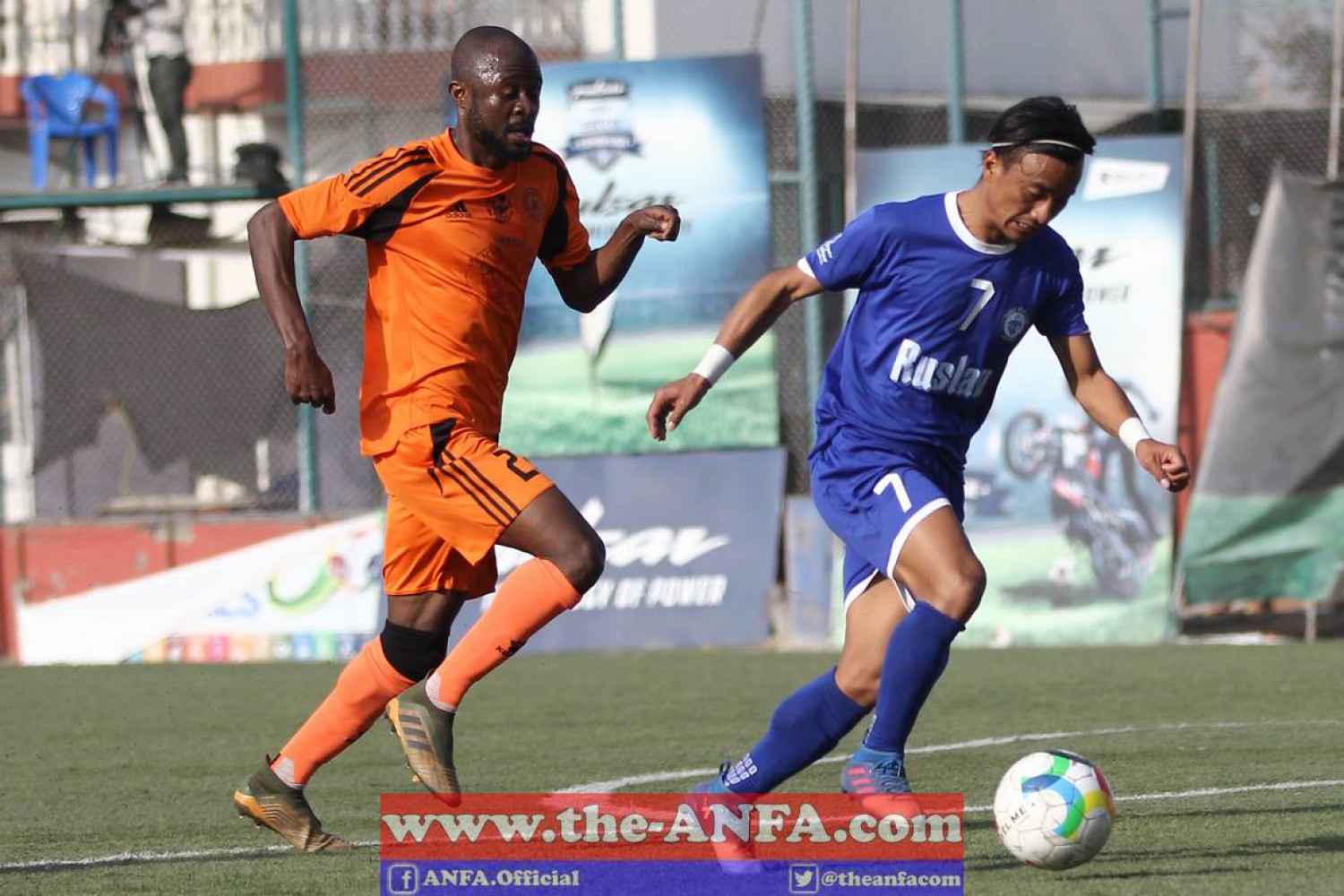 Ruslan Three Star Club(TSC) confirmed the third position on Pulsar Martyr's Memorial A Division League 2018 with a  2-0 win against Himalayan Sherpa Club (HSC). Buddha Raj Limbu and Ranjan Bista were in the score sheet in Sunday's match held at ANFA Complex, Satdobato. From the beginning, HSC looked promising and sharp on attack.  But it was TSC who took the lead at the 28th minute with Budhha Raj Limbu's wonderful placing goal. Ranjan Bista(TSC) assisted an excellent through ball inside HSC box. Limbu made no mistake and placed the shot at the bottom left corner of the goal. TSC, however, struggled to get a good grip in ball possession and attack. HSC side was amazing at opposition half in both the halves of the game. TSC keeper Alan Neupane made numbers of wonderful saves to keep his team ahead. At the 89th minute, Ranjan Bista doubled TSC's lead in a counted initiated by Ranjit Dhimal with a long ball. Bista won one on one against HSC keeper Kishor Giri to net the ball. TSC captan Bikram Lama was awarded man of the match for his contribution in the game.

Ruslan TSC ended up in the third position with 26 points after the 13th round. Pulsar Tribhuwan Army(TAC) stands fourth with 25 points after 3-0 win against Machhindra Club at Armed Police Force Stadium, Halchowk.