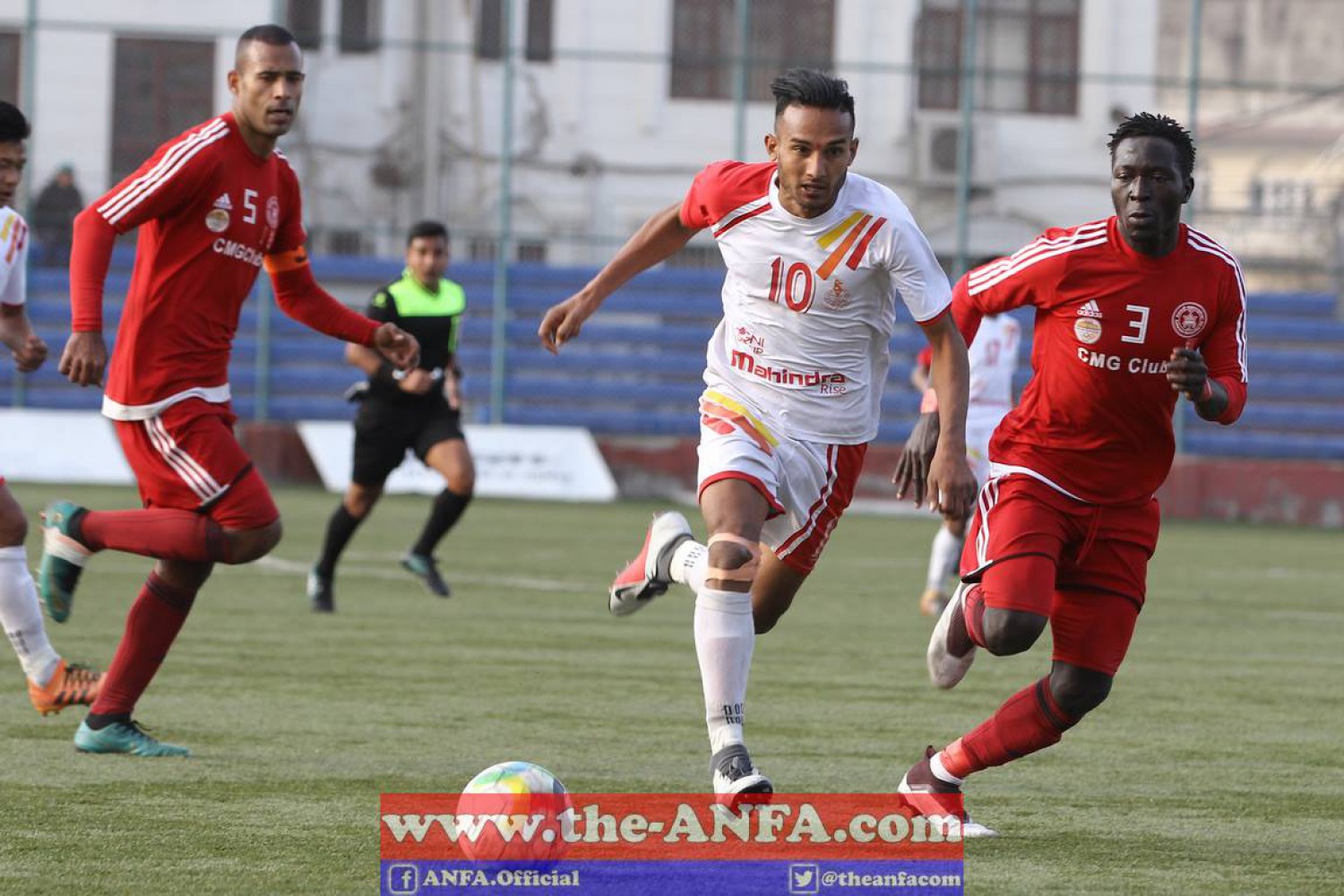 Mahindra Armed Police Club beat CMG Sankata Club 2 - 1 to secure the fifth position in the ongoing Pulsar Martyrs' Memorial A Division League Match held on 7th January 2019. Sankata Club even though dominated the possession in the starting minutes were caught on the counter-attack. The ball cleared by the APF keeper was taken all the way from center line to the goal post by Yubraj Khadka in the 26th minute of the game. Sankata Club put back to back to level the match but APF's disciplined defense stood firm. APF doubled their lead in the 71st minute of the game when Rajan Gurung headed home a brilliant ball from a freekick. Sankata Club was forced to make two substitutions in the game due to injury for Tampi Ernest and Saroj Dahal. Sankata managed to pull one back in the 93rd minute of the game from a brilliant freekick from Laxman Ruchal. Bishwas Udas was awarded the man of the match award.

Sankata finished the league grabbing the second position with 28 points where APF 6th with 23 points.Find the all match highlights here.