National team to resume training in Pokhara from Wednesday 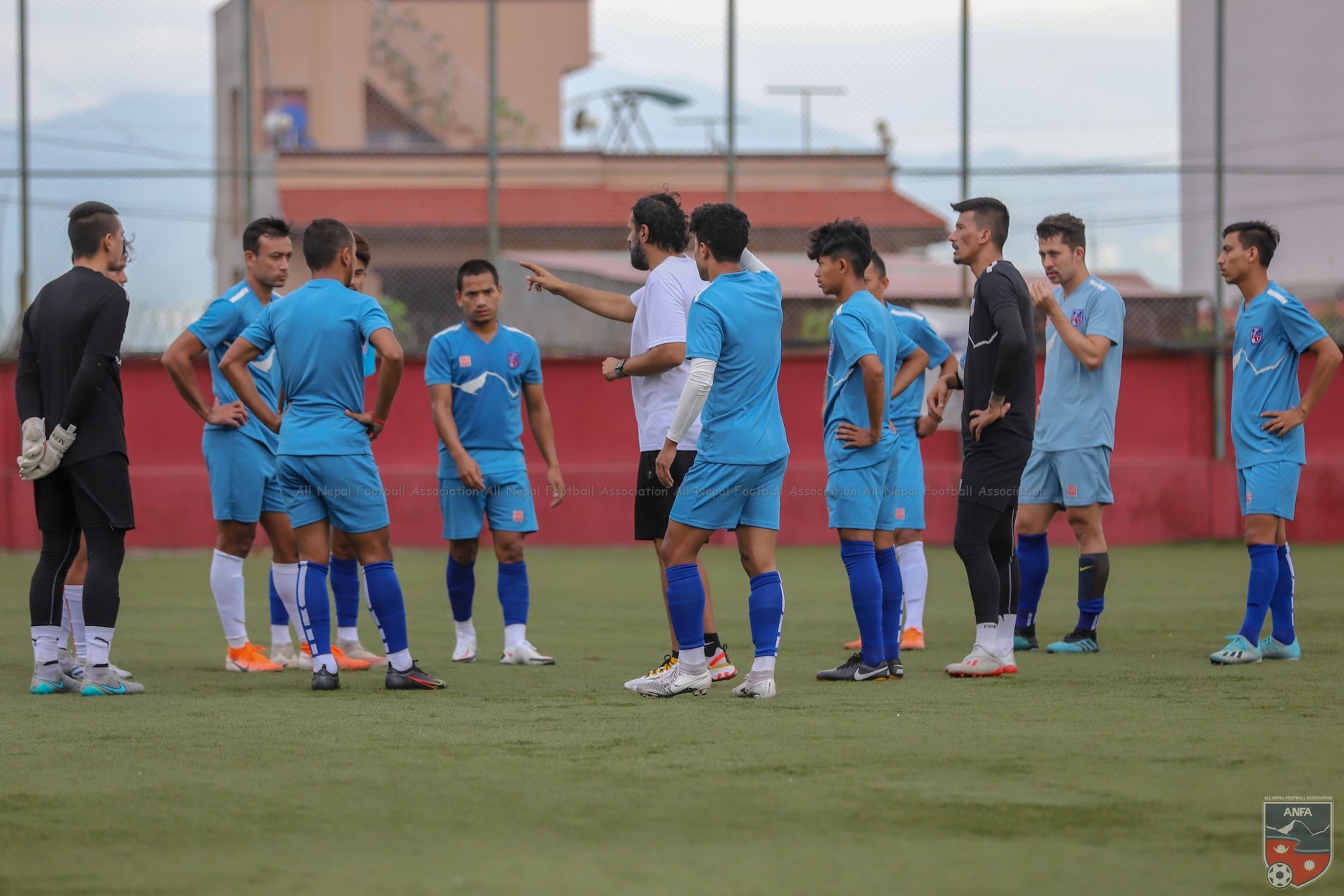 The team is currently in preparations for the upcoming SAFF Championship and AFC Asian Cup China Qualifier Final Round. Members and officials of the team are currently in 10-day break and will reach Pokhara on Tuesday.

Prakash Budathoki and Arik Bista will not join the squad in Pokhara and will be replaced by Shisir Lekhi, Sesehang Angdembe and goalkeeper Bishal Sunar.

Correction: Rajan Gurung and George Prince Karki's names have been added after their name was not included in the earlier list due to an error. We apologize for the error.