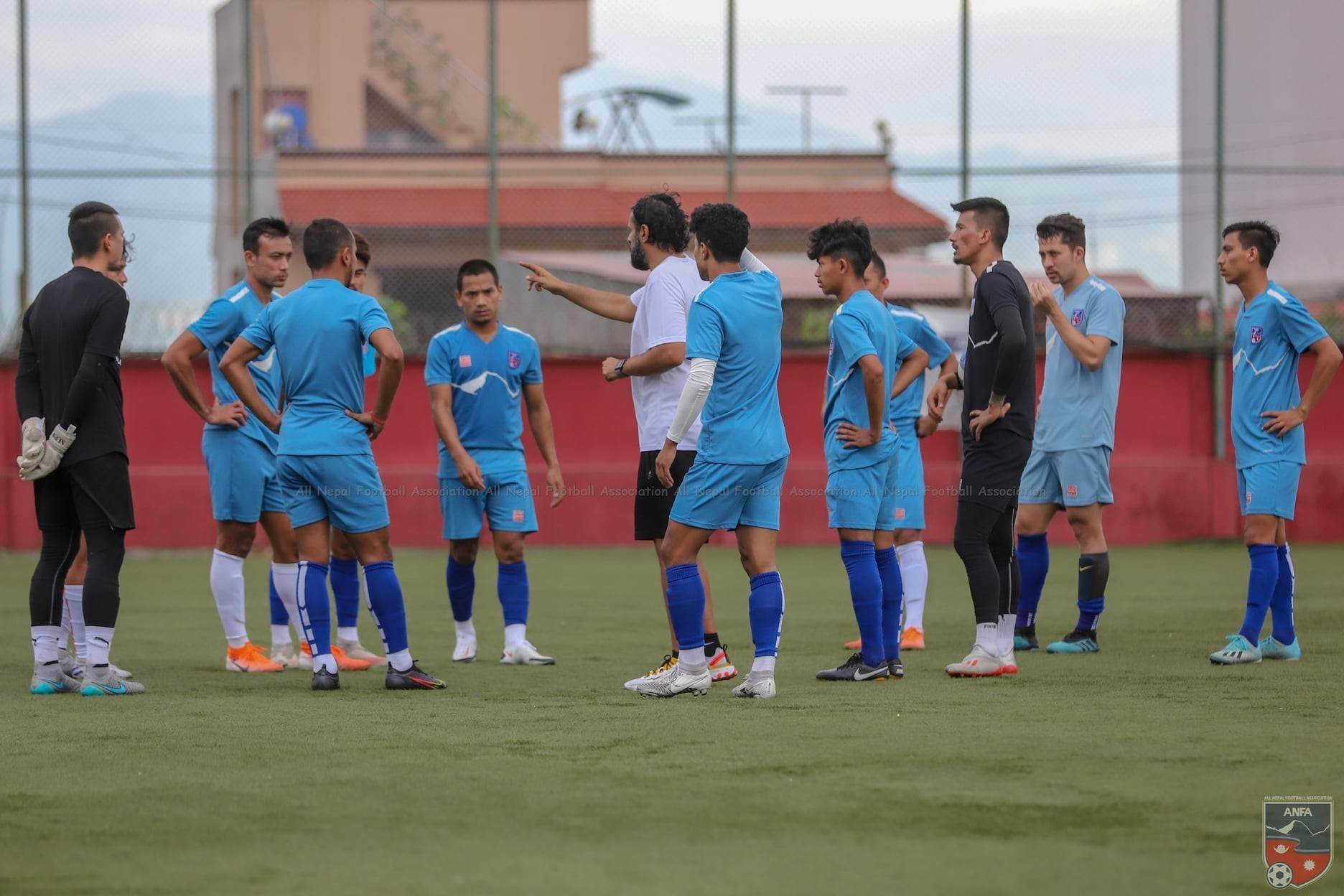 The fixtures of SAFF Championship have been released on Wednesday.

The Championship begins on October 1 with Nepal facing defending champions Maldives in the National Football Stadium in capital Male. Nepal will play their second match against Sri Lanka on October 3.

Nepal's third match will be against India on October 8 before wrapping up their group games against Bangladesh on October 11.

Nepali side is currently in closed camp training in Pokhara to prepare for the Championship. Nepal has never been into the final of the tournament.

India has been the most successful country in the championship lifting the title on seven occasions.