Following FIFA's decision to conduct a "feasibility study" to determine whether it can hold the men's and women's World Cup every two years instead of the usual four, All Nepal Football Association (ANFA), Bangladesh Football Federation (BFF), Football Association of Maldives (FAM) and Football Federation of Sri Lanka (FFSL) have taken out a joint statement in support of the proposal to review the FIFA international match calendar.

The four football associations stated they are uniting in support of the proposal and added they believed that the debate can only be positive for football's modernization.

The proposal was tabled by Saudi Arabian Football Federation during the 71st FIFA Congress. It received support from 166 member associations while 22 voted against it.

The full statement can be read below: 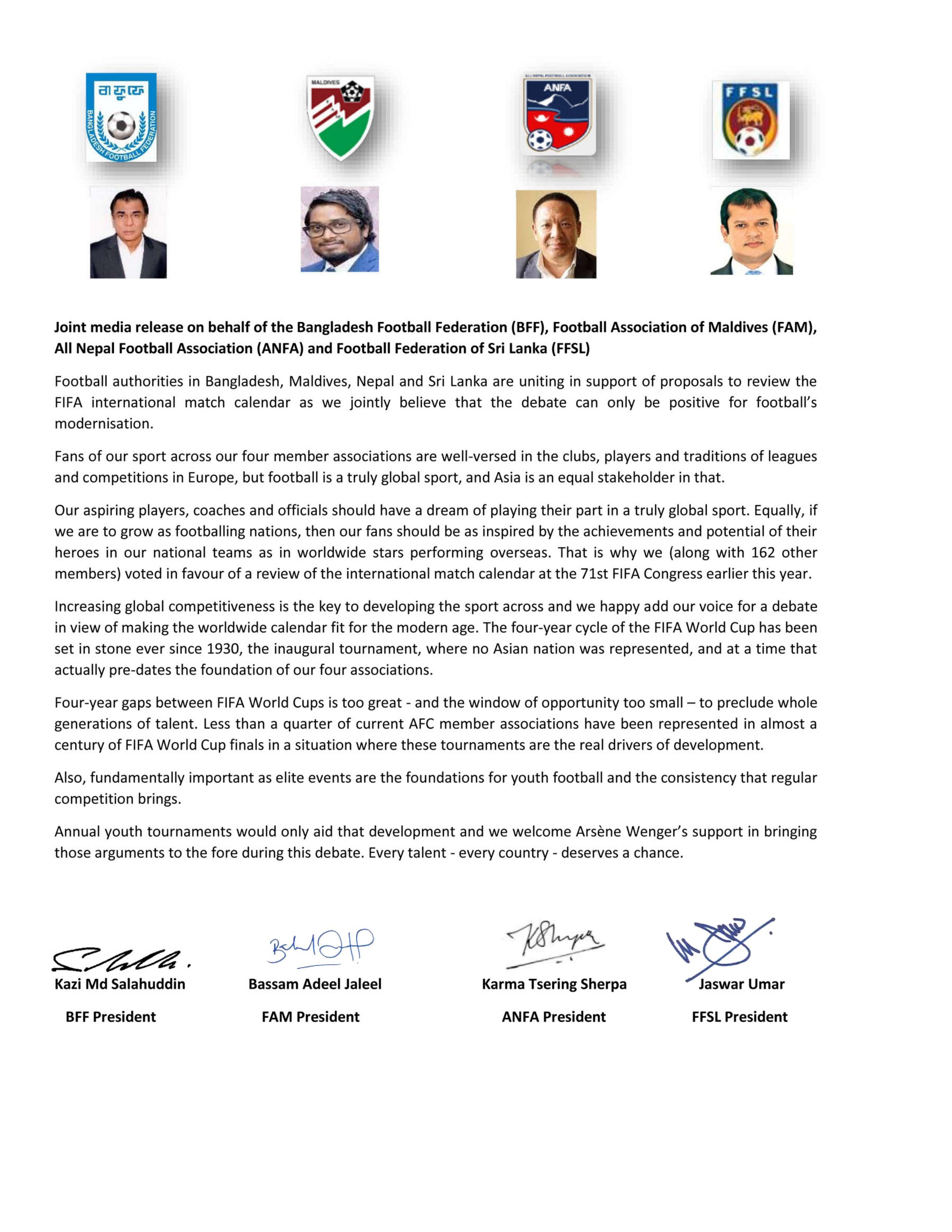