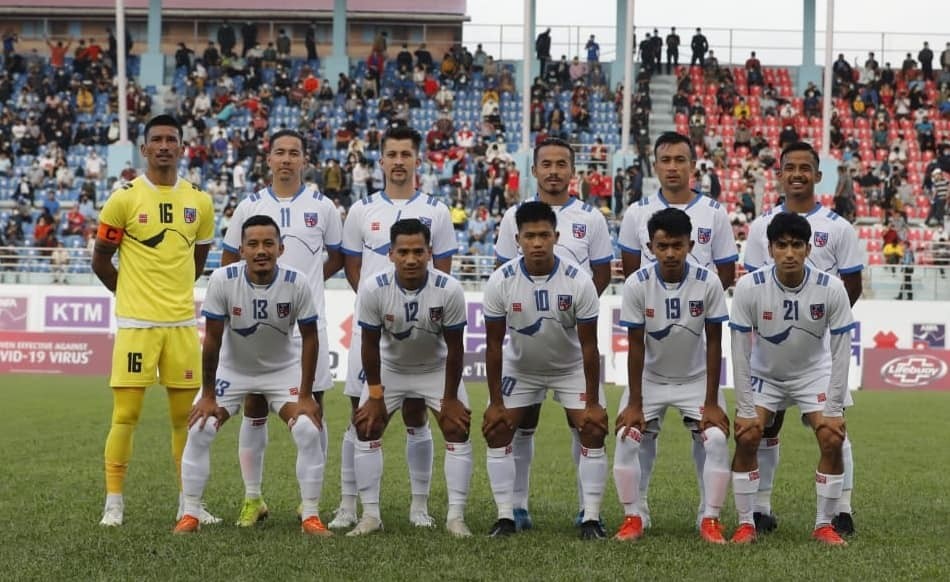 India defeated Nepal 2-1 in the second match of the Nepal India friendly series at Dasharath Stadium on Sunday.

Farukh Haji Kasam Choudhary scored gave the lead for India in the 62nd minute before skipper Sunil Chhetri doubled the advantage in the 80th. Tej Tamang pulled one back in the 87th minute but could not find the equalizer.

Nepal was the better side in the first half and were guilty of multiple missed chances. Manish Dangi missed a glorious opportunity in the 13th minute when a deflected Tej Tamang cross was just out of his reach. Pujan Uperkoti skied another shot in the 22nd and when Ayush Ghalan whipped one from the left there was no one in the receiving end in the 28th.

Indian team came back stronger in the second half and began teasing the Nepali goalpost before Choudhary finally broke the deadlock. Chhetri doubled advantage came after one-vs-one against Nepali goalkeeper Kiran Chemjong.

Tamang's goal in the dying minutes was a thing of beauty. He latched a powerful right footed shot from outside the box with opposition goalkeeper could only watch the ball going into his net.

Indian team head coach Igor Stimac said the second game was much better than the first one. "Obviously one of the reasons for that is the better pitch," said Stimac. "We need to congratulate players from the both teams on their attitudes and their willingness to win the game. I need to appreciate my players as they were much more patient this time," Stimac added. "Waiting for the first goal to happen to open up Nepali defense and when that happens everything seems to be much easier," the coach said.

Nepali coach Abdullah Almutairi said it was a perfect game from his side. "We played perfect and controlled the game," said Almutairi. "We didn't finish our chances but as a team I am very happy and proud that everything is good."

The first match, played on September 2 in the same venue, ended in a 1-1 draw.