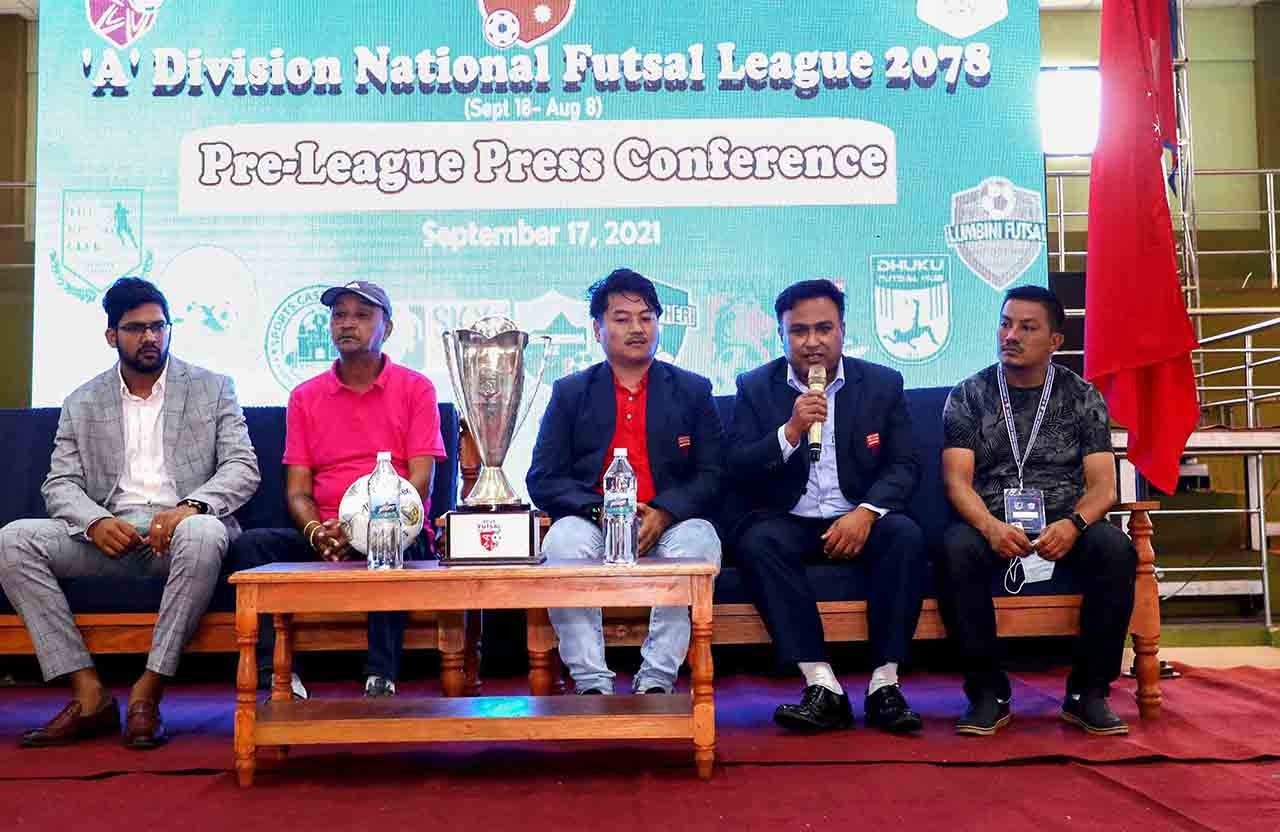 Futsal clubs participating in the 'A' Division National Futsal League have said they expect a good performance and tough competition from each other as the tournament begins from Saturday.

In the pre-match conference at Multipurpose Covered Hall in Pokhara Stadium on Friday, clubs coaches and captain said it was a good platform for the players to showcase their talent.

Meanwhile, the preparations for the tournament have been complete. In a press meet organized after the pre-match press conference ANFA Futsal Committee Chairperson Ratna Kumar Shrestha and Futsal Chief Binod Gurung said the preparations were complete and expect the tournament to be a milestone in the development of the game in the country.

The winner of the tournament will receive a cash prize of rupees one million while the runner-up will receive Rs 500,000. Also the best player in each category will be awarded with Rs 25,000 while Man-of-the-Match of each matches will receive Rs 5,000 each.