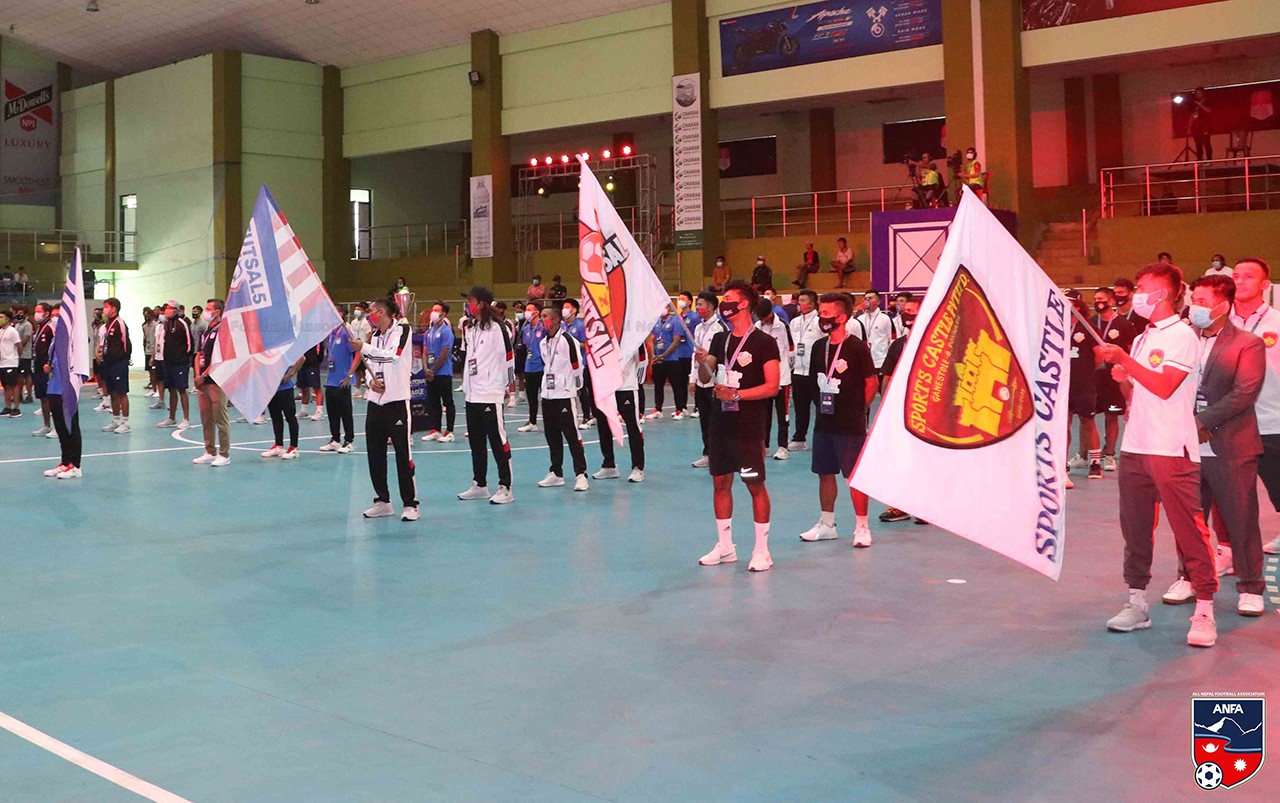 The 'A' Division National Futsal League has begun at Multipurpose Covered Hall in Pokhara from Saturday.

Gandaki Province Ministry of Youth and Sports Rajiv Gurung inaugurated the tournament by handing over the match ball to officials.

In a glittering opening ceremony, ANFA President Karma Tshering Sherpa also wished for the successful completion of the tournament.

The Rising Cub Dharan made a winning start with a 5-4 win over Machhindra Sky Goals Kathmandu. Milan Limbu, Dorje Tamang, and Sudip Gurung scored one each and Rewosh Maskey hit a brace for the Dharan side while Sri Krishna Shrestha scored a hat-trick and Aashish Sunam scored the other for Sky Goals.

In the second match of the day, Sports Castle Pokhara romped to a 7-0 victory over Prabhatpheri Youth Club. In the one-sided match, Sumit Shrestha and Khim Raj Gurung scored a brace each and Bijay Gurung, Dipesh Ghale and Kishor Gurung hit one each. 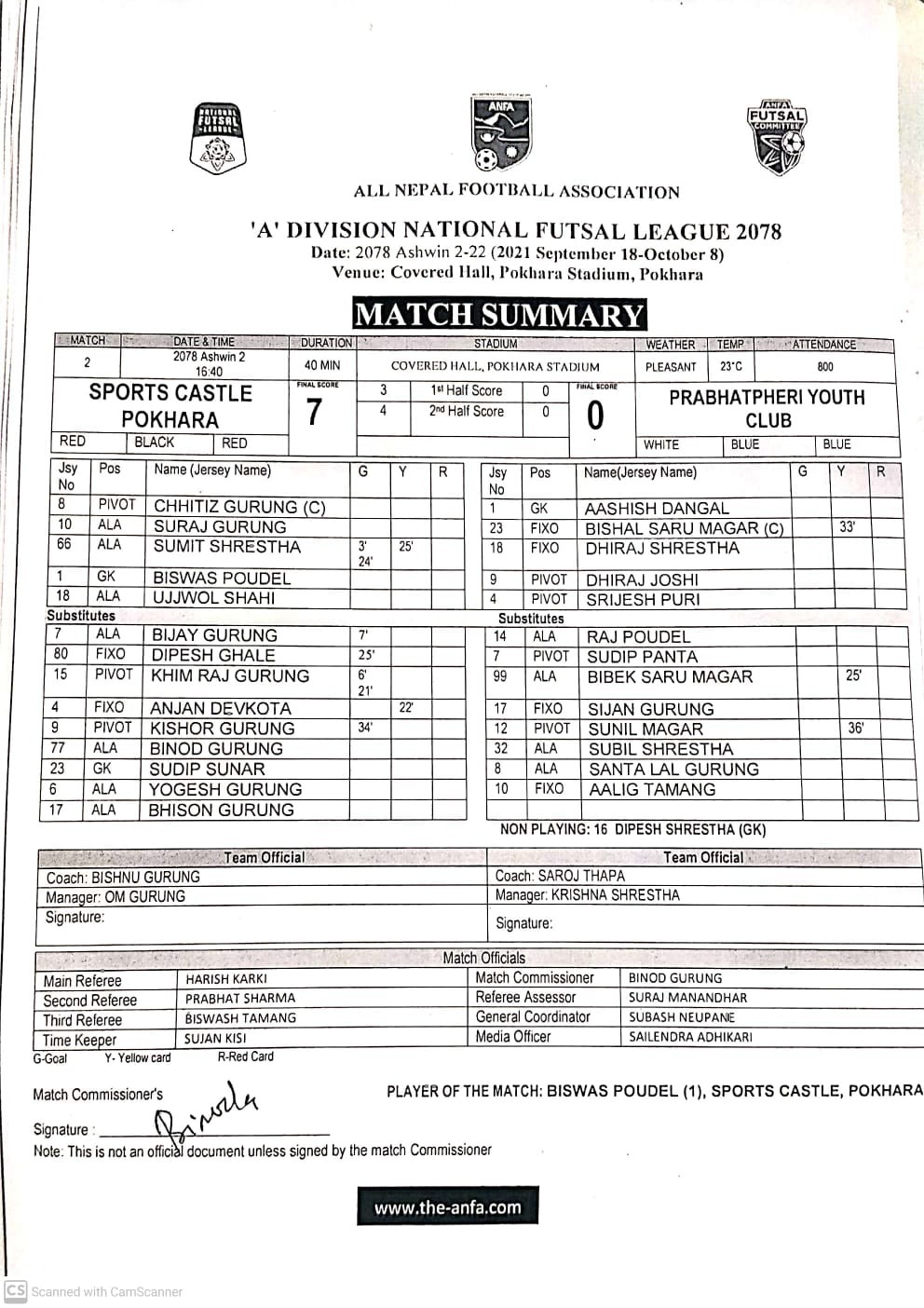