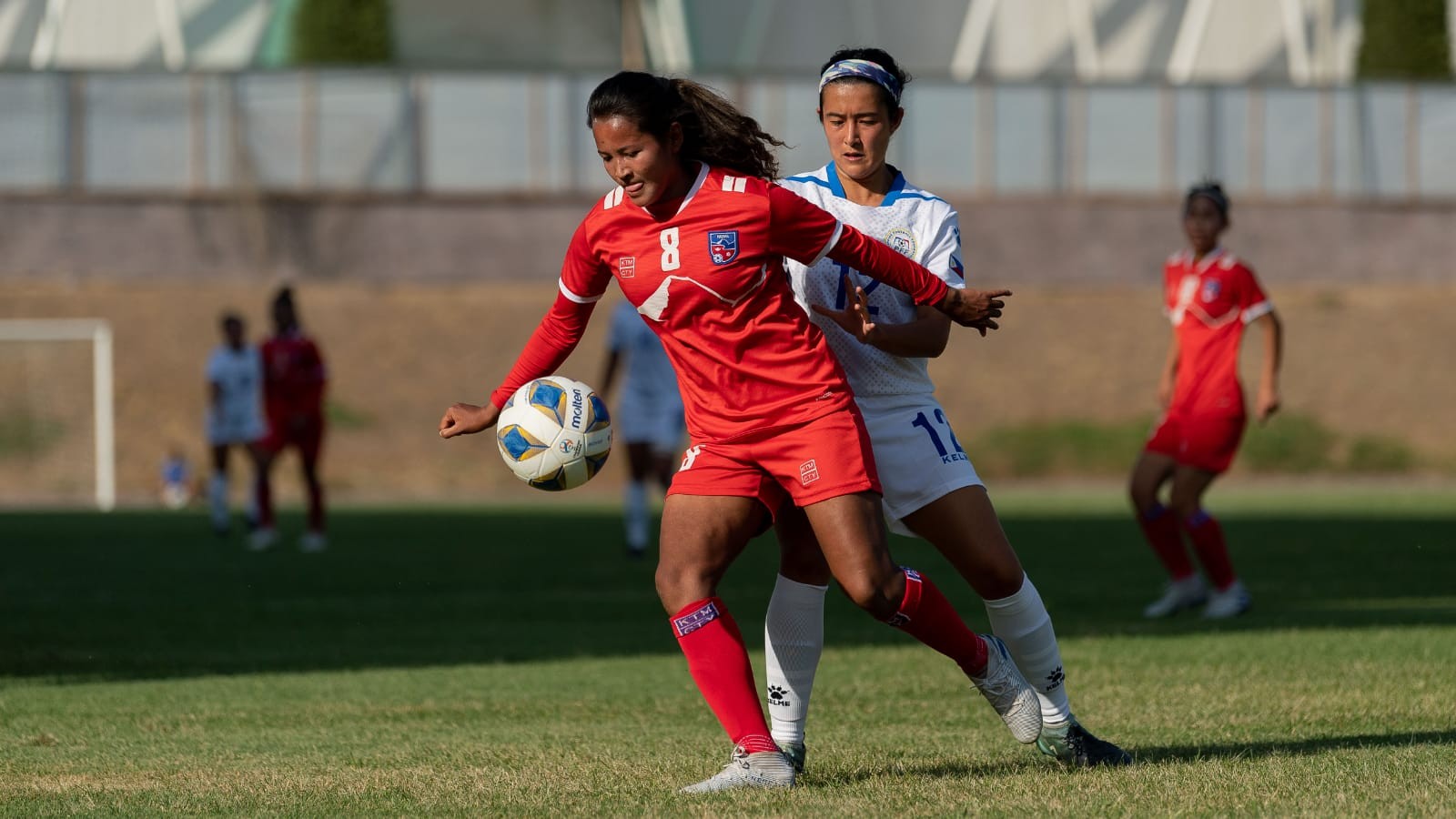 Nepal lost 2-1 to Philippines in the AFC Women's Asian Cup Qualifiers after conceding two late goals at the Jar Stadium in Tashkent.

Bimala Chaudhary had given the lead to Nepal in the 10th minute but Tahnai Annis and Camille Wilson struck in the space of two minutes to snatch the victory from Nepal.

Chaudhary headed in the goal from Sabita Rana's cross to give the lead for Nepal. She, however, had to come off injured in the 39th and was replaced by Anita Basnet.

Annis levelled in the 90th minute and Philippines ensured all three points in the 92nd minute through Wilson.

Nepal's coach Gary Phillips said he was saddened by the loss but praised the team for good performance. Phillips said the team played well for the 85th minute but the last five minutes let them down.

Nepal will play their other match against Hong Kong on September 21. 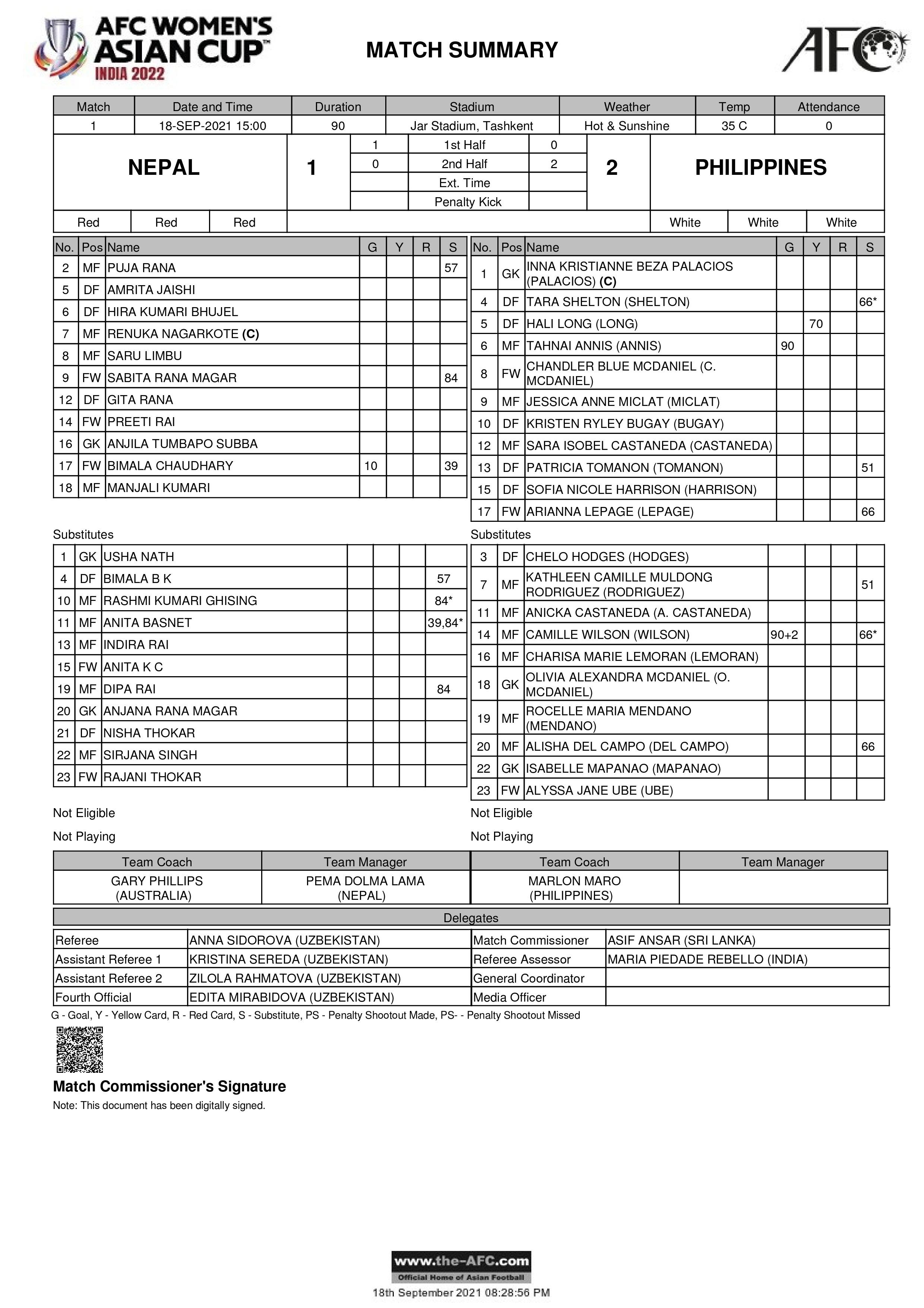