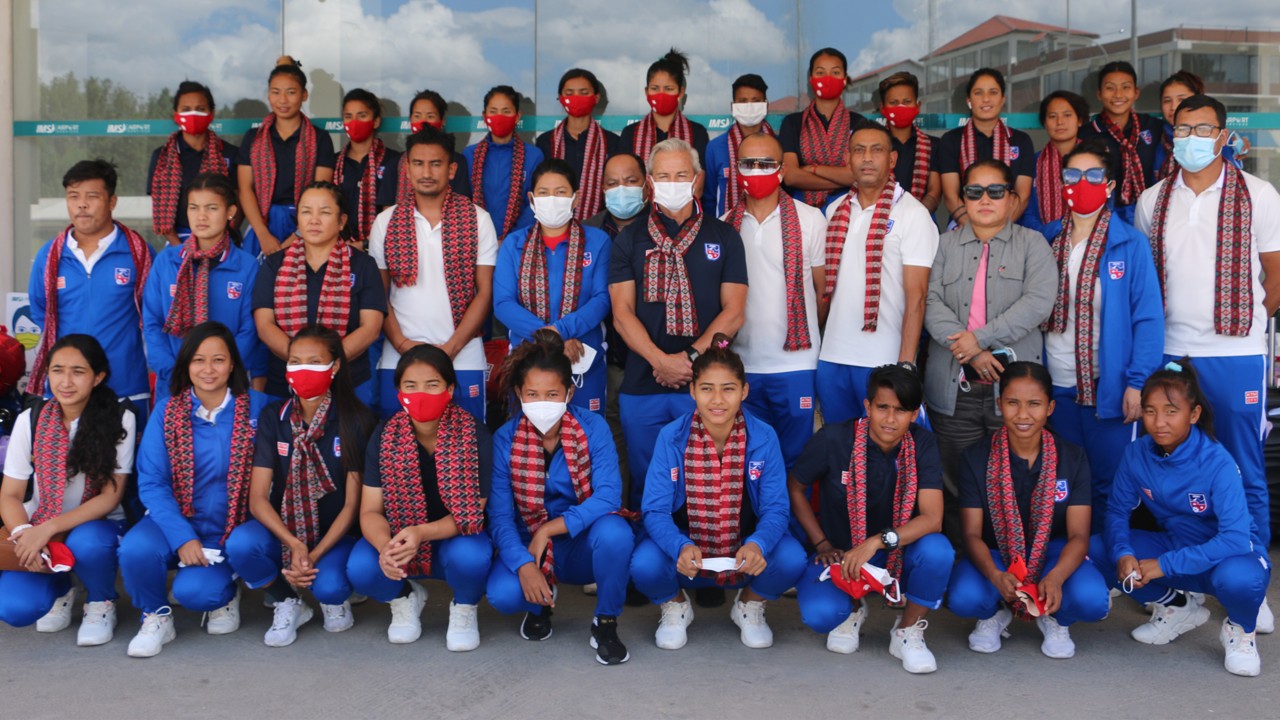 The Nepali national women's team has arrived after taking part in the AFC Women's Asian Cup Qualifiers in Uzbekistan.

Women's Association President Brinda Dewan and League Committee Deputy Director Ramesh Rajayamajhi welcomed the team upon their arrival at the airport on Thursday.

The national team lost their opening match against Philippines by 2-1 and played a goalless draw against Hong Kong.