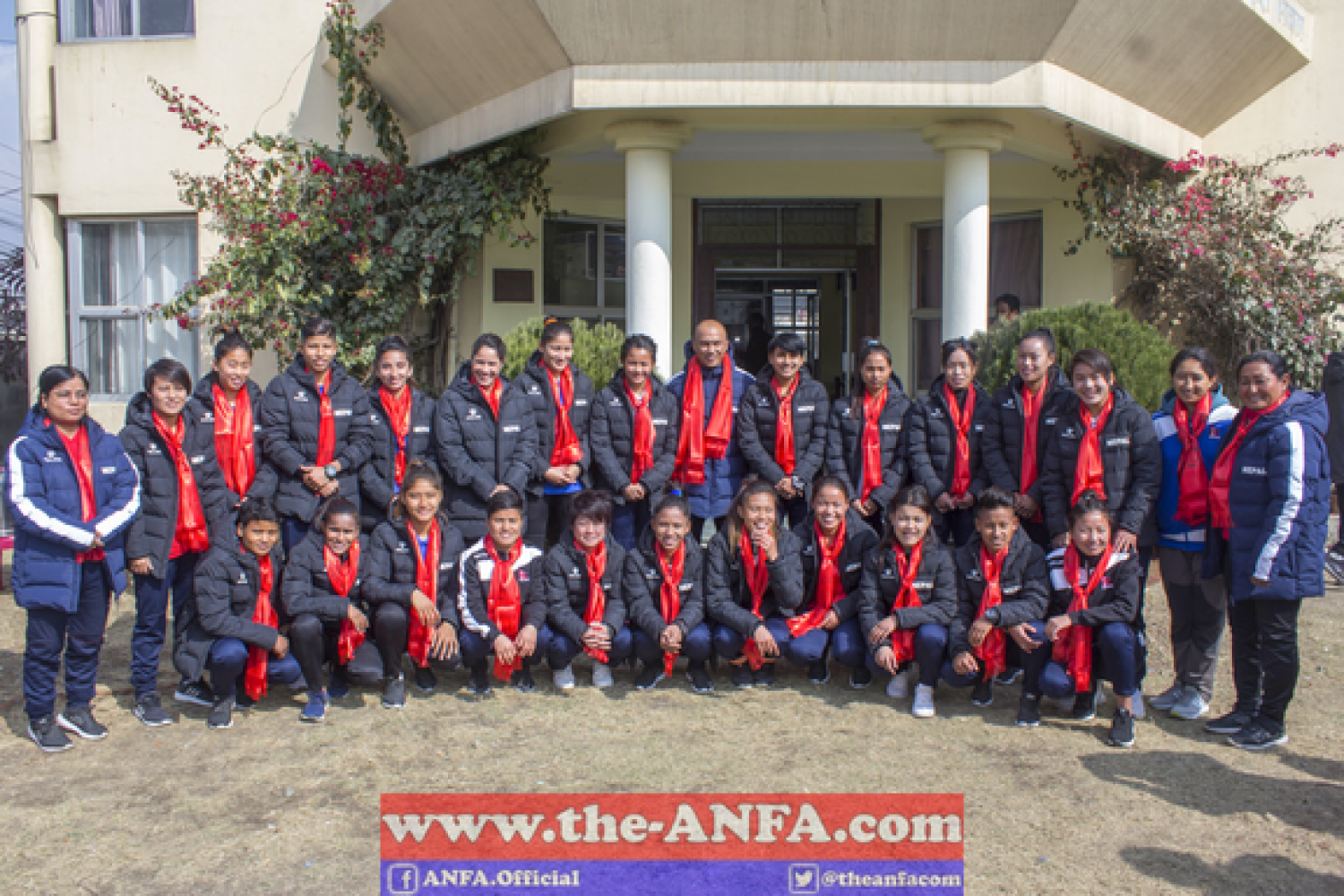 The All Nepal Football Association today bade farewell to Nepal National Women's Team that is travelling to India to particpate in the four-nation tournament slated from February 7-17 in Bhuwaneshwor.

During the function, ANFA also received 897 pairs of football shoes from the KFA.

The team is scheduled to leave Jhapa on January 30 (Wednesday).

"First I would like to congratulate Nepal Women's team for their outstanding performance in the Olympics Qualifiers 2020," said KFA President Chung Mong-gyu.

"I am confident that the team will do the best in second round and earn berth in the finals. We hope Nepal will play Korean in the finals."

"We are delighted to welcome Mr. Chung in Nepal for the second time.I also thank KFA for the gift."

"Women's team is doing very well in the international arena and we are hopeful the team will make the nation feel proud in the coming days as well."

Nepal has been pitted against Bangladesh, Bhutan and Pakistan in Group ‘A’ of the SAFF Women’s Championship.