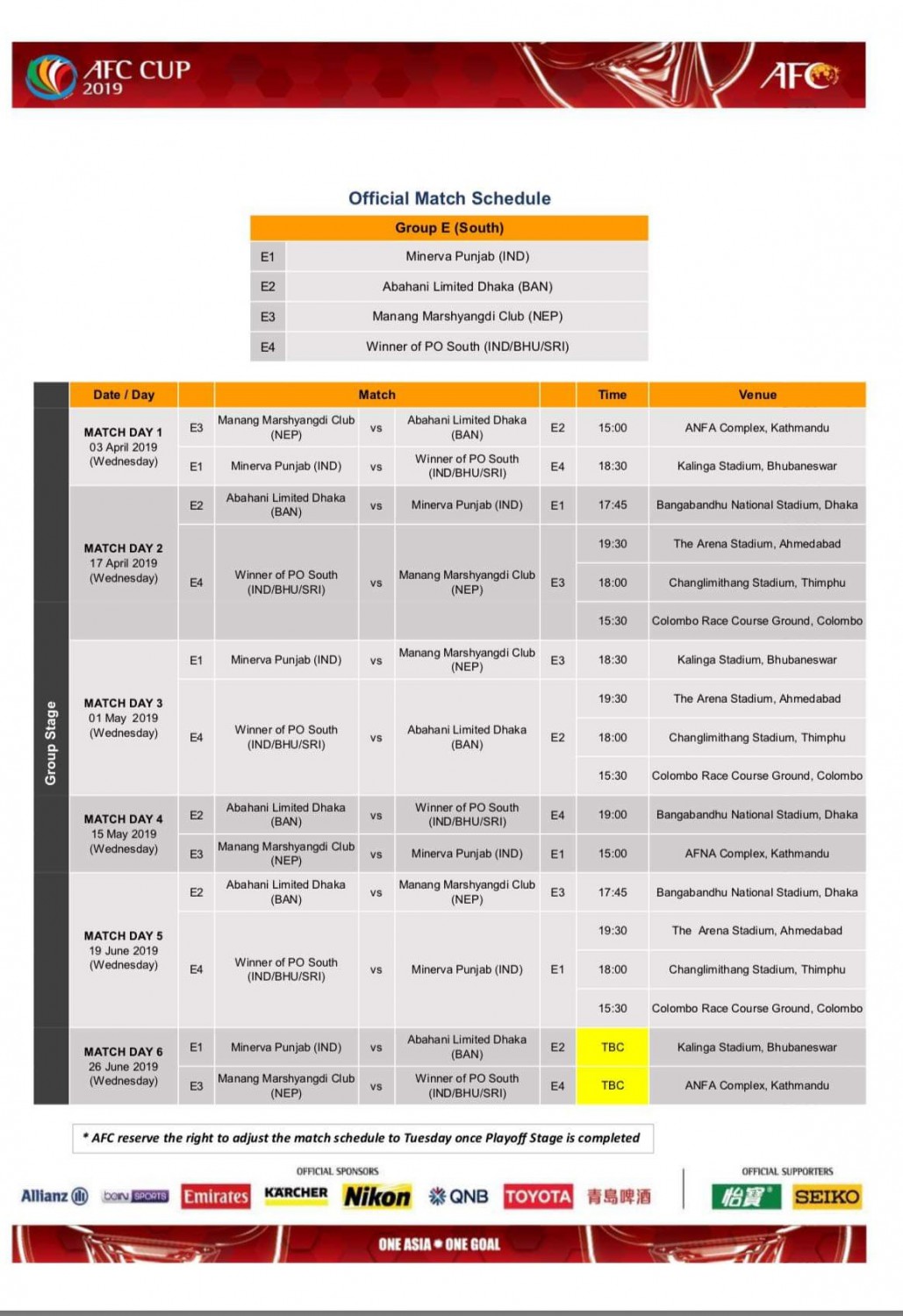 The Asian Football Federation (AFC) have revealed the fixtures of the AFC Cup 2019.

MMC will start the campaign against Abahani Limited Dhaka on April 3 at the ANFA Complex.

In the group stage, each group will play on a home-and-away round-robin basis. The winners of each group in the Central Asia Zone, South Asia Zone and East Asia Zone advance to the Inter zone play off semi finals.