Iran down Nepal in AFC U23 Asian Cup Qualifiers 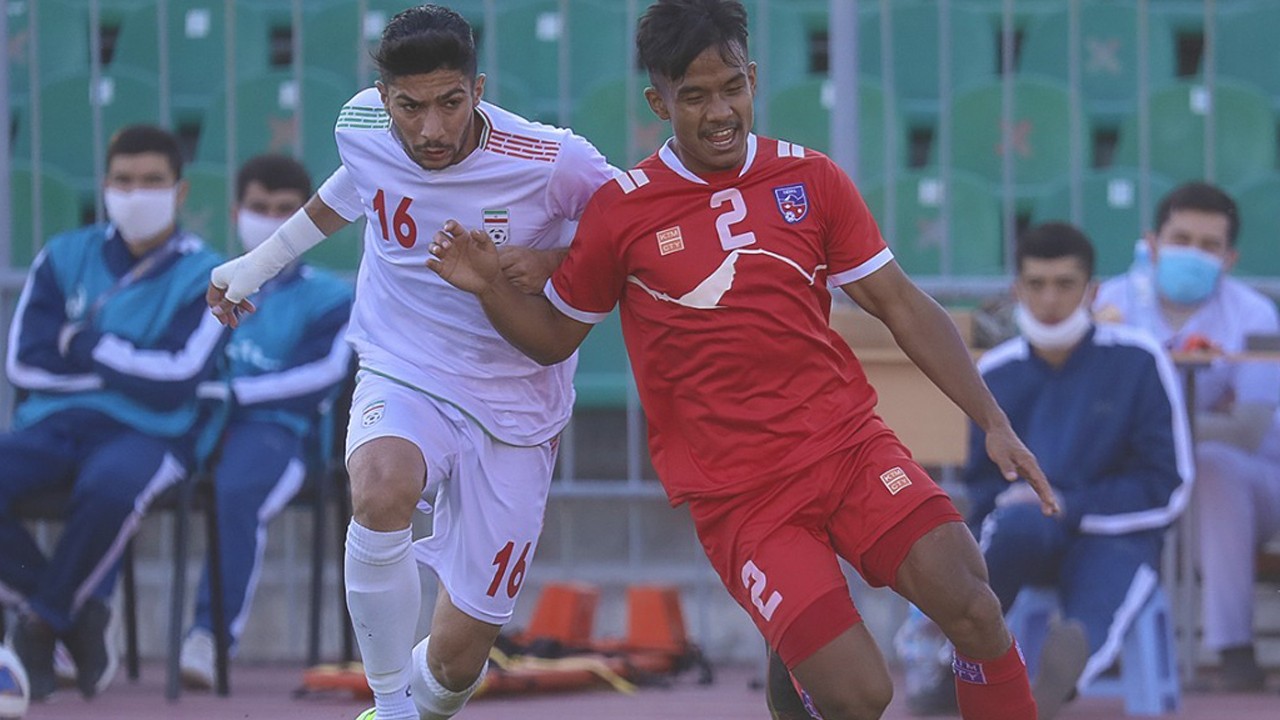 Nepal lost 4-0 to Iran in their first match of the AFC U23 Asian Cup Qualifiers in Tashkent, Uzbekistan, on Monday.

Hossein Nokhodkar scored a brace and Mehdi Lamouchitaraji and Yasin Salmani scored the other two goals for Iran.

After a goalless first half, Lamouchitaraji opened the scoring a minute into the second half. Nokhodkar scored his first in the 77th and added the team's third two minutes after his first goal. Skipper Salmani scored the fourth three minutes into the stoppage time to wrap up the victory.

Nepal will now play its second match against hosts Tajikistan on October 28. Nepal's third and final group match will be against Lebanon on October 31.