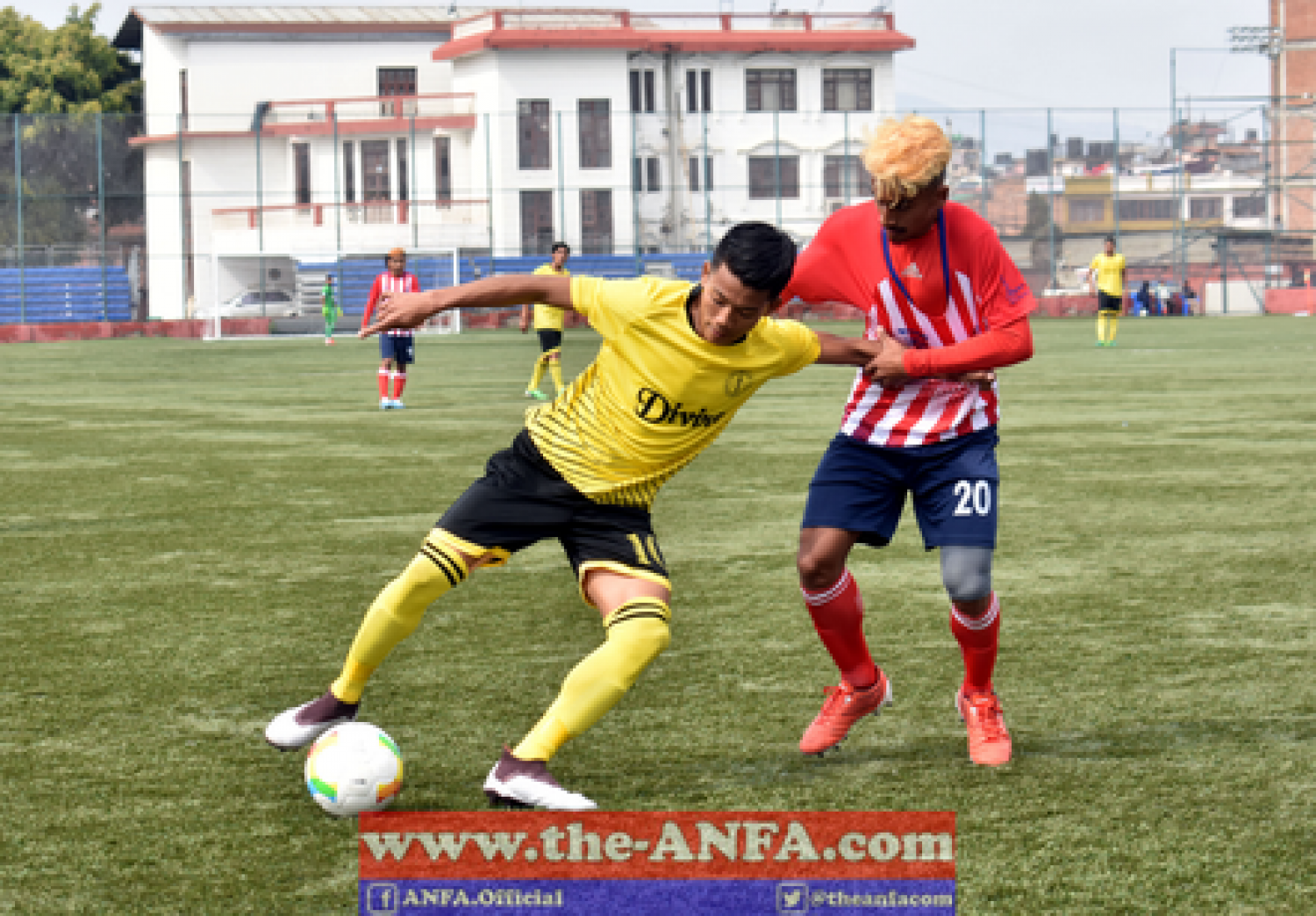 8 February 2019 - Jhamsikhel Youth Club today took Boys Union Club in the inaugural match of Martyr’s Memorial ‘B’ Division League 2075 as the promoted side ended up winning by a 1-0 score line. Thanks to Alish Lungeli for the goal in the 39th minute.

Susan Lama could have leveled the score line for Boy’s Union Club at the opening day if not for Jhamsikhel Youth goalkeeper Subash Magar, who saved his spot kick in the 70th minute.

In the second match of the day, Tusal Yuba Club defeated Shree Bhagwati Club with the same 1-0 score line.

Alon Rai scored the winner for Tusal Yuba in the 22nd minute.

Earlier, the league was inagurated by Chir Babu Maharjan, Mayor of Lalitpur Metroplitancity.