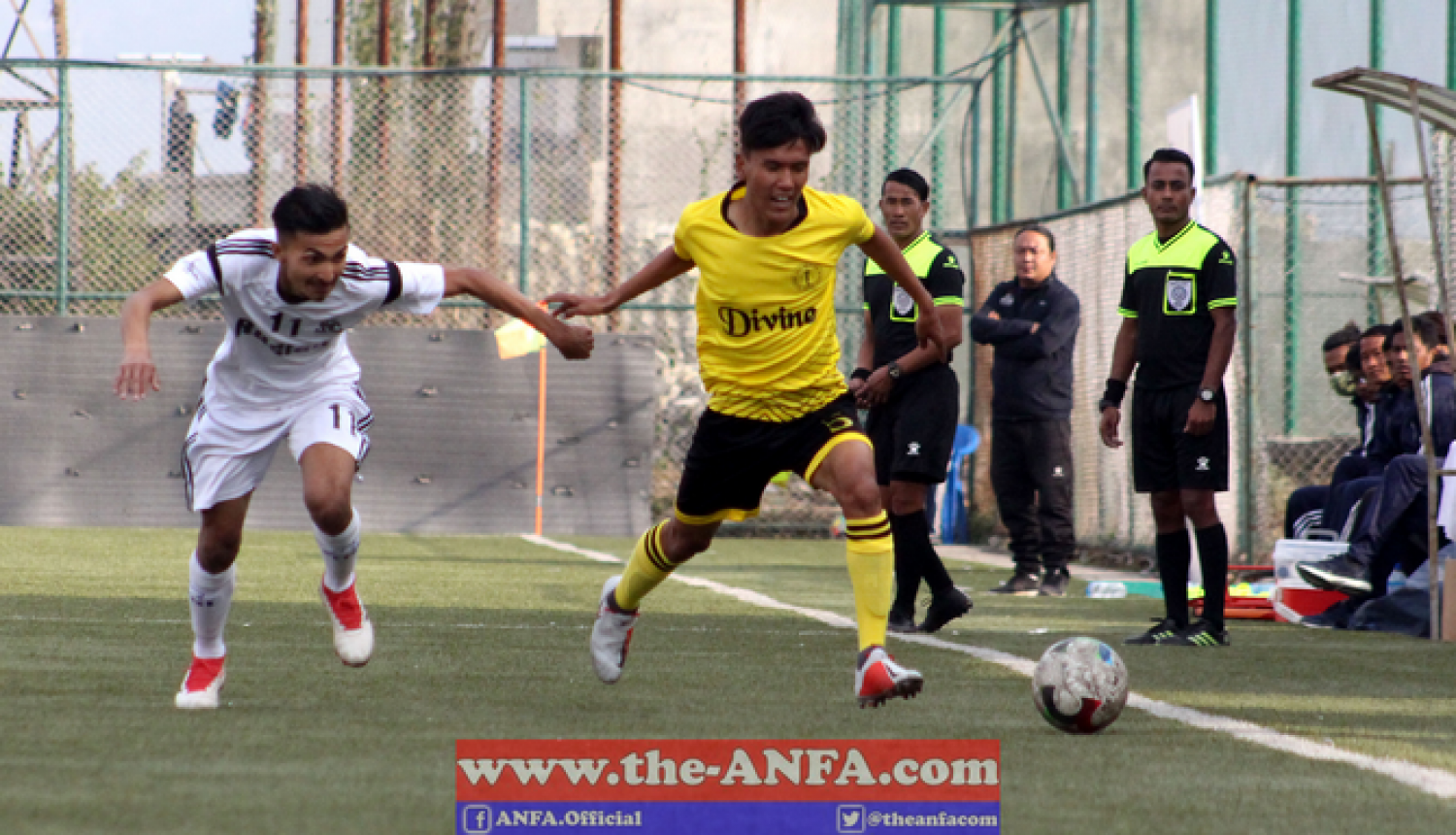 Shree Bhagwati Club drew their first blood with Govinda Prasad Rimal in the 44th minute of the match.

Shree Bhagwati produced a dazzling display of attacking football in the second half as they hammer Khumaltar Yuba Club 5-0.

In the other match, Divine Boys Union Club played a 1-1 draw against Satdobato Youth Club as the both teams share a point.

Birendra Limbu has scored for Satdobato in the 23rd minute while Susan Lama of Divine Boys Union (54’) forced a draw for Boys Union.