ANFA elections to be held on May 29 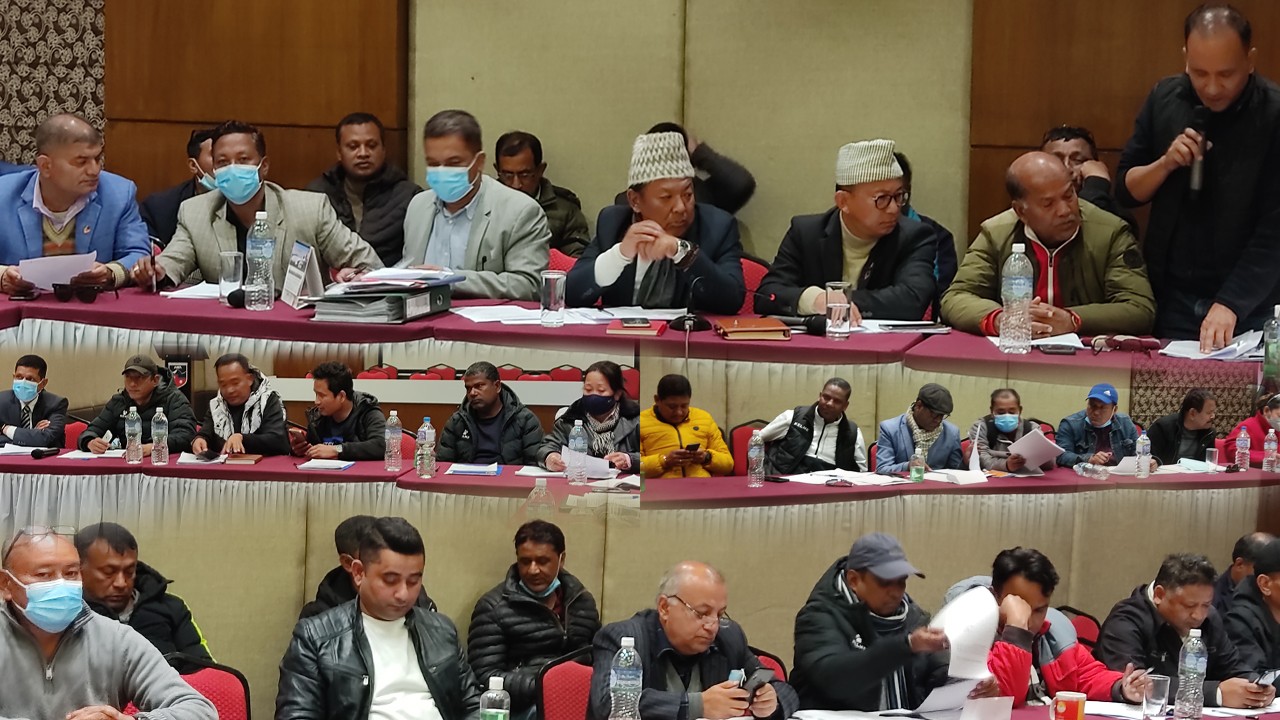 The 15th Executive Committee meeting has decided to hold ANFA election on May 29 (Jestha 15, 2079) this year.

The meeting, held over two days, endorsed the date for the elections. The meeting also decided to call an extraordinary congress (General Assembly) on February 12 (Magh 29, 2078).

Similarly the District Football Association and Member Associations election will be held from February 27 to March 14 (Malgun 15-30, 2078) after which the provincial elections will be held on March 15-24 (Chaitra 1-10, 2078).

It also endorsed the friendly matches to be played against Mauritius on January 29 and February 1. Similarly, the National Women's League will be held from January 29. The meeting also increased the preparation money for A, B and C division clubs by NRs 250,000.

The meeting also decided to check integrity of Disciplinary Committee member advocate Prabal Sharma to appoint him as the coordinator of the committee. The contract over organizing Nepal Super League will be decided in the next Ex Co meeting after forming a taskforce which will submit its report to the Ex Co. ANFA Vice President Singh, Assistant General Secretary Arun Man Joshi, Ex Co members Vijay Ghale, Dawa Lama, Dirgha Bahadur KC, Rajiv Poudel, Pema Lama, Women's Association Chairperson Brinda Dewan and League Committee Director Sanjeeb Mishra will be the members of the taskforce.

District League will be organized in districts affiliated with ANFA and the best teams from the districts will take part in the Provincial League. Decision regarding President's Cup and National League will be taken in the next Ex Co meeting after presenting its budgeting before the Ex Co.

The detailed decisions of the meeting can be viewed here. 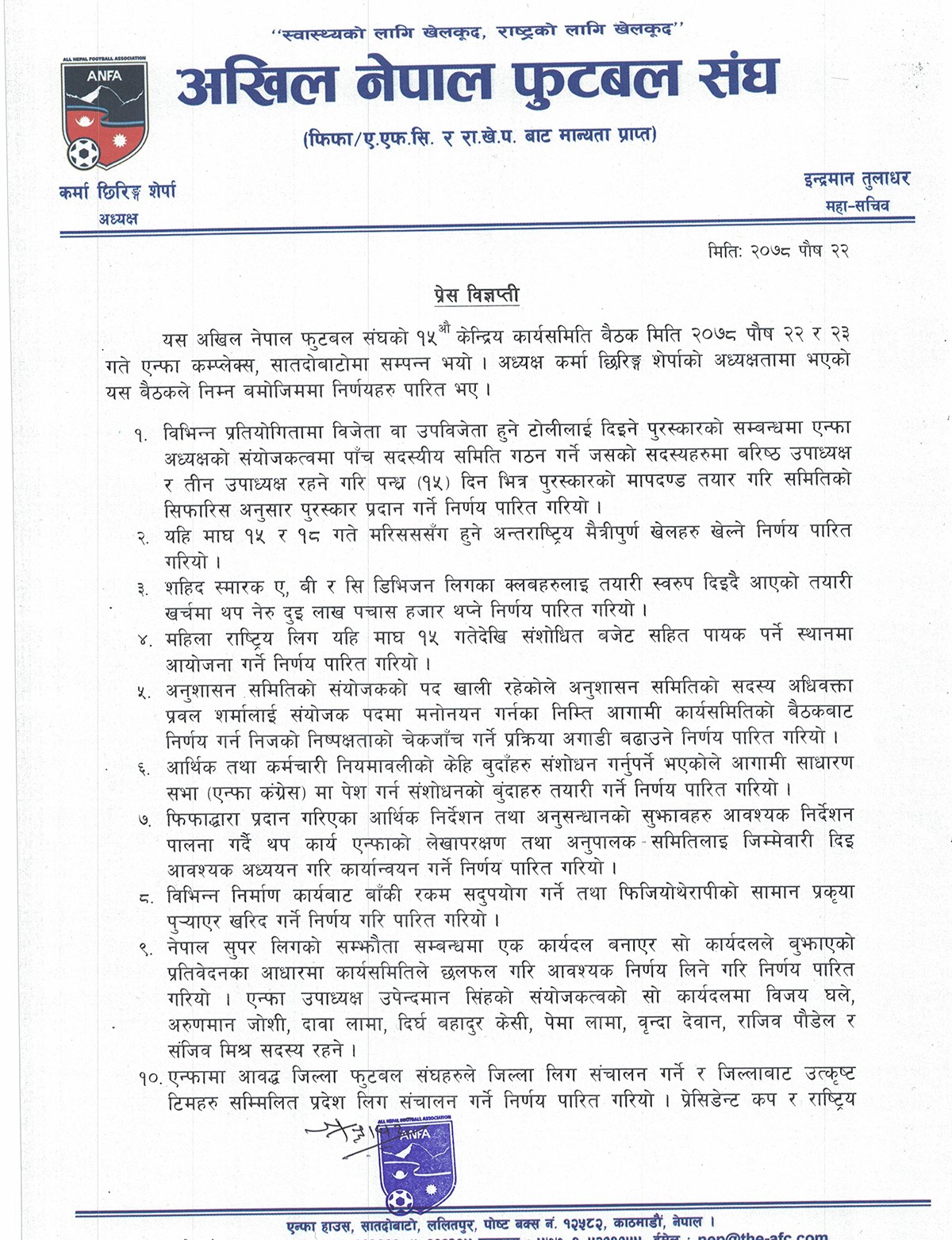 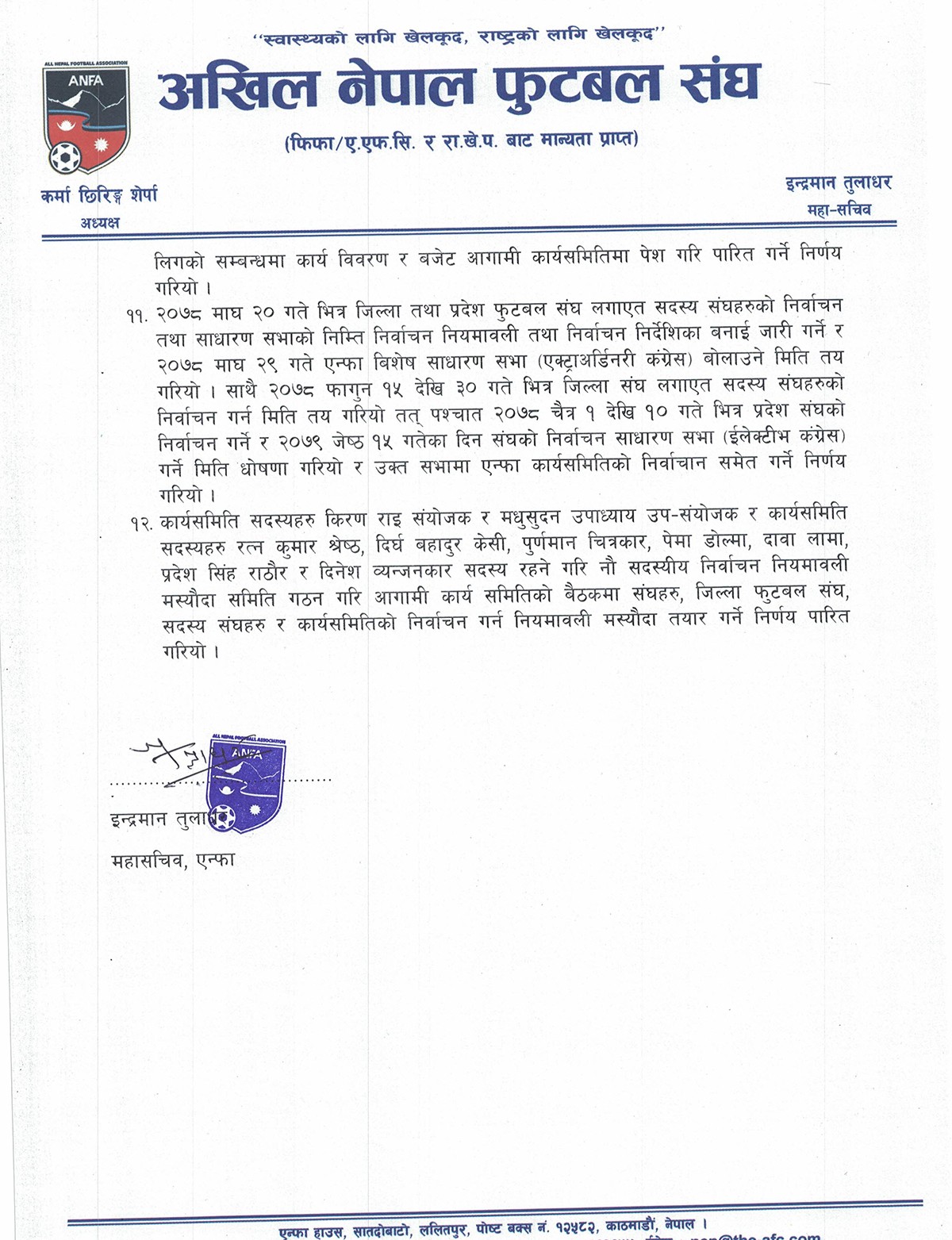