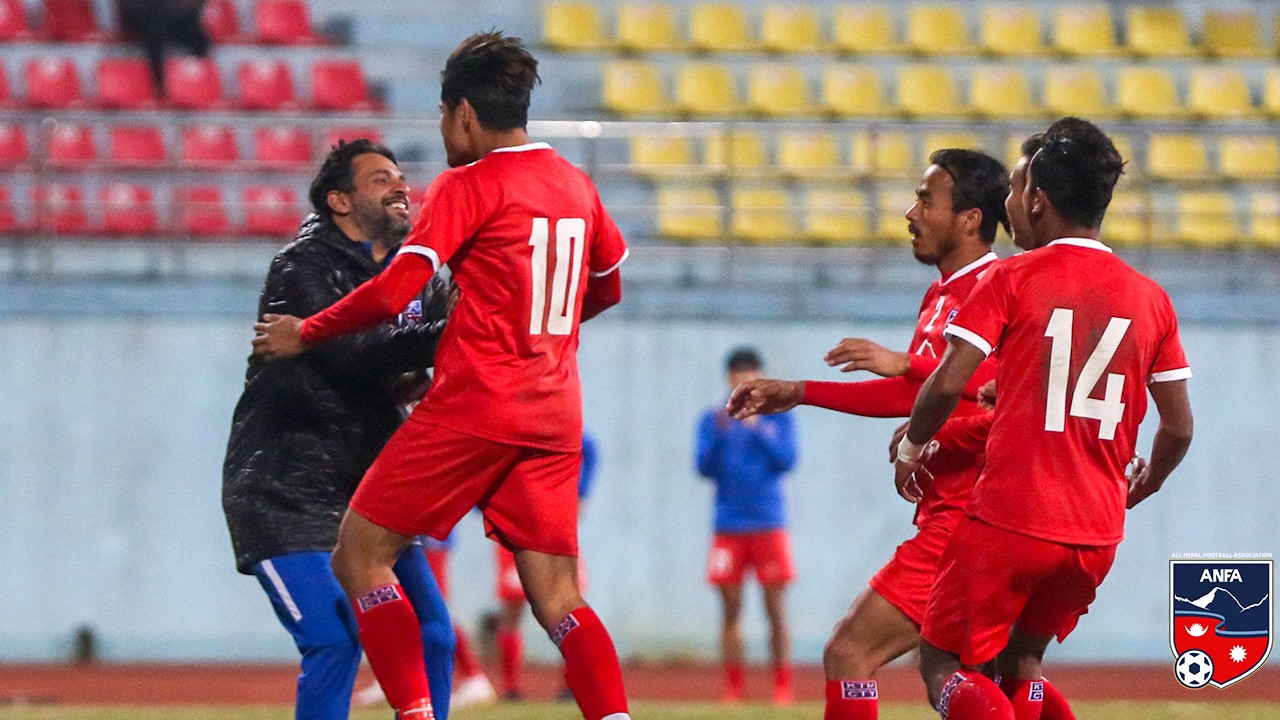 Striker Bimal Gharti Magar marked his return to the national team after a lengthy injury spell with a well-taken goal as Nepal defeated Mauritius 1-0 in the first of the two friendlies at Dasharath Stadium on Saturday.

The solitary goal in the 55th minute marked a dominating display by the Nepali side against the African nation. Magar's shot hit the bar and went into the net after he was fed the ball by Anjan Bista.

Bista himself had a glorious opportunity to double Nepal's score when he deflected Jagjeet Shrestha's corner but the ball came off the bar in the 76th minute. Minutes later Bista's another shot came off the bar again.

Mauritius head coach Tony Francois said Nepal is a strong team and his players gave their best in the match. "As I said we have not played for over two years and trained for only around 45 days for the friendlies. It was always going to be a difficult one for us physically," said Francois.

Francois said they had created opportunities to score but could not convert and Nepali side converting their chance was the difference in the match. He also said they were likely to make only a few changes in the next match. "Four of our key players didn't play the match today. We may play the same team or may make few changes in the next match on Tuesday," said Francois.

Nepal's head coach Abdullah Almutairi said his players played from their heart and gave their best. "Mauritius players were physically superior. But my players played with their heart," Almutairi said. He said the friendlies were second fiddle to the Asia Cup Qualifiers. "Playing against physically stronger Mauritius will help us in the Asia Cup Qualifiers," he said.

Almutairi said the team started where they left off after the SAFF Championship with a good performance but still need to fix the defending issues seen in today's match. "They had three clear cut chances but didn't score. We need to work in our defending," he said.

The second friendly will be played in the same venue and time on Tuesday.