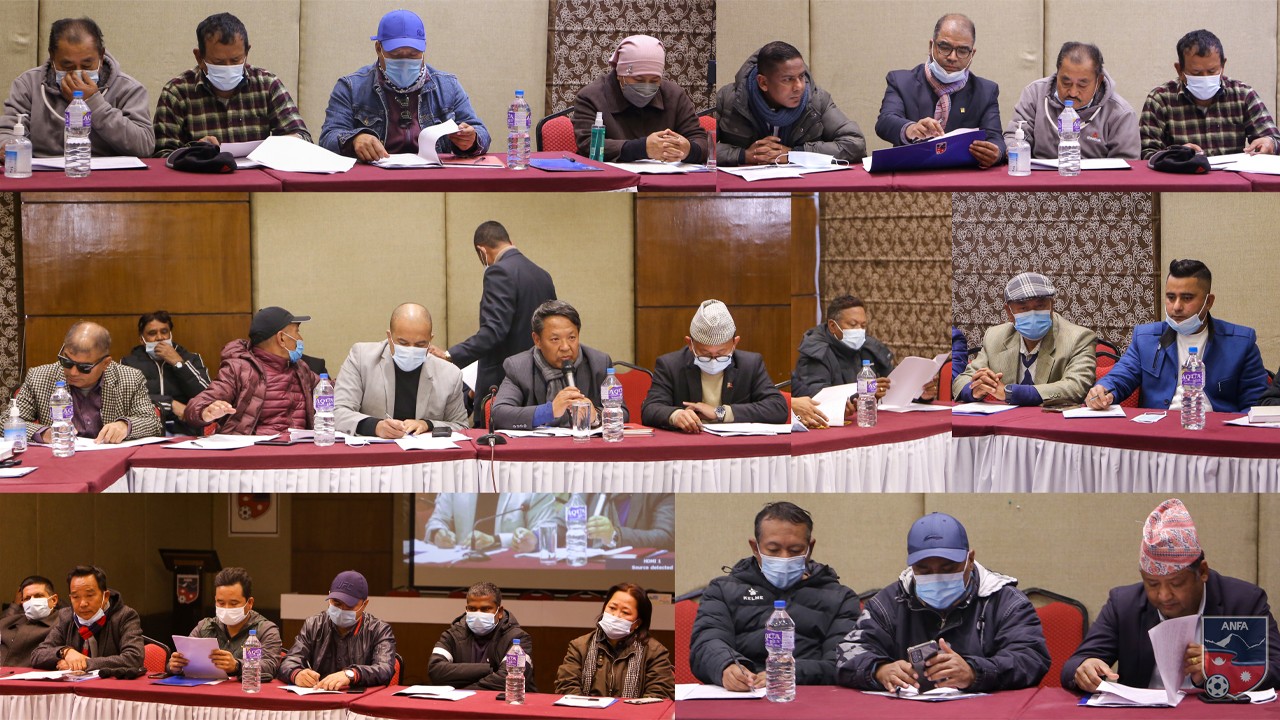 The meeting was chaired by ANFA President Karma Tsering Sherpa.

The meeting decided to endorse the proposed Election Regulation draft as per the directives from FIFA and AFC. The meeting also endorsed Advocate Shree Ram Dawadi as the coordinator, Advocate Ram Chandra Gautam as the joint-coordinator, Damodar Bhattarai as member and Advocates Saraswati Shrestha and Preeti Karki as the alternative members of the Election Committee.

All the decisions endorsed by the meeting are listed below.